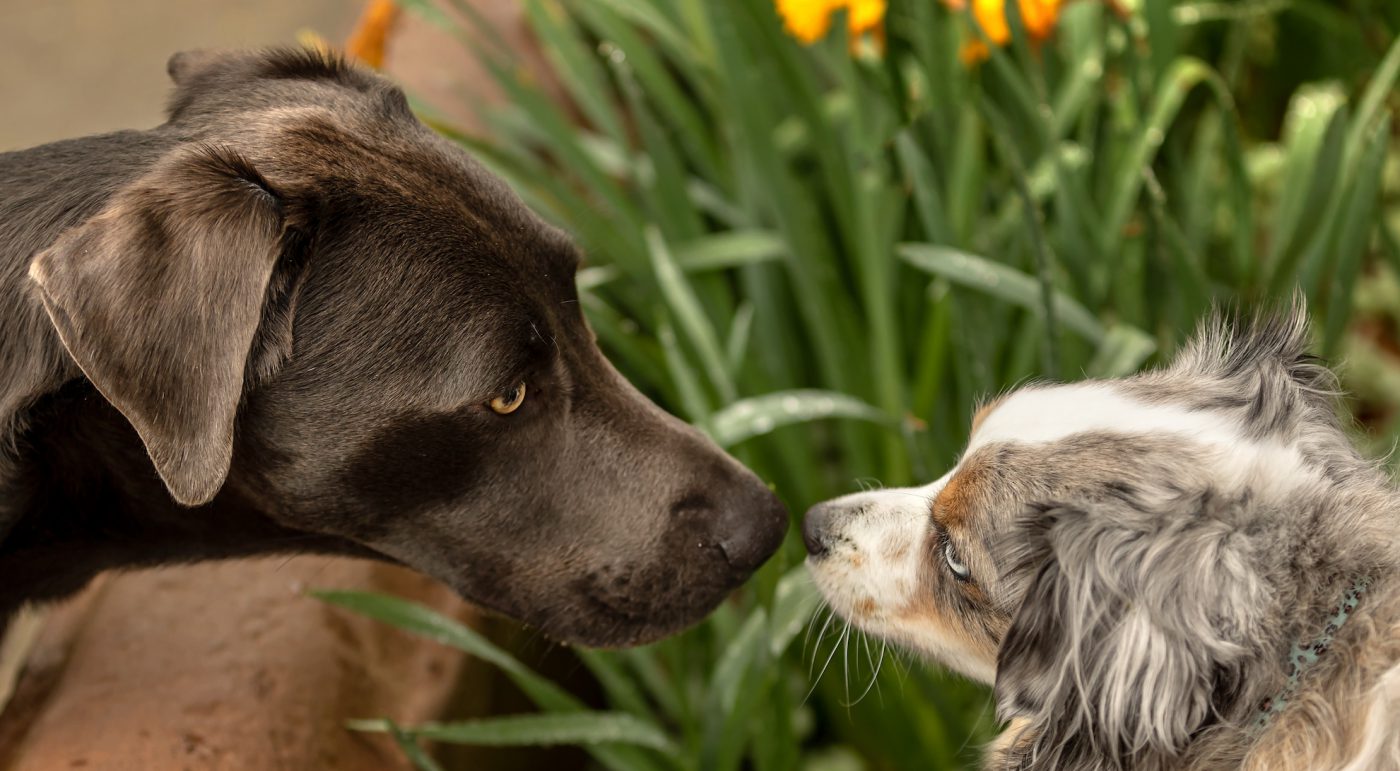 If you believe that your dog is particularly delighted to see other dogs who share their breed, you’re not alone. Many humans feel sure that their dogs have favorite breeds. But is it true?

“I think it’s fascinating that so many people think dogs recognize breed when there’s no evidence for it,” says ethologist Dr. Marc Bekoff, professor emeritus of Ecology and Evolutionary Biology at the University of Colorado, Boulder and author of the upcoming book Dogs Demystified.

This is not to disparage the idea that dogs might sense breed differences. Dr. Bekoff is interested in the subject—but says that, right now, we can’t prove that dogs differentiate between breeds.

“These observations are not dumb,” he says. “They’re really useful… people make an observation, and then somebody says: ‘well, let’s see how we can study it.”

Dr. Sarah Byosiere, Director of the Thinking Dog Center at Hunter College, agrees. “Right now I don’t think we have a ton of actual research that would back most of those claims up,” she says. “However, that doesn’t mean the phenomenon [of dogs differentiating between breeds] isn’t occurring.”

Do dogs even know what a breed is?

We cannot read dogs’ minds—although scientists have looked inside their brains using MRI scans—but it seems unlikely that a dog could grasp the abstract idea of a breed.

It’s been a long time since humans first domesticated dogs; estimates vary, but you’ll commonly hear that it happened at least 10,000 years back. One study says it could have been up to 40,000 years ago. But most dog breeds are much more recent developments, devised by people over the past century or two. It would be difficult to describe to a dog the abstract idea that they’re a corgi, a Labrador retriever, or a poodle, as defined by a human-concocted breed standard.

However, dogs’ inability to know that they belong to a breed doesn’t tell us whether they can tell the difference between breeds. We can’t prove that dogs understand that they are dogs, yet hardly anyone would argue that they don’t know when they meet other dogs. In fact, some research from France suggests that they can differentiate two-dimensional photographs of dogs from those of other animals.

So, even if dogs don’t know what a breed is, could there be something about other dogs—correlated in some way to their breeds—that they recognize and react to?

“I think they might generalize size or some other characteristic,” Bekoff says, “but it’s not really related to breed identification.” 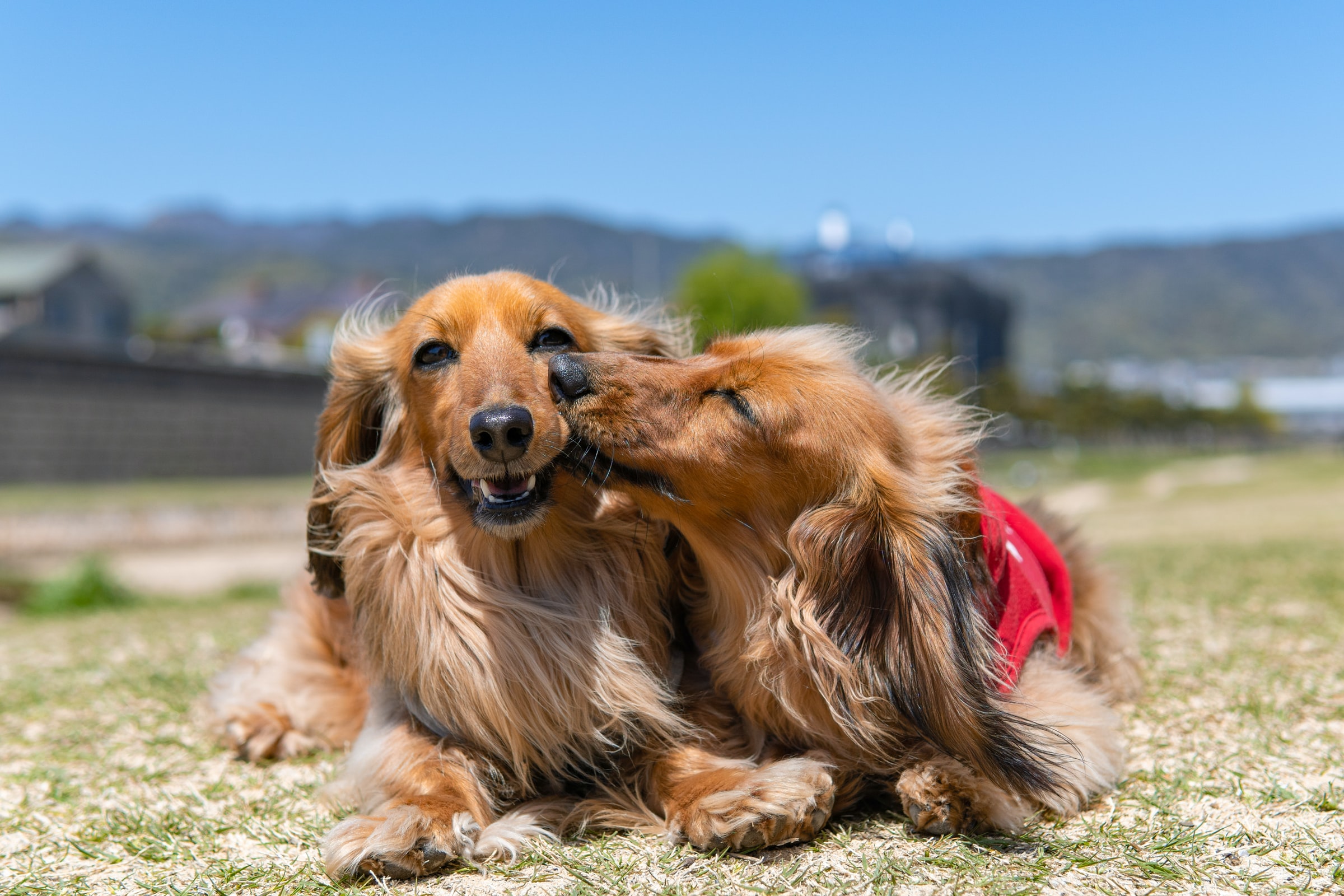 What can a dog see about other dogs?

Most humans who can identify different dog breeds do so by sight. Dogs’ vision is not their strongest sense; they’re much better at smelling, and we’ll have more on that later. However, dogs can still see pretty well. They make judgments about other dogs and their intentions through body language, and can even “read” different symbols. So is it outlandish that they might react differently to the sight of a Great Dane and a Chihuahua?

Dr. Byosiere thinks that dogs can develop preferences for certain appearances in other pups.

“We can make some inferences,” she says, “like maybe a dog who has a really fun dog friend who is white and fluffy might associate that positive experience with other white, fluffy dogs.”

The experiment referenced above, in which dogs seemed to recognize other dogs in photographs, suggests that dogs can identify their own species by sight alone—without the aid of smells or sounds.

“If you train a dog to look at images of other dogs on a screen and then you give them a set of new dogs—but also different species like sheep, tigers, etcetera,” Dr. Byosiere says, “will they then go: ‘okay, that new picture of a dog that I’ve never seen before kind of reminds me of what I’ve been previously trained on… so I classify that also as a dog… at least from 2D images, it seems like there’s evidence that they can do this.”

She allows, though, that it’s hard to know what dogs think they’re looking at when it comes to 2D photos. In the case of the French experiment, dogs looked at cutouts of animals’ heads only. “If you blow up a human head on a projector,” Byosiere says, “and it’s like an 8-foot human face, is that a human face to a dog? How do they process that? It’s quite difficult to ask an animal who doesn’t speak the same language as we do. It’s easy to ask a human: ‘what is that,’ and they say: ’oh, it’s a face.’ But there’s usually a lot of training involved to get a dog to answer that question.”

Dr. Bekoff often hears humans say that their dogs “seem to develop a preference for a particular phenotype.” But he thinks this likely “has nothing to do with matching themselves. It has everything to do with just familiarity.” He separates birds’ ability to recognize images of themselves from dogs’.

“There was a study—it was published in the late ‘60s,” he says. “It’s a great study, but very few people have read it who aren’t really into ethology. And the suggestion was that when birds drink water, and some of them have good color vision, they actually know what they look like… But do I think dogs know what they look like and can use that information? No, I don’t.” 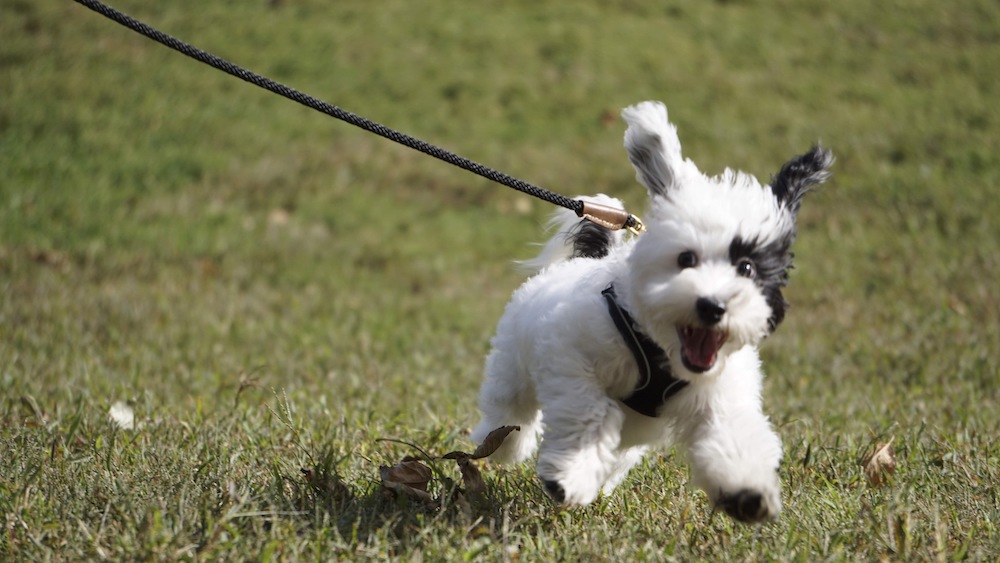 What can a dog smell about other dogs?

We have no evidence that dogs know what they look like. Smell, though, is another matter. Although dogs fail the “mirror test” for self-awareness—they don’t seem to recognize their own reflections—research by Dr. Alexandra Horowitz of Barnard College’s Dog Cognition Lab suggests that they do recognize their own scents. There’s also research suggesting that dogs can remember the scents of their mothers, offspring, and siblings, even after being separated for almost two years.

Olfaction plays an important role in many animals’ feelings about who and what they like—even humans’. “Humans apparently are able to use sweaty T-shirts to rank the attractiveness of members of the opposite sex,” says Dr. Byosiere.  “Given that dogs have such fantastic noses,” she says, “perhaps there is a chemosensory signal they are picking up on that may ‘smell good’ to them. This might result in behavior like associating with or not associating with [a particular] dog. Likely this is an unconscious decision, like [humans’] ranking of sweaty t-shirts.”

“Some have suggested that each breed might have a unique odor that helps dogs to know that they are members of the same breed,” says Dr. Bekoff, “based on some research done on mice focusing on the histocompatibility complex (MHC).”

But Bekoff has his doubts. “Dogs carry lots of different odors on them from rolling, from air, from pollen,” he says, “and I don’t see how a breed-specific odor, if there is one, would retain its integrity and be used for breed recognition.”

But even without associating an appearance or smell with a breed, dogs can use both sight and smell to detect differences in their peers. And we know that they can develop affinities for and dislikes of people, animals, and things over the course of their lives, and sometimes generalize—i.e., not just fearing one particular man who wore a baseball cap, but all men in baseball caps. So it doesn’t seem far-fetched that some combination of other dogs’ appearance and scent could please or displease your favorite dog, even if they don’t know what a breed is. 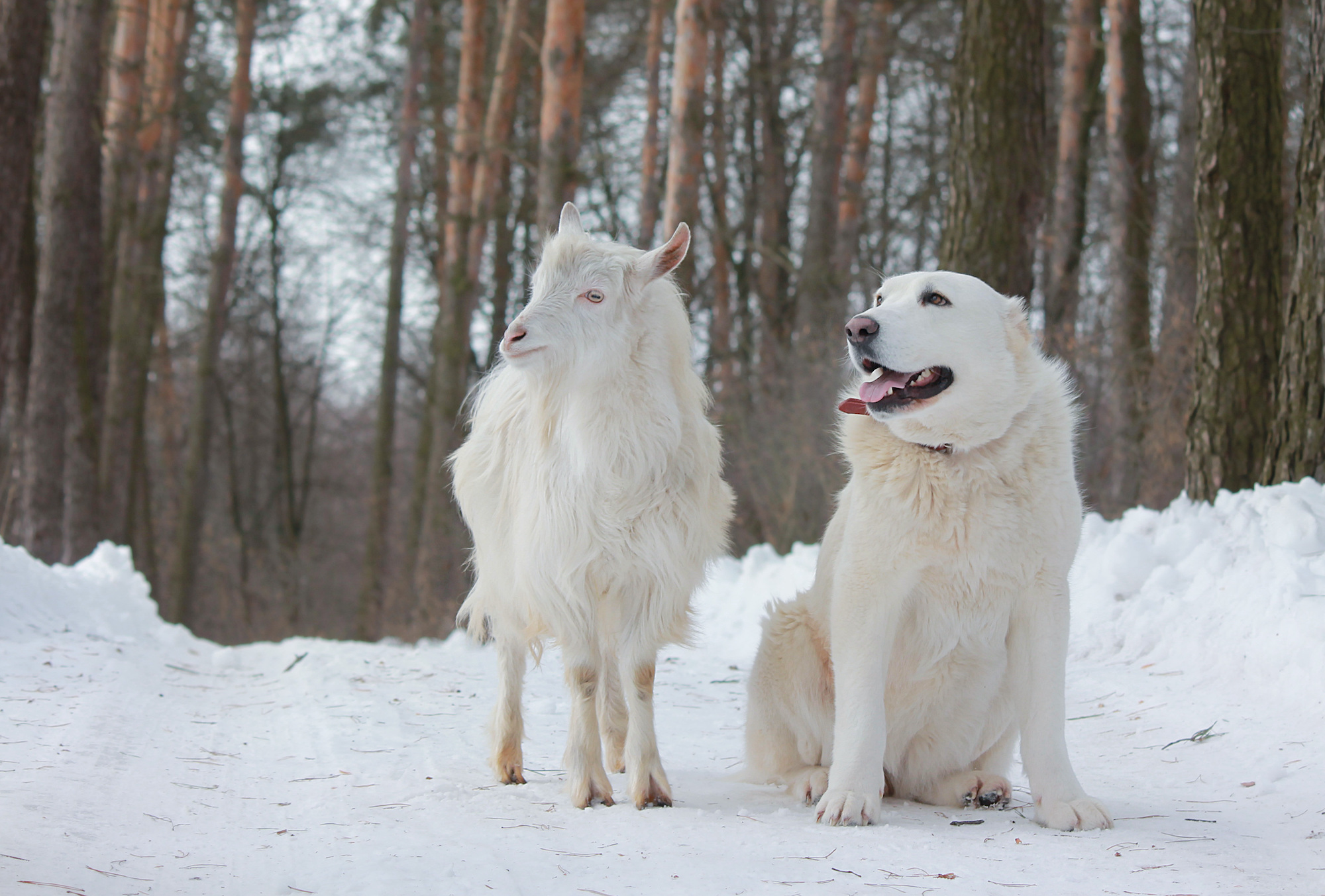 What can happen in a dog’s life that could make them predisposed to get along with a certain breed?

As a species, dogs have a special talent for making friends. When we wrote about how to make dogs happy,  Dr. Clive Wynne, Director of the Canine Science Collaboratory at Arizona State University, told us: “if you put a dog in the goat barn, the dog will grow up loving goats.” Exposing dogs to stimuli, including other types of animals, in puppyhood can make it likely that they’ll get used to them—or, in some cases, love them.

“There are lots of time periods,” says Dr. Byosiere, “in which dogs are exposed to, for example, littermates—so is there something about these critical periods when you are with your litter that help you create a template or a framework: what does some animal that you’re going to interact with frequently look like?” She says that this early experience with siblings could plausibly lead to something that looks like a breed preference. Would a corgi, for example, have “a preference to go interact with other corgis because you have either this positive association, or potentially when you were going through puppyhood everything around you was a corgi or looked like a corgi, and does that then play a role?” As with many such possibilities, she says, “we don’t have any research on that right now.”

Bekoff doesn’t think that dogs are destined to prefer other dogs who look like themselves. “Dogs of vastly different sizes can become best friends,” he observes. He cites two dogs who live near him in Boulder, who he calls “The Odd Couple.” “The Great Dane weighs 190 pounds,” he says, and “the dachshund weighs 12.” He thinks that shared interests and quality time together may be more important factors in dogs forging bonds than, say, a similar size or facial shape. 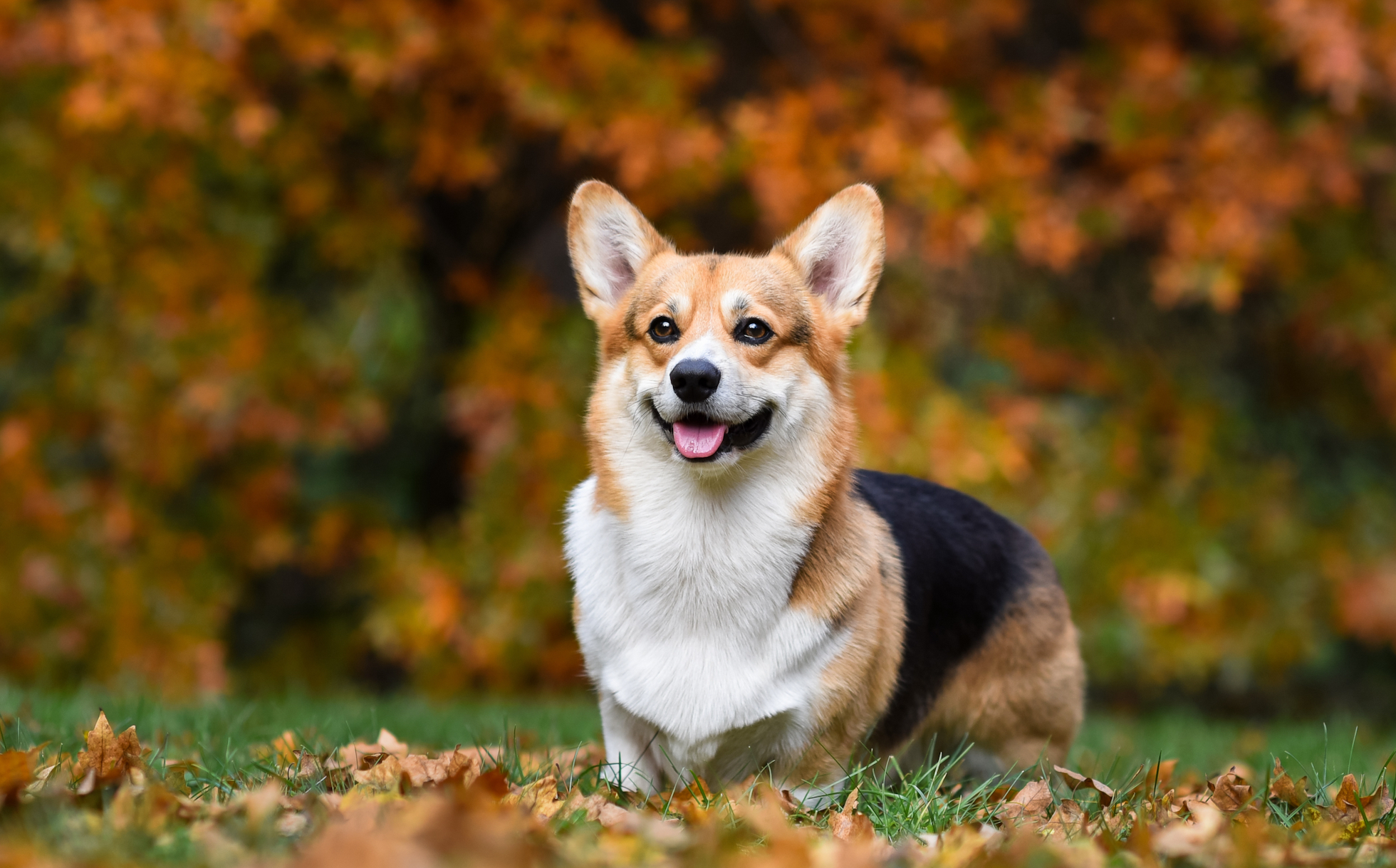 Lots of humans have attachments to particular types of dogs, or a fear of them. Maybe they have a favorite breed, or maybe they like other dogs who remind them of their own. Perhaps they remember the look of a childhood pet, and feel especially warm toward other dogs who resemble that dog. Dogs are skilled at picking up even subtle cues about humans’ emotional states, and may react in ways that make us think they have breed preferences of their own.

“If you are walking down the street,” says Dr. Byosiere, “and you’re like, ‘oh my God, it’s so cute—it’s a corgi!’”, it could be that just the excitement in the tone of your voice influences your dog’s behavior and their association with that oncoming animal—even if they’ve never seen that specific corgi before.”

“That’s the issue with dogs when it comes to studying their behavior and cognition,” she continues, “is this ‘Clever Hans’ effect that we’ve seen in horses long ago—where you can see that subtle [human] behavior impacts when a horse will make a decision. And dogs are equally good at this, even when we are unaware of what’s happening. So we may have our own biases that influence our dogs’ behavior.”

Over time, just as they do when they receive intentional training, a dog may start reacting to a stimulus without you doing anything at all to encourage them in the moment. 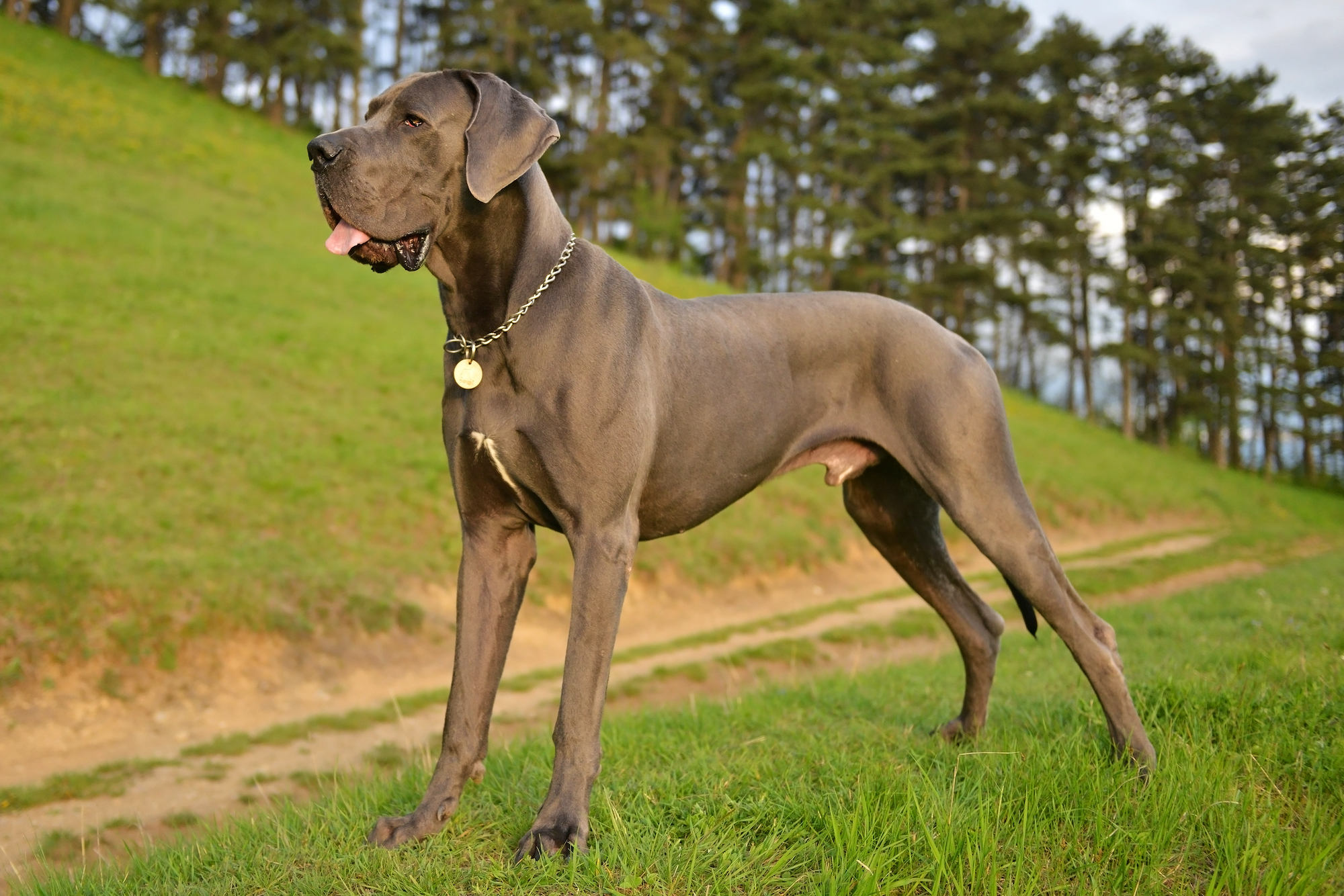 So… can dogs tell the difference between breeds or not?

Dogs don’t know what breeds are, and we’re not aware of any studies proving that they can tell different breeds apart. But all the evidence above does point to something more important about all the different ways dogs explore their world, and the emotions they connect to their experiences. It’s always worth taking your canine friends’ feelings into account. Giving your pup more time to do things they like, and helping them get comfortable with challenging situations, is a good idea—no matter what reasons they have for liking, disliking, or being extra excited to encounter certain other dogs.