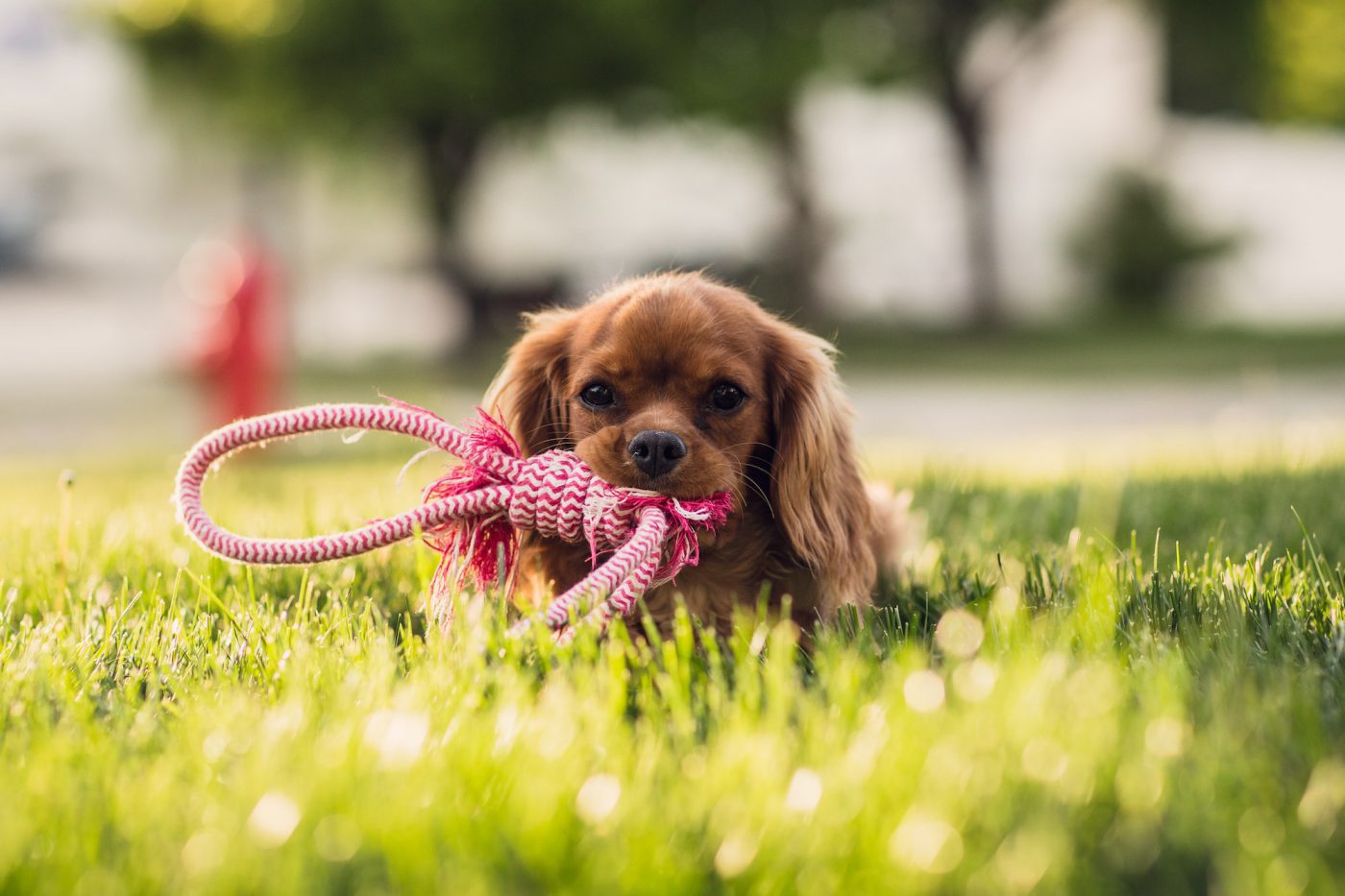 This post was contributed by Melissa McCue-McGrath, CPDT-KA. Melissa is a dog trainer in Boston, Massachusetts and has a special interest in dogs living in urban environments with their owners. She is the author of Considerations for the City Dog which is available on Kindle and on Amazon.

A dog’s gotta play, but toys can be expensive. Good news: it’s possible to make fun, engaging toys for your dog with odds and ends from around the house, or from local hardware and crafting stores. Read on for tips on DIY toys for your dog.

Flirt Pole
My favorite toy for playing with dogs in urban environments has the most unfortunate name in the world. I suggest doing a Google search for “flirt pole dog,” or else you’ll find yourself in the wrong corner of the Internet. Essentially, a flirt pole is a giant, glorified cat toy, but for dogs. It’s a tool used to encourage chasing, tugging, and pulling, and I use it as a means to exercise impulse control. The great benefit is this toy works with whatever size space you have available. It’s my favorite way to get a high-drive dog some aerobic activity without personally needing to get in shape for distance running.

Think of this toy in terms of a fishing pole. There is the end that is held, and the end that gets the fish. First, thread the rope through the PVC pipe. Tie a large enough knot at the casting end of the PVC pipe so the rope won’t get pulled out of the pipe when Sparky tugs. Next, tie a similarly large knot in the rope at the other end of the pipe so the rope doesn’t slide in and out of the PVC. Finally, secure a stuffed toy or rope to the business end of the rope. Your dog will grab, tug, shake, and chase this secured toy. For bonus points, you can use electrical tape to decorate or add extra grip.

A training note: Please don’t use this on slippery surfaces! Enjoy these toys on dry, grassy areas or rugs only.

Snuffle Mat
A snuffle mat is a fantastic option for a dog who likes to dig or sniff. This criterion basically qualifies every single dog on the planet.

Spin the Bottle
This is a doggy version of spin-the-bottle, with a slightly different outcome than when we were teenagers.

Recycling-the-Boxes Game
Have you recently purchased shoes or ordered something online in the last month? Is the box still kicking around? This is literally the easiest toy you can make.