Dogs can’t tell us whether they dream or not—but there’s reason to believe that they do.

Dogs, like almost all mammals, go through REM (rapid eye movement) sleep. While REM sleep is not necessary for dreams to take place, it is the stage associated with most dreams people remember.

Most dog owners will tell you that they’ve seen their dogs twitch, bark quietly, move their legs, and wag their tails while they sleep. This cute behavior is often cited as evidence that dogs are dreaming, and it’s more common in younger and older dogs in whom the pons—the part of the brain that, among other things, stops animals from moving around in their sleep while their minds are active—is either not yet fully developed or may not work as well. There may be other possible reasons for dogs’ movements and barks while they’re asleep, but dreaming is an intuitive explanation.

While scientists are cautious in the language they use, studies of rats indicate that they do something most of us would call dreaming. There may be a distinction between “recalling memories” of a maze in one’s sleep and dreaming, but from our vantage point it’s close enough. And research has shown that rats’ visual cortexes are active during sleep, too.

Due in part to the research cited above, and general similarities between the brains of humans and other mammals, ethologist Marc Bekoff says that dogs—and all mammals—dream. He has written that he feels “confident claiming that all mammals dream,” and adds that “this does not mean that other animals do not dream.” Indeed, the BBC has discussed a University of Chicago study that seemed to show finches dreaming about the songs they sang during the day. And Wired has reported on Brazilian research regarding the dreams of octopi.

Sleep also appears to help dogs’ memory, much as it does for humans.

Plus, while dogs cannot use words, some gorillas have been able to learn sign language. Dr. Dierdre Barrett, who has studied dreams extensively, cites words signed by gorillas Koko and Michael—describing situations that they would only talk about just after waking—as likely evidence that they had been dreaming. 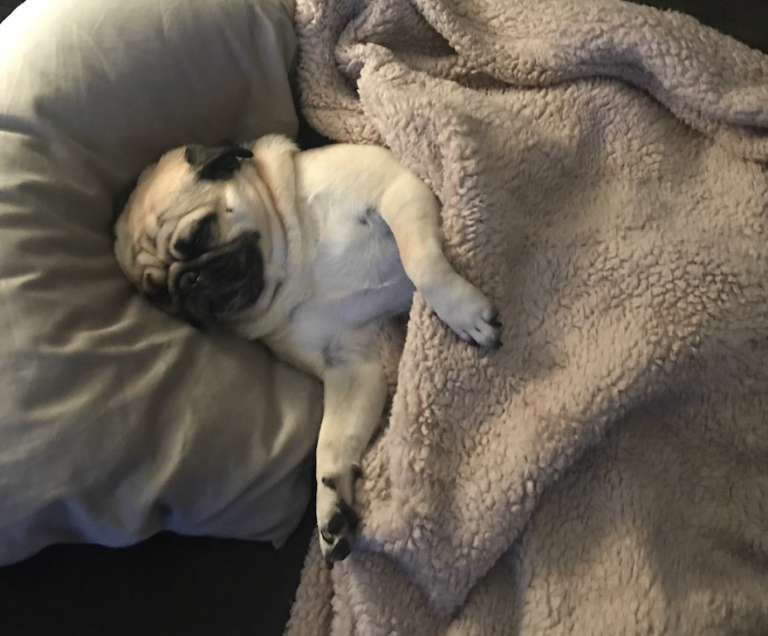 What do dogs dream about?

If you trust an old cartoon that aired on Nickelodeon, they may dream of themselves sleeping. Scoff if you must, but the short film credits three veterinarians as technical consultants. In The Far Side, Gary Larson drew a sleeping dog who told tall tales about achievements like outrunning greyhounds and barking in seven languages (the punchline: “It’s best to let sleeping dogs lie.”).

A more credentialed authority, Dr. Stanley Coren, who wrote a whole book called Do Dogs Dream?, has said that dogs dream about their daily lives. He’s discussed research in which scientists deactivated the pons in dogs and watched them slumber. In these experiments, the dogs moved around as if they were undertaking activities they pursued while they were awake—leading Coren and the researchers to suspect that they were dreaming about the kinds of things they did during the day. Dr. Coren’s article also includes an amusing anecdote about a basenji who rises from sleep and immediately runs to hide under his owner’s legs—while his owner is using the toilet—in what the owner interprets as an attempt to evade a dream bath.

Dr. Barrett provided perhaps the most crowd-pleasing theory in one interview: that dogs probably dream about their owners. That’s fair, because we dream about dogs. 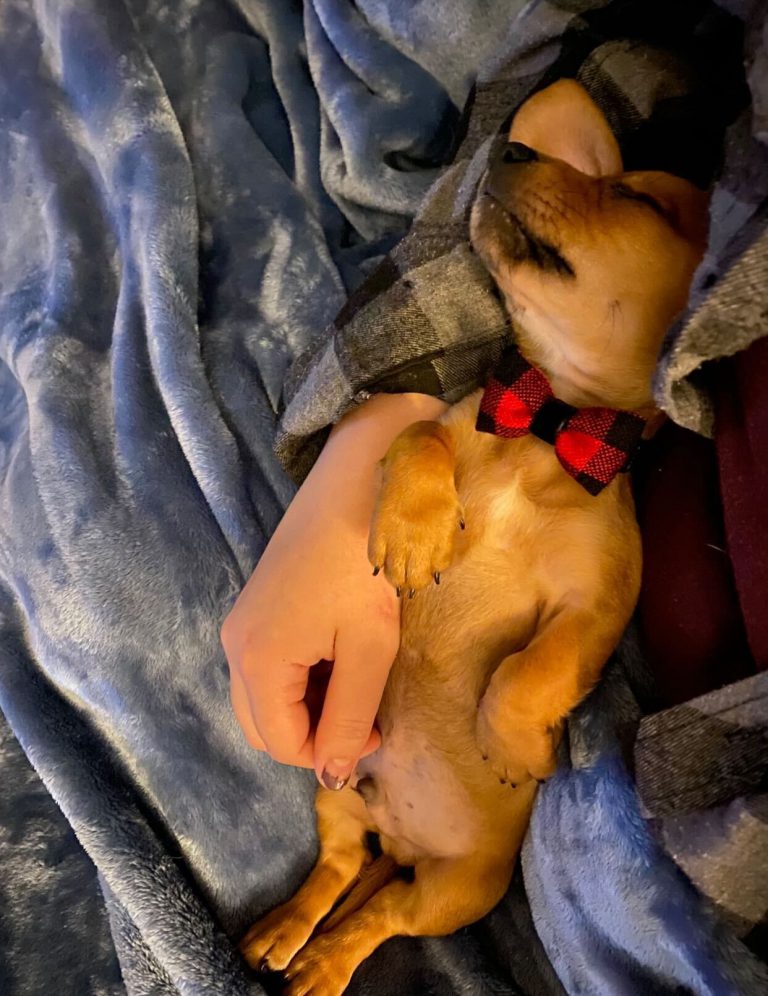 Can you show me some photos and videos of dogs who seem to be dreaming?