Why Does My Dog Circle Before Pooping and Lying Down? 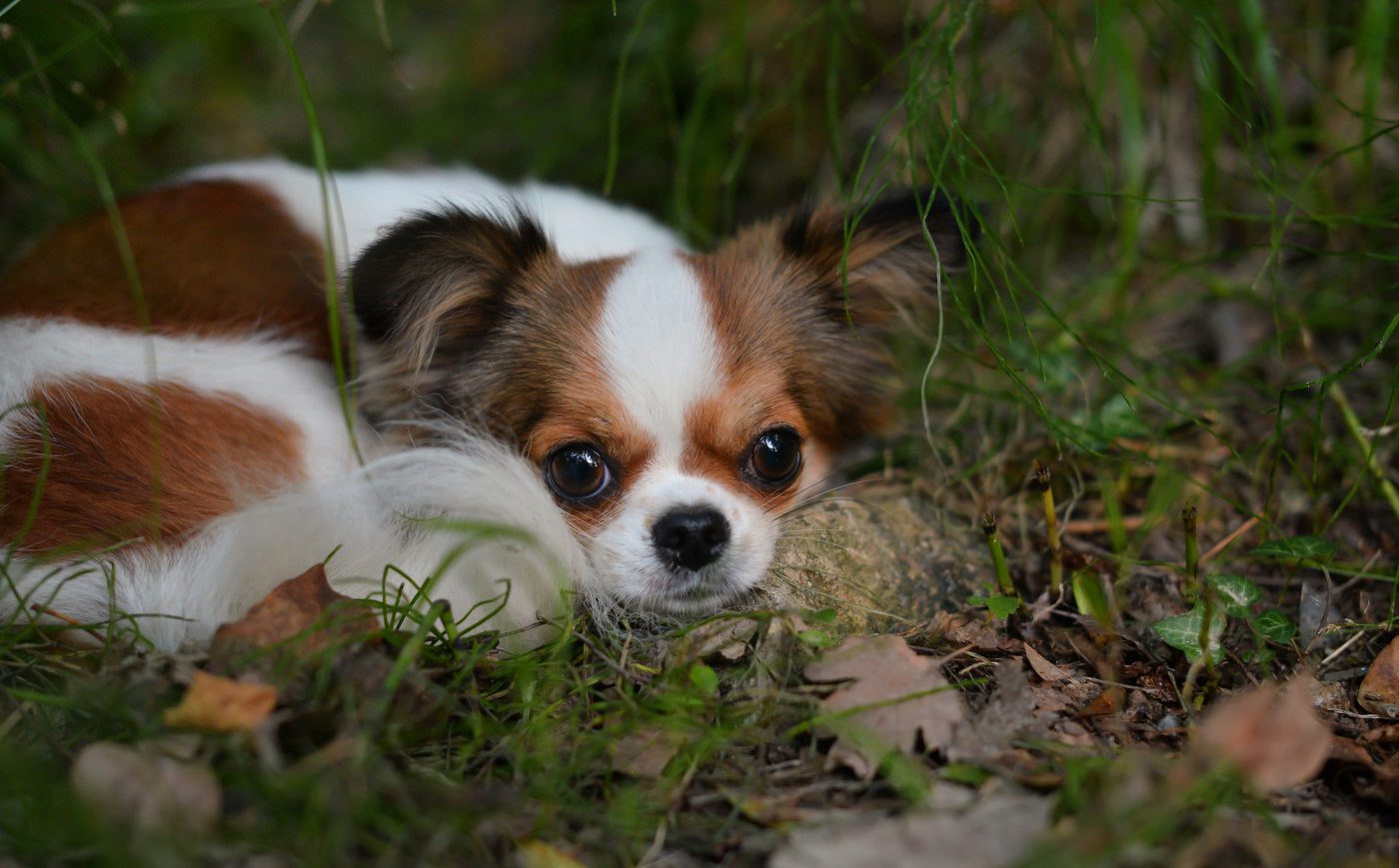 Captivating humanity for decades, the mystery of why dogs circle before pooping ranks with Bigfoot’s existence and Jimmy Hoffa’s death. The short answer is: one knows for certain. But science has offered a few enticing explanations.

Circling to get in a North/South position

One theory on pre-poop-circling holds that dogs circle before pooping to align themselves with the Earth’s magnetic field. A 2013 study of 70 dogs (and 1,893 poops and 5,582 pees!) found that dogs are sensitive to variations in Earth’s magnetic field and prefer to “excrete with the body being aligned along the north-south axis.” A more recent study confirms that dogs do indeed have “magneto reception,” or the ability to use the Earth’s magnetic field to navigate. But in the end, animal behavior expert, author, and professor emeritus of Ecology and Evolutionary Biology at the University of Colorado, Boulder Marc Bekoff says, no one really knows for sure. “Despite some experts claiming dogs always circle before they poop, it turns out that this isn’t at all so,” he says. 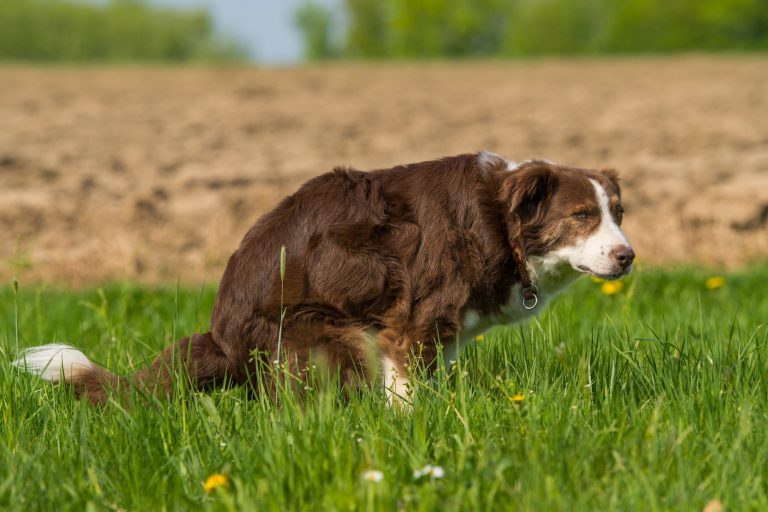 Circling to get the lay of the land

Dr. Bekoff says dogs may circle in attempts to get good footing or to be sure they can see who’s around when they’re in the act, which is a somewhat compromised position.

Circling could also be linked to the dog’s attempt to spread their scent, says Dr. Andrea Y. Tu, DVM, and Medical Director of Behavior Vets of New York. They will release identifying scent markers as they defecate, and in doing so, possibly lay claim to the patch of grass beneath.

Circling before lying down: Just “making the bed”

There are a few common explanations for why your dog circles before lying down. The first theory holds that circling is your dog’s way of simply making a more comfortable spot. Circling can involve one spin, or several spins, or the act of digging at the bed/rug/floor before plopping down. This could be a vestige of a nesting action, harking back to when dogs’ wild cousins had to tamp down grass and other surfaces, smoothing away any prickles or stones. 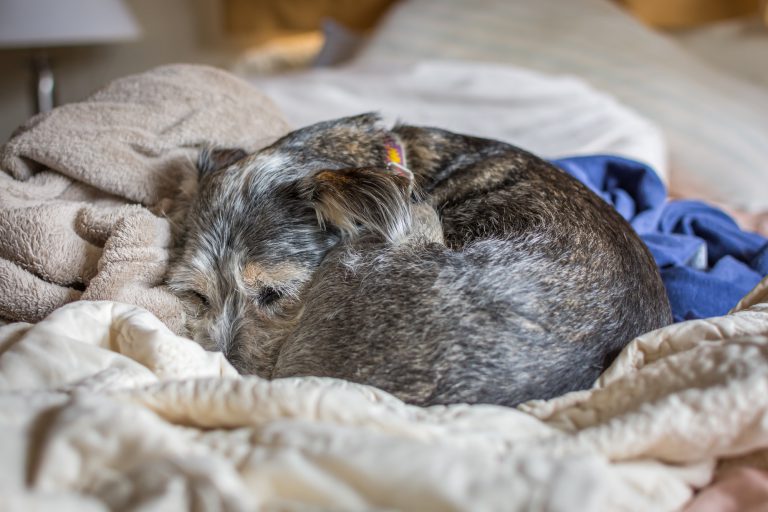 Stanley Coren, PhD., professor emeritus in the Department of Psychology at the University of British Columbia and author of multiple books on dog behavior including The Intelligence of Dogs, conducted his own survey of 62 dogs to test this “nesting” theory. The dogs were observed bedding down on either a smooth surface or an uneven surface (like a thick shag rug). He found that dogs were about three times more likely to circle on the “rough” surface—the thick carpet—and several dogs on that surface also scratched or dug before lying down.

The other explanation for bed-time circling is that it’s another throwback evolutionary behavior linked to how wild canids arrange themselves in the most defensive position, with their nose to the wind and a quick sniff and visual scan for danger.

Conclusion: This one is really up for grabs, but circling is probably your dog’s way of feeling safe or getting comfortable before answering the call of nature, or laying down for the night.