Digest In Your Inbox

How to Feed a Picky Eater 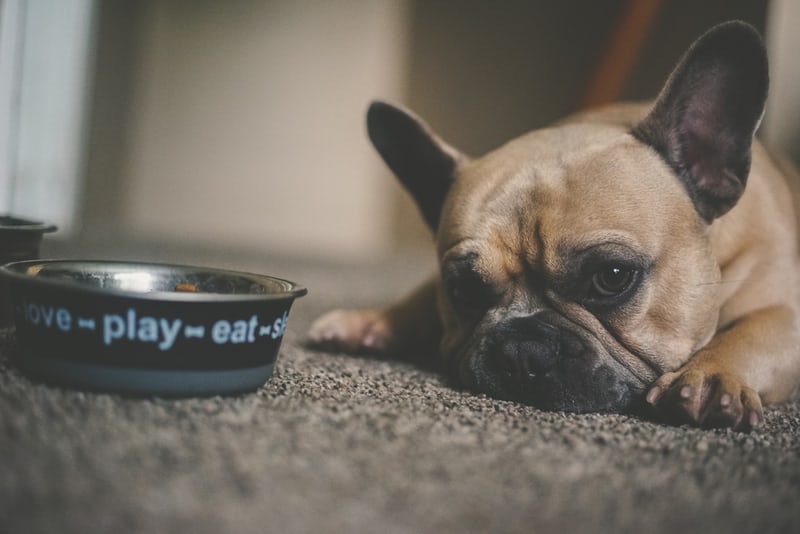 Dogs’ dining habits, like their personalities, are remarkably varied. Some dogs will inhale everything you put in front of—or anywhere near—them, while some never seem to clear their plate, or are reluctant to even go near their food.

As picky eating isn’t a medical condition, there’s no formal definition, but according to some vets, you can consider your dog a picky eater if you’re having trouble getting them to eat on a regular basis, and/or they won’t consume their food at least once a day. And anybody who’s dealt with a picky eater knows how frustrating it can feel for the feeder.

For what it’s worth, it’s likely not much fun for the eater either, which is part of the reason why finding a solution to getting a dog excited about mealtimes is so important. Picky eating isn’t always a major cause for concern, but mealtime should be one of the best bits of a dog’s day. And at its worst, it can be signs of an underlying medical issue or environmental stressor. So let’s examine what could be causing that fussiness, and what you can do to help.

Is picky eating a sign of a serious health issue?

Most likely, your dog’s picky eating has less to do with their health and more to do with other factors, but it’s not unheard of for dogs’ appetite to be stymied by unnoticed health problems.

The biggest indicator of whether the issue is behavioral- or health-related is if the pickiness is a sudden change in your dog’s relationship with food, rather than a consistent pattern. If your pup has always been picky about her diet but generally healthy, that suggests finickiness may just be a character trait, similar to human tastes and ingredient preferences.

However, if your furry friend suddenly becomes finicky about her food, that is more concerning from a medical standpoint. In puppies, who have more sensitive developing bodies, abrupt pickiness about food warrants a vet visit if it lasts 24 hours. If an adult dog’s appetite does not return to normal after 48 hours, you should contact your veterinarian.

What health issues can cause hesitation with food?

While the list of potential health causes of picky eating is too long to list here and best covered by a vet, there are some conditions that can give your dog the appearance of pickiness, even if his attitude towards food is still very favorable.

Food allergies and intolerances can cause dogs immense discomfort for hours after eating, and are typically indicated by upset or sensitive stomachs, or digestive problems such as gas, vomiting, and diarrhea. Excessive scratching can also indicate an allergy manifesting itself as a skin irritation.

Another reason your dog may be displaying misleading signs of picky eating is the presence of an oral injury. If you’ve noticed your dog becoming increasingly hesitant with his food, one of the first steps to take is to check that his mouth, tongue, and gums look healthy. If they look sensitive, tender, or painful, it could be causing the dog’s lack of enthusiasm for food. Poor dental hygiene over time, or playing with something new like a stick or a toy with sharp edges, can often be the culprits for a mouth injury.

If you suspect either of these to be the cause, a trip to the vet will likely be in order before you can begin to get your pooch back on track with food.

What causes true picky eating? And what can be done about it?

If you’ve ruled out a health-related cause, it’s reassuring to know that picky eating just based on personality is fairly common. Among small breed dogs especially, picky eating is fairly prevalent, but even the most food motivated larger breeds, like Labradors, can be picky.

On the other hand, some dogs learn to be picky, typically due to their unwitting owner’s feeding behaviors. The main ways that humans cause their canine companions to be picky with their food are by giving their pups too many treats, overfeeding table scraps, consistently changing their dog’s food, or causing them stress.

With treats, whether they’re dog-specific or human food, too many of them will encourage your dog to hold out for them. They’re usually tastier, so, much as it might be tempting to regularly reward your dogs with tasty snacks—especially if they’re not eating their regular food—it’s important to show restraint, otherwise the dog can end up disdainful of its own food. It’s also harder to monitor calorie intake with excessive treats, and certain human table scraps can actually be harmful to dogs.

Stress and anxiety can also be reasons for a dog to lose her appetite. Just like humans, some dogs express emotions through changes in eating habits. If a dog’s food is consistently changing, served in an unfamiliar environment, or if there are other dogs around, these can all cause a pup to be put off her meal. Ensuring a picky eater feels safe and comfortable will keep her open to trying to eat.

Give them something they enjoy

Of course, all of these possibilities aside, your dog can just be unenthused by her food. There are countless tales of pups whose owners thought they were “grazers,” only to be amazed at how quickly they wolfed down their food once it was something they genuinely enjoyed. The truth is, dogs are not and have never been grazing animals, having evolved to eat quickly so no other dogs can take their food before they’ve had their fill. It’s a basic survival tactic. Grazing behavior is almost exclusively caused by a lack of interest in the food they’re being provided.

You may scoff at the idea of a species that will happily eat feces and garbage having “opinions” about food, but the reality is the kibble manufacturing process uses extremely harsh cooking methods which deliberately overcook the ingredients to make less-than-savory ones (to put it mildly) safe, and then further dehydrate the product to make it shelf-stable for longer. It’s only once the balls are sprayed with fats and oils that it’s even remotely palatable for a living creature to eat.

But offering these dehydrated, overcooked pellets for every single meal of dogs’ lives is a recipe for boredom—especially if they know there’s better, tastier stuff out there. By contrast, fresh food that’s formulated specifically for dogs is far more palatable, easier for them to eat and digest, and healthier too. The ingredients are invariably higher quality and the benefits are substantial.

Something to chew on…

Once you’ve eliminated health-related issues as the cause of perceived pickiness, getting your dog excited about food is usually a fairly simple task, regardless of its genes and its personality.

Ensure your dog is not getting too full from treats, spoilt with human food, or distracted by environmental factors. And if he’s still less than eager, you can always try switching him to a fresher, dog-appropriate food that’s closer in taste and texture to the human food he enjoys. You might be amazed at how much excitement dogs can show about eating their own food, and how much you get from watching…

What Should I Feed My Dog With Itchy Skin?

What you should know about (extremely rare) dog lick infections

The Farmer’s Dog is the leading direct-to-consumer, fresh pet food company, offering customers and their pets the highest quality and convenience without retail markups. All human-grade meal plans are made to order, designed by veterinarians, and personalized to provide the ideal nutritional balance for every dog. Get started today at https://www.thefarmersdog.com/. 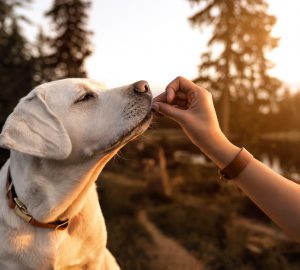 A Guide to Healthy Dog Food: What it is (and isn’t) 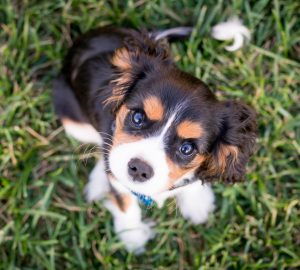