I Psychoanalyzed My Dogs. Here’s What I Learned. 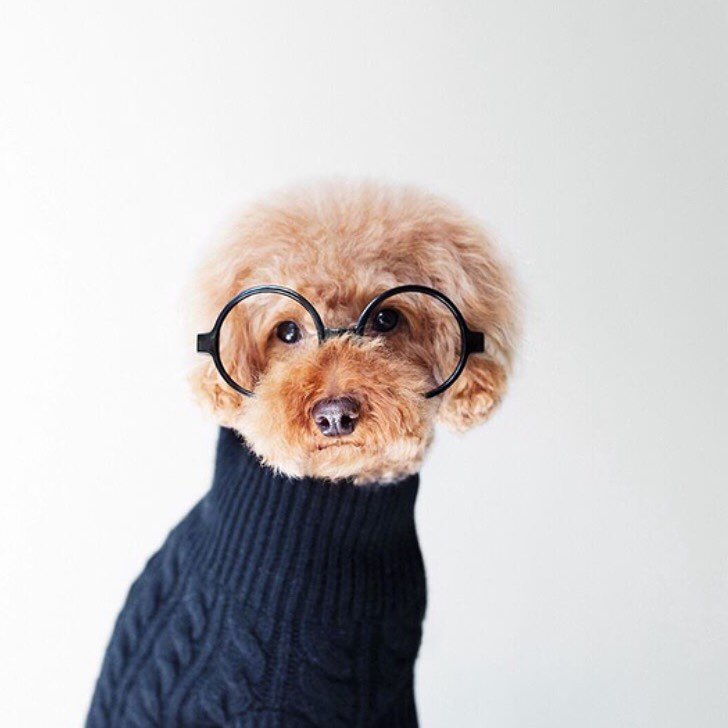 My earliest understanding of dog psychology stemmed from Rugrats, the Nickelodeon children’s cartoon I faithfully watched at 6am on Saturday mornings. The show’s protagonist, Tommy Pickles, had a dog (a Siberian Tiger Hound, to be precise) named Spike. Here’s the thing about Spike — he was in almost every episode of Rugrats. And while Tommy Pickles’ parents, Stu and Didi, thought that Spike was an aloof dog, dedicated viewers knew the real truth. During episodes in which we had the opportunity to see things from Spike’s point of view, audiences learned just how aware dogs are. Spike protected Tommy and the other babies from danger, lead them on spectacular adventures, and sparked the notion in kids everywhere that, like us, dogs have a unique way of seeing the world.

Any dog owner will attest to the fact that our dogs have individual personalities. One of my pups, Theo, is infamous for his stupidity and constant euphoria — he’s the “happiest dog in the world,” as we say. Winnie, my other dog, is prone to growling and yapping at people, stealing our socks obsessively, and showing signs of antisocial behavior. And yet, she’s brilliant. She listens flawlessly, loves playing fetch, and will always “drop it” when you tell her to.

I’ve always wondered if these unique character traits are a product of Winnie and Theo’s respective DNA. Theo is some sort of a Labradoodle mutt who we rescued from Texas, while Winnie is a purebred Cockapoo from a well-respected breeder in Pennsylvania. But is breed what determines a dog’s personality? And if it doesn’t, then what metric can we use to better understand the type of people our pups might be?

The Myers-Briggs Type Indicator (MBTI) is a test based on principles stated by psychologist Carl Jung. Jung concluded that there are 16 different personality types, and the MBTI helps a person deduct which of the 16 they are. The (admittedly unofficial) version of the test I took online provides users with statements like, “You do not usually initiate conversations,” and “Winning a debate matters less to you than making sure no one gets upset.” I then used a sliding scale to annotate how strongly I agreed or disagreed in order to determine my personality type.

The 16 types are referred to by an abbreviation of four letters — the initial letters of each of the four type preferences, i.e. extraversion (E), intuition (N), feeling (F), judgment (J). Some people believe you can use this data to match with the ideal breed for you or to determine what dog breed you would be. I’m an ENFJ, which, according to the Internet, means I’m a Border Collie. We both share ENTJ tendencies like curiosity, unlimited energy, and an “intense stare.” Cute.

I considered taking the MBTI on behalf of Winnie and Theo (which I still haven’t fully ruled out) but decided to search for a similar, canine-specific alternative. Dognition, a site that launched in 2013, gives paid users access to the Dognition Assessment, which provides interactive games and expert analyses on how your dog sees the world. The games analyze five central cognitive areas: empathy, communication, cunning, memory, and reasoning. At the end of the assessment, dog owners receive a report that labels their pup as one of nine personality types, with names like “Einstein” or “Charmer.”

Many people believe breed says a lot about a dog’s disposition, but it might be a bit more nuanced than that. The Dog Genome Project concluded that dog genes are actually what determines personality, meaning that when dogs of the same breed share genes, personality traits are passed down through those genes as well.

But as much as genetics determine a dog (or a human’s) outward expression, external stimuli and social environment can have a major impact as well. Dogs who were once abused or neglected, for instance, can suffer from prolonged psychological damage and behave much differently than other dogs of the same breed. On the other hand, dogs have an incredible ability to love deeply even after experiencing some of the worst sides of humanity, and their personalities can evolve and shine in new environments.

Ultimately, I’m still left with a few key questions. Am I a Collie? Is my dog, Winnie, just a mean girl? And, perhaps most importantly, what would Spike Pickles’ personality type be? Let us know your thoughts and share your dogs’ personality types in the comments below!