If Your Dog is Being Difficult, They Might Be In Their “Teenage” Phase 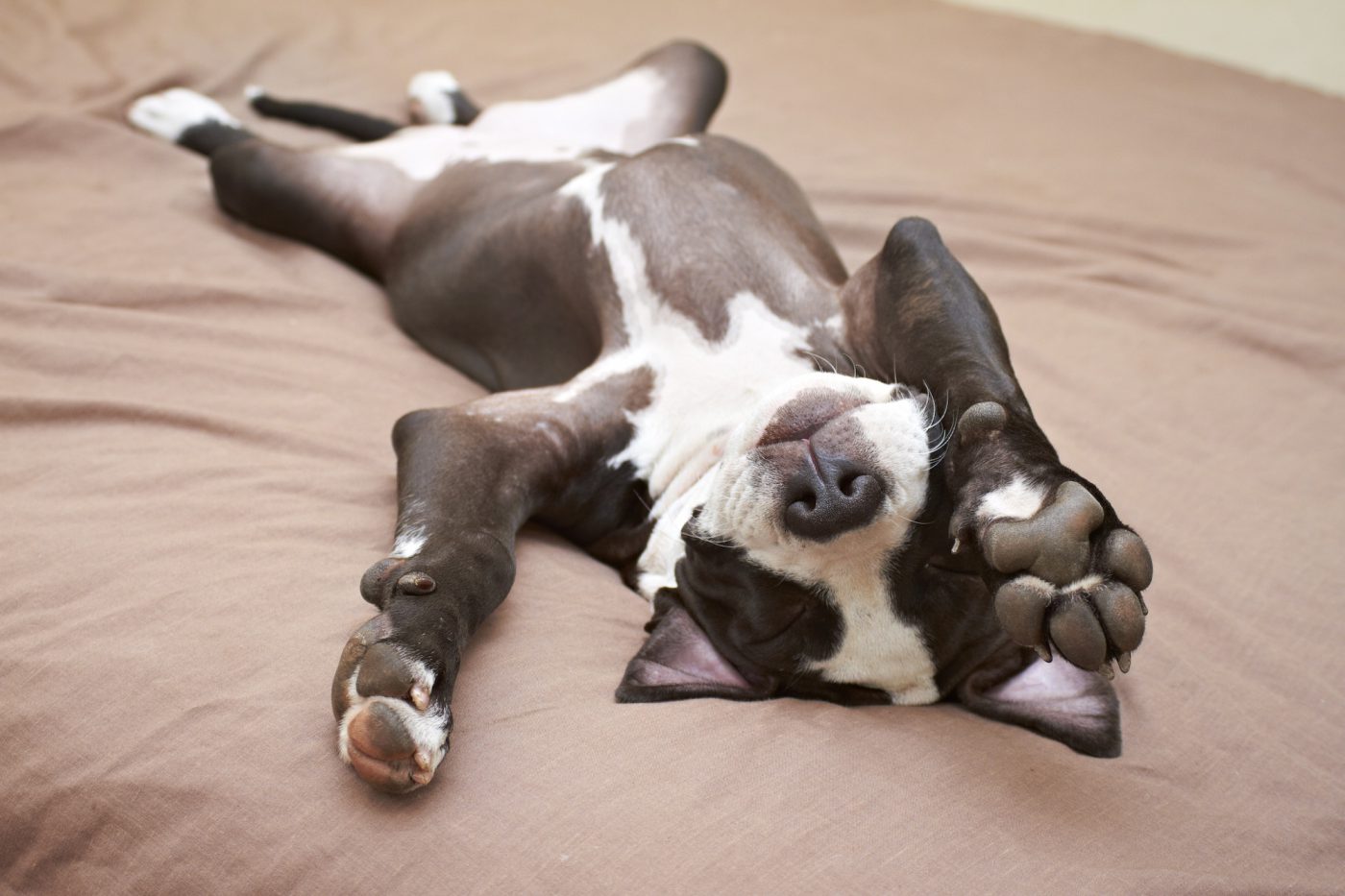 Any parent of teenagers will tell you that raising kids during their adolescent phase is a trying task, what with the know-it-all attitude, the uncanny ability to ignore anything that resembles a request, and the sudden urge to be anywhere but with family. But even if you’ve never raised a human, you may have encountered these traits—in the canine members of your household.

If your dog is suddenly ignoring the “sit” or “come” commands they mastered in puppyhood, you’re not alone. New research from a team of UK universities has shown that dogs do go through a rebellious adolescent phase, and they can be just as obstinate as human teens as they navigate fluctuating hormones and push for a bit of independence.

Researchers observed the behavior of 70 dogs being trained as guide animals at five months old and then again at eight months old. The dogs included German shepherds, golden retrievers, Labrador retrievers, and mixes of these breeds. The older dogs were found to be twice as likely to ignore sit commands when given by their caregivers, which led researchers to conclude it wasn’t that the dogs didn’t know how to sit—it was that they were stubbornly choosing not to. The kicker: the dogs still obeyed a stranger giving the same command.

Sound familiar? “We have been able to show for the first time that dogs display increased conflict behavior, characterized by a reduction in obedience, during puberty,” wrote zoologist Dr. Naomi Harvey, who contributed to the research. “Importantly, this reduced obedience is seen only in how the dog behaves towards their caregiver.” The researchers also collected data from 285 guide dog owners, which revealed similar results and found that both younger and older dogs seem to be more trainable than teenage dogs.

“The hormonal fluctuations and the remodeling of the brain to become an adult brain cause a lot of issues,” Harvey told the BBC. And, sadly, the resulting behavior can have repercussions for the dog, whose owner may not realize that their pets may just be going through a difficult phase—this age group is the most likely to end up in shelters in the U.S.

“Dogs absolutely do go through an adolescent phase, and it can be really helpful for owners to understand their dog’s behavior as they transform from a puppy into an adult,” says Amanda Gagnon, an anthrozoologist, dog training and behavior consultant, and founder and head trainer at Amanda Gagnon Dog Training in New York. “We were all teenagers once—it’s a time when you want to explore your boundaries, become more independent, and blow off your parents. And there are definitely some similar behaviors that can come out in our dogs.” 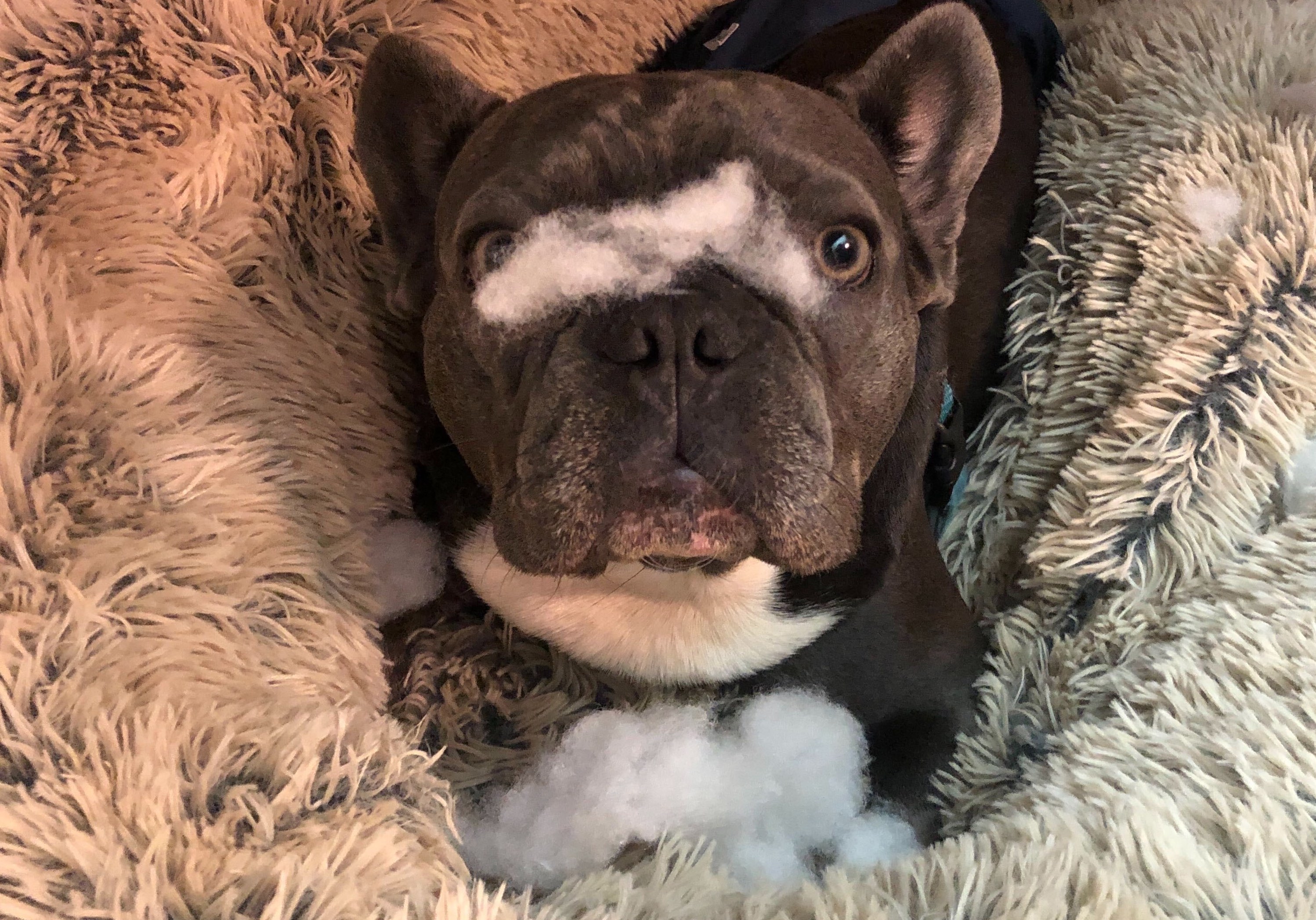 According to Gagnon, dog puberty starts earlier than many dog owners realize—it can begin as early as five months of age, and their adolescent behaviors could drag on until they’re at least a-year-and-a-half (or longer). Among the indicators that your dog is entering adolescence: increased energy levels, heightened interest and curiosity about their surroundings, and destructive behaviors like chewing or barking to get what they want. “Not listening to you is probably the biggest clue,” she adds. “It’s not that your dog has forgotten their commands…it’s just that they now have competing interests.”

Living with a teen dog

Anthony De Marinis, a dog behavior consultant, animal trainer, and owner of De Marinis Dog Training and Behavior, notes that your dog’s breed will also play a role in just how long your dog’s teenage years last. Some dogs could seem a bit “moody” up until they’re three years old, he says. So what should pet owners do about all of this?

An important step is for owners to simply be aware that this is a normal phase and not a life-long regression, or a sign of a “bad dog.” The other big factor is, of course, training–early, and consistently. “Training is the most important thing you can do for your dog—and it needs to happen in early puppyhood, ideally around eight weeks. It’s during that stage that your dog is in their most impressionable phase of life,” De Marinis says. The good news is that if pet owners are consistent and diligent about training and properly socialize their dog, it won’t be as difficult to get them on track when they’re going through their teenage years. “When things do start to go south, that’s when pet owners can go back into their toolbox and work on basic training and reinforce good behavior,” he says.

Gagnon says owners should look for ways to minimize their dog’s desire to engage in destructive behaviors whenever possible. “That means increasing the amount of physical and mental stimulation your dog receives, such as through plenty of exercise, preferably earlier in the day,” she says. Another way to keep your dog stimulated (and out of trouble) is through puzzle toys, which can be stuffed with treats, or even their regular food.

“Above all, just keep in mind that your dog hasn’t forgotten everything they’ve learned; they just may not be as focused right now,” Gagnon says. “Think of it like trying to teach something to a second or third grader. Keep up with consistent training sessions with varying levels of distraction—and give your dog some time and patience.”