Reality (About) Bites: How To Teach Your Puppy Good Mouth Manners 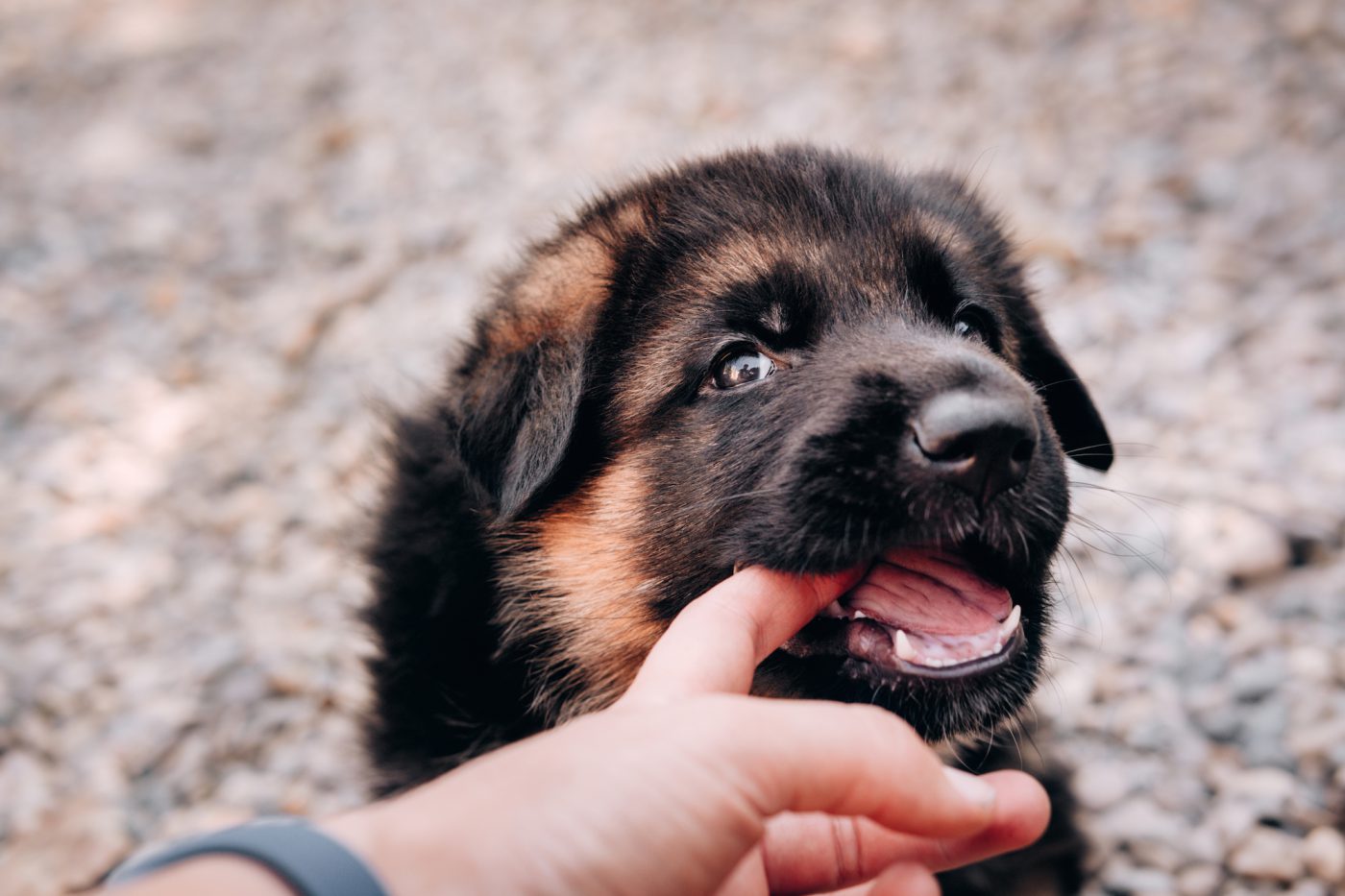 Puppies are so cute that you might want to let them get away with just about anything, including biting. But while biting is a natural behavior, it’s important to train pups to control when, what, and how hard they bite while they’re small so they don’t hurt anyone later. Plus, pups’ tiny—but razor-sharp—baby teeth can already cause a surprising amount of discomfort.

With that in mind, here are some tips to make sure your best friend chews wisely.

How to teach bite inhibition

Like human babies, puppies use their mouths as they explore the world and during play—and teething pups may chew to relieve pain. But dogs must learn early on to control the force of their jaws. This is bite inhibition, something puppies with littermates pick up by playing with each other—when one puppy bites another too hard, the bite recipient will yelp and stop playing for a while. Through this process, dogs discover that biting too hard means less fun—this is one of the many reasons early socialization with other dogs is so crucial.

When your puppy comes home with you, it’s your job to convey the message that biting down on hands and other body parts is inappropriate.

Denise Herman, founder and head trainer at Empire of the Dog in New York City, says that “the difference between an adult dog who injures someone and one who doesn’t isn’t their intention to injure.” Rather, it’s “did they get experience as a puppy pulling their punches when they had human hands and skin around?” 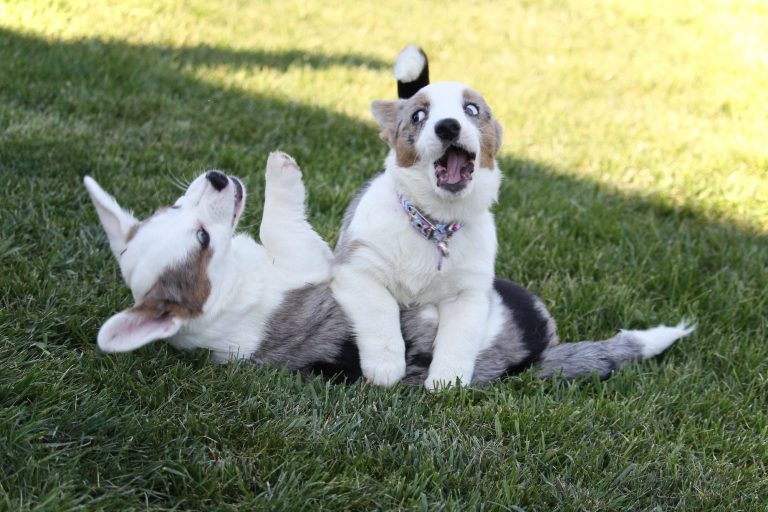 Here’s how to teach bite inhibition:

When you’re spending time with your puppy and they bite hard enough to cause discomfort, stop playing. You can also let them know that you didn’t like what they did by making a yelping sound, or exclaiming “Ouch” (or some other expression—have fun with it!). Don’t scream at them—just a firm word will do.

There can be a fine line between taking your hand away and escalating a game; when you’re withdrawing your hand from your dog, try not to inadvertently give them the impression that you’re playing tug-of-war or want to be chased; that could make the situation worse. Just go limp, remove your hand, and calmly move your dog away and out of the “play space” for a short interval.

No matter what methods you use to control biting and problem chewing—and during any training at all—remember to be persistent and patient with your pup. Don’t grab your dog’s muzzle or shout in their face. Yelling in a dog’s face, Herman says, can teach them that “people’s faces near theirs are scary.” Similarly, by grabbing a dog’s muzzle, you could teach them to fear hands—“and that’s really a problem, because hands come toward dogs all the time.” 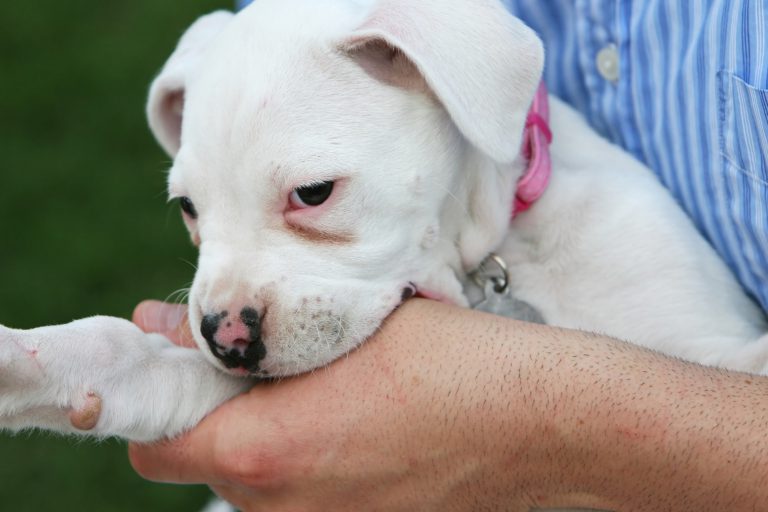 You could eventually teach your dog to stop putting their mouth on people altogether—but, no matter what, reducing the force of a puppy’s mouthing is an essential step in the process.

It’s possible that what you’re dealing with is not mouthing, but biting. This is likely if the chomping doesn’t happen in the normal course of play, but instead seems to be in response to an action that your dog doesn’t like. Growling, tensing up, or bearing teeth could be hints that your pup is doing more than mouthing. If that’s the case, the issue may require a different type of training response. It’s always a good idea to work with a trusted trainer on decoding and dealing with bigger biting issues.

How to prevent problem chewing

You don’t want your dog to harm a person or another dog by biting, or to ruin your furniture, but they’ll need opportunities to chew. That’s a key part of their lives both as teething puppies and adult dogs. So if your dog is taking too much of an interest in chewing on you, the legs of your couch, or your once-mint-condition vintage Reebok Pumps, give them better gnawing options: chews and chew toys specifically designed for dogs.

“I tell people that their goal for chewing and puzzling toys is three-plus hours a day cumulatively,” Herman says; she’s especially fond of toys with food in them, which can keep dogs mentally engaged with a chance to “hunt.” All in all, it’s ideal for your dog to have approved toys and chews that they can turn to when they feel an inclination toward mastication. 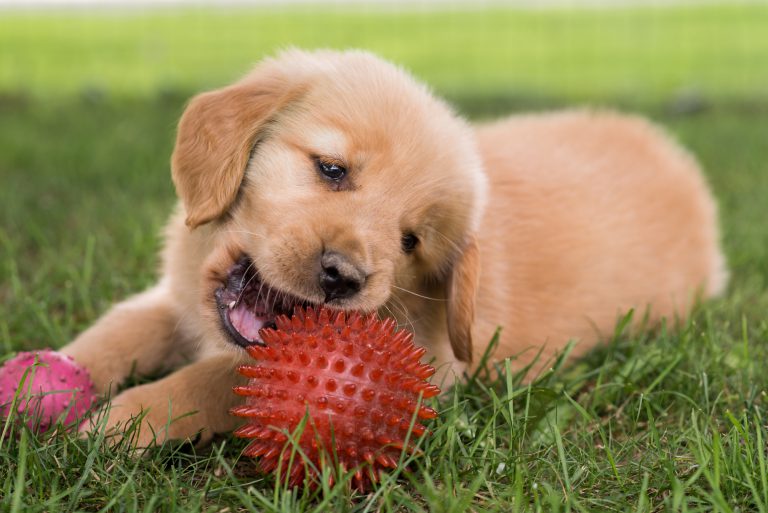 Some trainers recommend putting a dog-safe spray with an unpleasant taste on off-limits furniture to stop your dog from gnawing on it. Even if this method is effective in the short term, it’s not addressing the root problems behind problem chewing. “Are you going to coat your house in the anti-chew spray?” Herman asks.

Other dogs and people can be assets in your quest to curb unwanted chewing; play with other pups and gentle games of fetch and tug-of-war with humans will give your dog constructive outlets for their desire to chew. They’ll expend some extra energy and have fun. Even beyond this individual issue, socialization will give your pal a big nudge toward better habits and a happier life—so do what you can to safely expose them to a variety of people and situations at a young age (read more about socializing a puppy here).

Using the tips above to create a training plan that works for you, and following it with patience and consistency, can set your puppy up to become an adult dog who happily sinks their teeth only into items designated for that purpose. But if you end up feeling like you’ve bitten off more than you can chew, seek out a reputable trainer to help.