A Short List Of Reasons You Should Adopt a Senior Dog

Puppies are hard to resist. Those big eyes, those little bellies, that smell. Raising a puppy is a fun, fulfilling and fascinating journey. But while caring for any dog takes work, raising a puppy takes an especially large amount of time, energy and patience. If you’re looking for a new canine companion that will provide all of the love with fewer growing pains, and if you’re looking to give a break to a dog who needs it, you might consider adopting a senior dog, especially during November, which is National Adopt a Senior Pet Month.

While those beautiful grey muzzles speak for themselves, here we’ll add a few arguments in favor of bringing an older dog into your home, and run down the challenges you need to be aware of.

At what age is a dog considered a senior?

First, let’s determine who qualifies as a senior dog. Most often, dogs are lumped into the senior category once they reach seven years of age. But the aging process is different for every dog. Typically, smaller-breed dogs have longer life expectancies than large and giant-breed dogs, so hit their senior years later. The breed of the dog is also a factor in aging.

According to the American Animal Hospital Association’s (AAHA) guidelines on life stages, the “senior” stage of life is from maturity to life expectancy (approximately the last 25% of expected lifespan). So, if your dog’s breed is predicted to live to 11-12 years old (like a Golden Retriever), they’re a senior at about age eight to nine. But here’s another wrinkle: For decades, we accepted that one human year was equal to seven dog years. So, if your dog was five, they were “really” 35. However, new research challenges that time-worn formula. A recent study looked at chemical changes in dogs’ DNA and found that dogs age faster than we do in younger years, and then their clock slows down when they’re older. So, a one-year-old dog is similar to a 30-year-old human. A four-year-old dog is similar to a 52-year-old human. And your six-year-old dog is nearly 60 in our years! By seven years old, dog aging slows. The study found that, at least in the breed studied, which was Labrador retrievers, human and dog life expectancies match up, at 70, and 12 years old, respectively.

So, while you might be technically adopting a senior, what that actually means in terms of your dog’s actual “age,” varies greatly. Your senior might be a 9-year-old who still has ample energy for adventure, or one who is happy with very short walks and very long naps.

What you see is what you get

When you adopt a puppy, you can’t be sure what their personality will be like.  “It’s roughly around two years before a dog really sort of comes into their own as an adult, and you really get a full picture of what they’re going to be like personality-wise,” says Tiffany Lacey, executive director and president of Animal Haven, an animal shelter in Manhattan.

But when you meet an older dog at a shelter who has been around the block a few times, and has most likely lived with people before, you can get more of a sense of their personality by interacting with them and talking with the shelter’s staff. Do keep in mind that some dogs are understandably nervous meeting new people in a shelter setting and don’t always bloom until they are in a safe, comfortable home where they can fully relax.

And just so you know: It’s okay to go into the adoption process with a wish list of personality traits. That will help the shelter make the right match—whether you are eager to connect with a sweet senior who loves to snuggle with people, or an independent elder who is more into bonding with your lonely cat.

It’s also worth noting that depending on a puppy’s breed, you may not be able to predict their size either. With a senior, you needn’t fear that your scruffy little mix is going to grow to Wolfhound proportions. 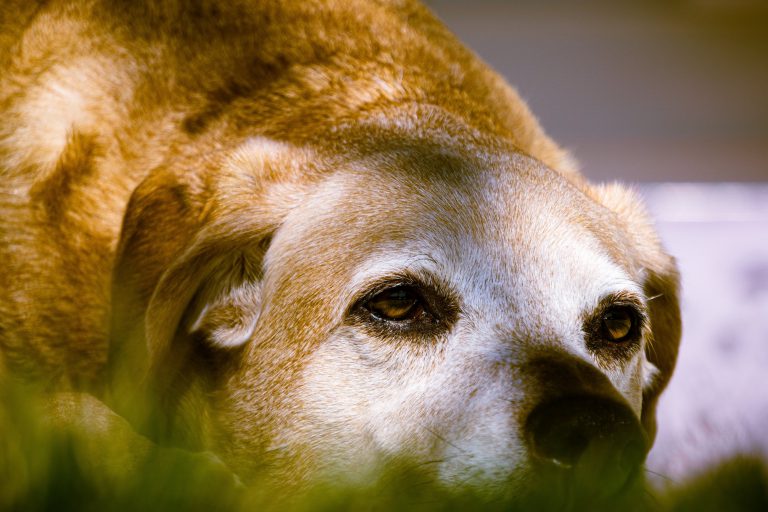 Again, depending on their “real” age, and physical condition, some seniors may still be pretty spry. And unless their mobility or health is seriously compromised, seniors still benefit from walks and mental stimulation. But, as a rule, your senior is going to appreciate a more relaxed approach to life.

When they aren’t sleeping, puppies are pretty much always in play/chew/“let’s get crazy” mode. Younger dogs have a lot of energy, too—they’re eager to exercise and explore. Older dogs tend to be more mellow companions content to cozy up next to you on the couch for hours during a Netflix binge, or lay snoozing at your feet while you work at your desk. Senior dogs provide all the companionship of a younger dog, but they’re likely also used to alone time, and don’t have to be watched constantly lest they overturn a garbage can or shred your new sneakers (like a puppy will most certainly do).

And, if they’re honest, that’s what many people want in a pet—a mature, easygoing companion. “If you’re not looking to take on the energy level of a puppy or a younger dog, a senior dog is the best way to go,” Lacey says. “We have plenty of people that walk through our doors looking for a dog that doesn’t need five walks a day.”

Most senior dogs have potty training (and other training) chops

Anyone who has ever house trained a puppy knows it’s quite a process. For the most part, when you adopt a senior pup, you’re getting a dog that’s house trained.

Many older dogs will have grown out of destructive habits, and will be schooled in good manners and basic skills like “sit,” and “stay.” Adopting a dog who knows the basics will save you some time, and allow you to focus on building a great relationship.

That said, if your new companion is light on training, you CAN teach an old dog new tricks. Research has shown what dog lovers have always known–that dogs can be trained at any age. A European study found that while older dogs may take a bit longer to learn new things, they actually perform better at “logic” tasks, and they retain their lessons just as well as younger dogs. You’ll likely find an older dog has a longer attention span, so training time might be more efficient.

And if you find a suitable senior dog who isn’t housebroken, it’s never too late for an older dog to learn how to do their business outside, Lacey points out. Some shelters, including Animal Haven, have trainers on staff that will teach you how to housebreak your senior pup. 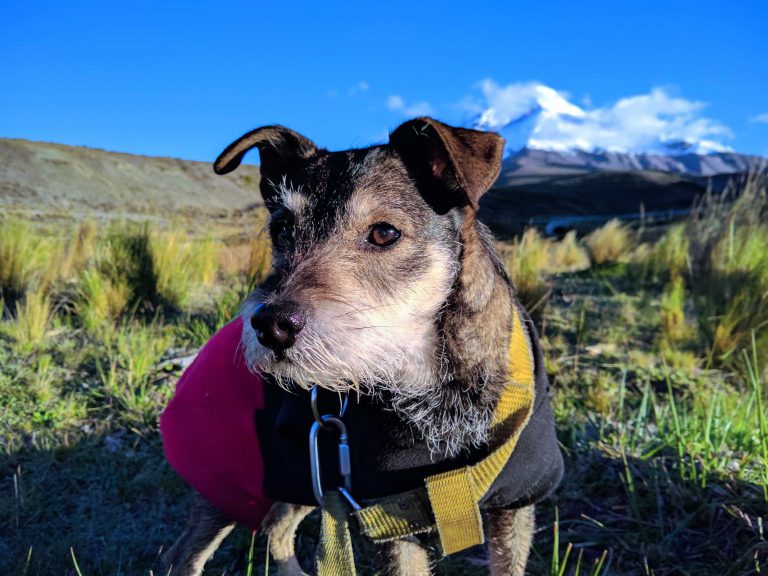 Be aware: There will be medical bills

Older dogs need routine medical care just like younger pets do. Veterinary costs are one of the considerations of adopting an older dog. Lacey recommends yearly senior wellness checks so adopters can stay ahead and on top of any health conditions that may develop. Senior pets have an increased risk of some diseases like cancer and arthritis as they age. So you should take into account the financial resources to cover the costs of any treatment they may need. It’s a good idea to look into health insurance, but make sure you do your research as some pet health insurance companies won’t insure dogs over a certain age, or charge higher rates to cover them. All this said, keep in mind that adopting any dog will come with costs, and adopting a puppy means a (hopefully) longer life of vet bills.

While some senior dogs might live for five, six, seven or more years after they come home with you, others will have shorter lifespans. It’s something you need to understand and accept because as all dog lovers know, losing a pet takes an emotional toll. “We’re really sensitive and careful if a family comes in that has children. We have that conversation with them and make sure that they understand that this dog is not going to live very much longer if it’s a super senior,” Lacey says.

Earlier this year, Animal Haven put out the call for an adopter for an 18-year-old dog named Betty. She only had months to live, but the shelter was overwhelmed with requests from adopters. Betty was adopted by a family and spent the last few months of her life living in a comfortable home surrounded by love. “They knew exactly what they were walking into, so they were prepared for it,” Lacey says.

Ready to put a leash on a senior dog? One thing of which you can be assured: You will be rewarded with love and appreciation, and the feeling that you’ve really given someone a second chance.

If you see a senior dog in a shelter, it’s certain that they’ve known hardship. Maybe they were a beloved companion whose owner died or, for whatever reason, left them behind. Or maybe they’ve never really known a stable home. Either way, adopting them means they finally get the love and comfort every dog deserves.

You’ve seen the “dog going home from the shelter” videos on YouTube. There is nothing like the look on a dog’s face, the spring in their step and the happy tail wagging when they realize they are leaving the shelter to go home with people who are going to love her and care for them.

Imagine being the person responsible for bringing that kind of joy to a dog who may have sat in a shelter for months, or longer.