Should I Hug My Dog? Or Any Dog?

It’s one of the most surprisingly contentious debates in the realm of human-canine relations: is it okay for a person to hug a dog? The answer: it depends. If “hugging” means wrapping your arms around someone and squeezing as a sign of affection, the consensus is that you should not do it to a dog you don’t know well. However, if you are familiar with a dog and they’ve given indications that they enjoy being touched, you might be able to try as long as you’re reading their body language and you always give the dog a choice—because even a dog that likes many types of physical affection may still find a hug distressing. Below, we embrace the person-dog hug issue in all of its complexity. 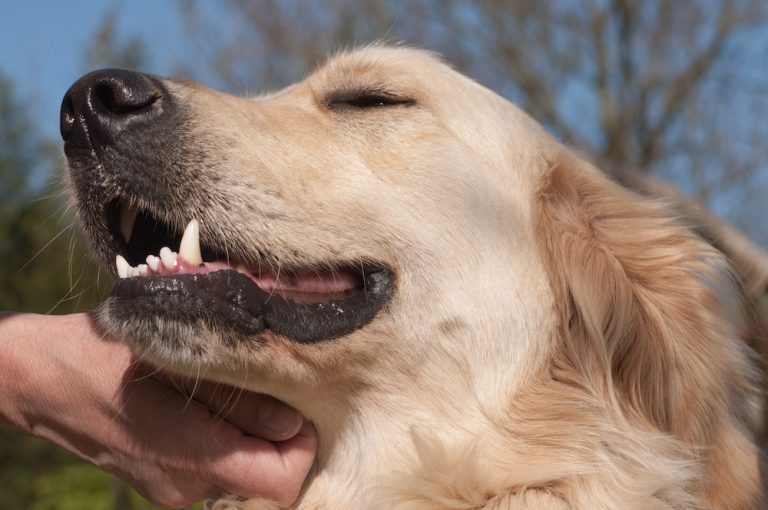 Why you usually shouldn’t hug dogs

As a rule, you shouldn’t go around hugging dogs with no regard for their preferences. Hugging as we know it is a very human gesture. Looking at a hug from a dog’s point of view, it’s easy to see why it can be unwelcome. A dog who’s restrained by a person, with no way to guess their intentions, might feel threatened or lash out.

For those who aren’t sure what a dog wants, skipping hugs is the safest route. If you don’t know a dog well, you’re not risking anything by not hugging them. Plenty of dogs dislike hugs, especially from strangers, and live fulfilling hug-free lives—their need for affection and quality time is satisfied by tug-of-war, scratches behind the ear, strokes beneath the chin, or whatever else they happen to prefer.

In a blog post making the argument that you shouldn’t wrap your arms around a pup, Dr. Coren cites his study of online photos depicting dogs being hugged. More than 80% of them, he writes, showed “at least one sign of discomfort, stress, or anxiety.” Among them: “half-moon eyes,” a lowered tail, lip-licking, and an effort to turn away from the hugger. Other clues that a dog is having a bad experience include slicked-back ears, yawning, and raising one paw. An agitated dog could also tuck their tail, pant, or become rigid. If you hear growling or see your dog bare teeth, chances are that they’re very upset and might even bite you.

Be open to the possibility that you don’t always decipher dogs’ signals correctly. Research has found that many people misread canine body language. In this case, the scientists said that dog owners were worse than people without dogs at identifying their anxiety and stress. 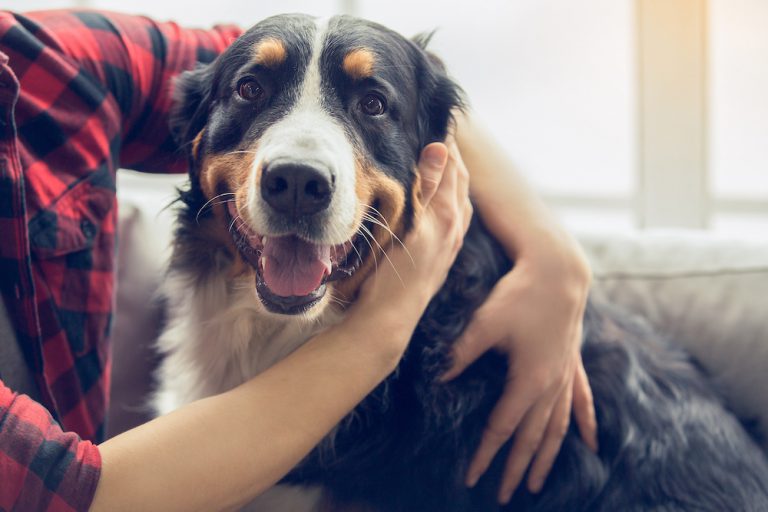 Why it’s okay to hug some dogs, some of the time

But that doesn’t mean we can never hug dogs. Ethologist Dr. Marc Bekoff says that some dogs enjoy being hugged by their humans. “Every single dog with whom I have had the privilege of sharing my home,” he wrote in a blog post, “loved hugs from me and some of my friends.” However, Dr. Bekoff notes that these dogs had preferences for where, when, and from whom they wanted hugs—and that some dogs don’t like them at all. “The bottom line,” he wrote, “is that when you hug a dog it’s on their terms, not yours.”

“If you know a dog very well and you happen to know that they do like hugs, then it’s okay—because every dog is an individual,” says Dr. Zazie Todd, animal behavior expert and author of Wag: The Science of Making Your Dog Happy (and the upcoming Purr: The Science of Making Your Cat Happy, for readers with feline friends). “But, in general, most dogs don’t like to be hugged. If you don’t know the dog, definitely don’t hug them—because you don’t even know if it’s going to be safe.” 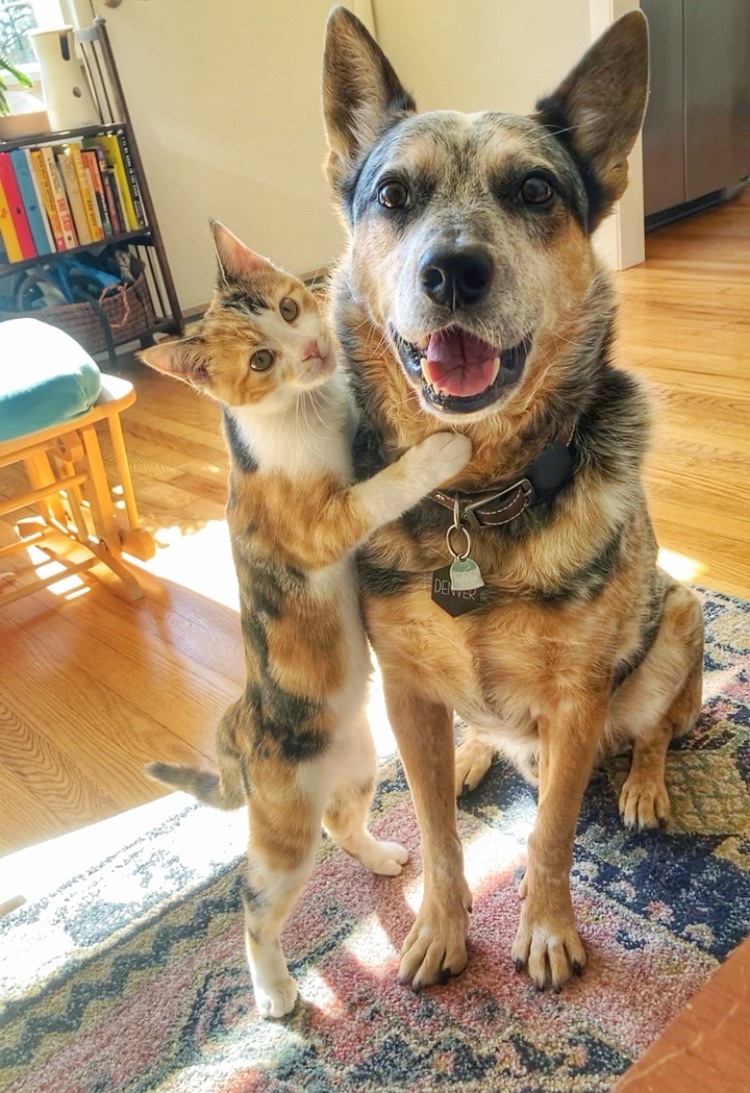 No matter what type of affection you’re giving your dog, try something that Dr. Todd calls a “consent test.” Pet [your dog] for a bit,” she suggests, “and then stop and wait and see what they do. And if they walk off or they go away, then you say, ‘okay, that’s fine, they didn’t want be petted.’ But if they liked what you were doing, they will make it obvious that they want more of it; maybe they will lean into you, or they will paw at you for more.”

This approach has benefits for human and canine alike. If dogs receive the type of pets they want at times agreeable to them, says Dr. Todd, “they’re going to enjoy it much more—and that, in turn, will make them want to be petted more.”

If your dog responds positively to hugs, it’s reasonable to think that they like them. But be observant, and remain honest with yourself. If your dog doesn’t want to be hugged, there’s no need to take it personally—dogs have different personalities. In many cases, hugs just aren’t their thing. Dogs have various ways of showing affection. If yours relishes spending time around you, staring at you, or receiving pets or belly rubs, to name just a few signs, rest assured that they appreciate you. 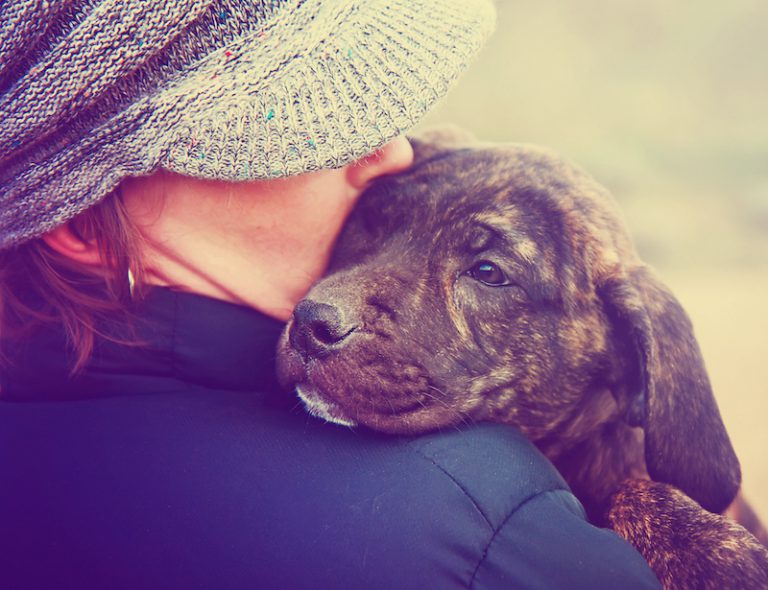 Can you train a dog to tolerate hugs?

If you’re careful and patient, you might be able to train a dog to at least deal with hugs. The point of this exercise, though, is not to force a dog to do something they don’t want to do; it’s not “we’re going to hug, and you’re going to like it!” Rather, it can be part of socializing them so they can be prepared for situations that they might encounter in their life, keeping them and others as safe as possible. If you want to do this, try offering a special treat that your dog loves as you slowly wrap your arms around them from the side. Go at their pace.

If you try this, take it slow and continue observing your dog’s body language. If at any time they’re not happy to get hugged and receive the treats, stop. You’ll have the best shot at success on this front with a puppy (for much more on puppy socialization, check out our guide). You can enlist a trainer to see if your technique can be improved, but in the end not every dog is going to be into hugs. The most important thing here is to respect your pup’s wishes, and find ways to express your affection that are fun for both of you. An enthusiastic “good dog!” here and a gentle rub on the chest there may be more their style.