Who Let the Dogs Out?

The Baha Men’s single “Who Let the Dogs Out?” won a Grammy for Best Dance Recording in 2001. Two decades later, internet users—like the hapless security guard at the start of the song’s video, who in our opinion should be less concerned with assigning blame and more focused on recovering said dogs—are still searching for answers to the question posed by the ditty. We set out to provide the definitive resource on this and all related queries.

Who let the dogs out (for a walk)?

If you define “letting the dogs out” as taking one’s dog for a walk outside, the “who” here is perhaps a shade under 330 million people. There are around 471 million pet dogs in the world. If we assume that each owner has one pup, and that up to 70% of them take walks—as per a research-based estimate cited in a Psychology Today article—that’s 329.7 million people who routinely let the dogs out (We will assume that most of the rest of those dog owners simply let their dogs out into a yard, which is better than nothing, but can’t beat a proper walk together).

All of this raises the related question of “why let the dogs out?” For one thing, you want to give them plenty of chances to pee and poop. Furthermore, regular outdoor exercise is good for your dog’s physical and mental health. The outdoors is full of many exciting smells for your pal, and other dogs and humans with whom they can interact. We recommend you aim for three walks per day. 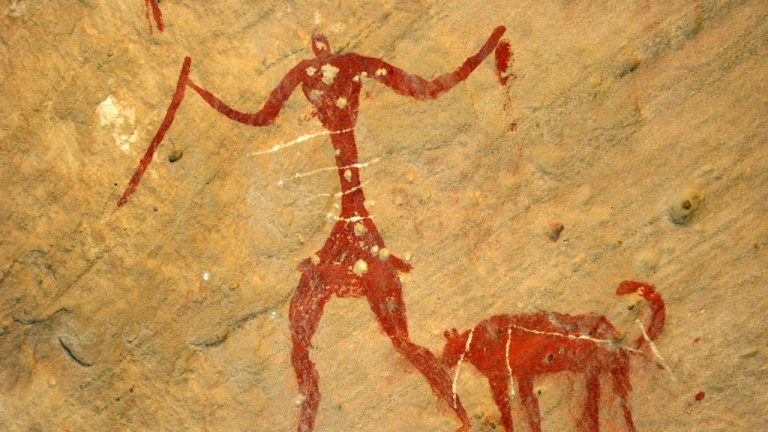 Who let the dogs out (of Asia and Europe)?

At some point in the history of our friendship with dogs, someone, somewhere, had to let (or, more accurately, take) dogs out of the place where they originated, and bring them to where they currently live—which is everywhere on earth except Antarctica. Dogs evolved from a now-extinct ancestor of grey wolves somewhere between 20,000 and 40,000 years ago. There is some debate about how and where it happened, and how dogs spread around the world. Early human hunter-gatherers may have domesticated wolves, or wolves may have “domesticated themselves“ by hanging around people and eating their leftovers. One theory posits that domestication happened twice, in Europe and Asia, while recent research suggests a single “domestication event.” We do know that the first people to arrive in the Americas from northeast Asia more than 15,000 years ago arrived with their dogs.

While there are still open questions about the where and when of dogs’ evolution, there is no disputing dogs’ impact on humanity. Evolutionary biologists agree that our friendship with dogs helped humans become the dominant force (for better or worse) we are today. 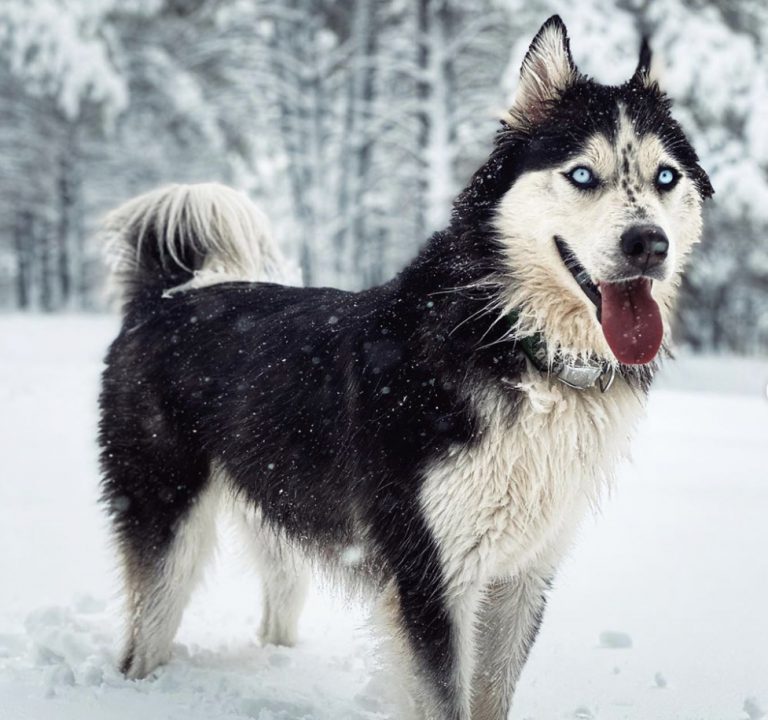 Which dogs let themselves out?

Some dogs have earned reputations as escape artists. Huskies, for example, love digging and running, and have been known to take an unauthorized walk. A 2012 survey by the ASPCA found that 14% of dog owners had lost their pet in the previous five years. The vast majority—93%—of the dogs were reunited with their owners. And which dogs are most likely to let themselves out? Labrador retrievers, according to a 2015 study. For tips on how to prevent your own dog from running away, consult our guide.

This is a question long pondered by many, including artist Ben Sisto—the world’s self-proclaimed leading expert on “Who Let the Dogs Out?”—who conducted a ten-year research project by that very name. The most famous version of “Who Let the Dogs Out?” was released (or “let out”), by the Baha Men in 2000, and championed by producer Steve Greenberg—who says he was the main “barker” on the track. However, there’s been a fair bit of controversy over the song’s authorship. Its chorus was first composed in 1995 as a jingle for a Buffalo, New York radio station. Anslem Douglas released his version of the tune, called “Doggie,” in 1998. After the single’s success, there was a legal battle over its copyright.

Anslem Douglas and Osbert Gurley, writers of “Who Let the Dogs Out?” are also responsible for letting dogs down, by associating their name with unseemly human behavior. Douglas has said that the song was about men who behaved rudely toward women—so, in this case, the men are the “dogs.” The lyrics also use “flea-infested” as an additional insult, even though preventing and treating flea infestation would be the responsibility of any dog’s human owner. Overall, we do not see “dog” as a suitable insult in any context—dogs are loyal, sensitive, and all-around wonderful creatures that any human would do well to emulate.

Who let “Who Let the Dogs Out?” out into American baseball stadiums?

In 2000, both the New York Mets and the Seattle Mariners played “Who Let the Dogs Out?” at their home games. The Baha Men performed the song in Seattle before a game at Safeco Field, and at Shea Stadium in New York before a World Series game later that season. They also recorded a version with lyrics about the Mets. According to Sports Illustrated, “no fewer than five out of eight of baseball’s postseason teams were playing ‘Who Let the Dogs Out’ as their rally song” by that October.