Why Does My Dog Sigh? 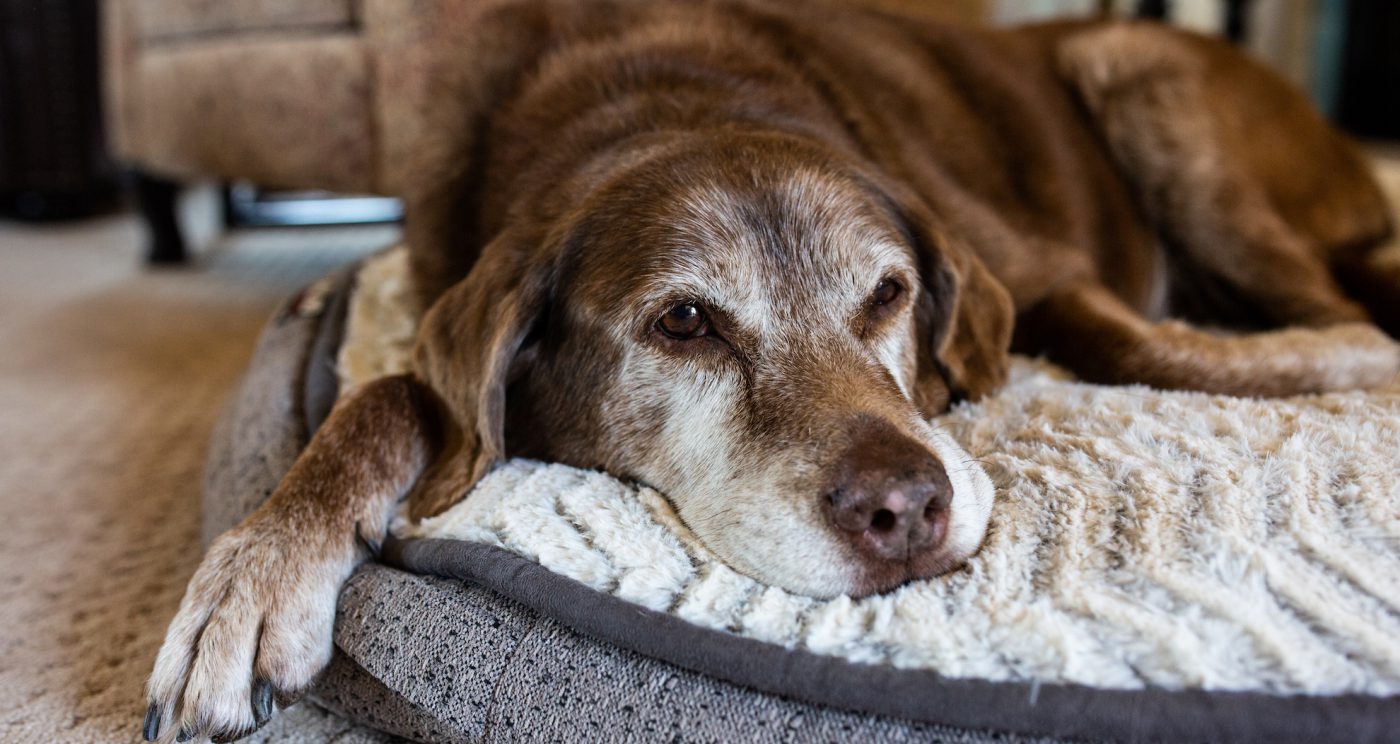 Humans associate sighs with teenage eyerolls, cleansing yoga breaths, or plopping onto the couch after a long day. We glean the meaning of these dramatic exhales largely from context—the couch plopper, for example, is expressing relief at resting their body and being free from workplace stress. Dogs sigh, too, and for a variety of reasons. To decipher the meaning of a canine sigh, consider its context—what happened before and during the sigh—the dog’s facial expression, plus the following clues.

What is a sigh?

A sigh is essentially a deep exhale. A dog’s sigh typically comes at the end of an action, such as lying or sitting down; it’s terminal punctuation on the current thought or feeling, like a period, ellipses, or exclamation mark on a message written in words. It should sound like an extended breath with a hint of emotion, as canine sighing is indeed a sign of communication, according to animal behaviorists. Cats and horses, who also live among and communicate with humans, are also sighers.

Humans generally sigh by exhaling long and loud from their mouths; dogs sigh from their noses, though the mouth can play a supporting role. Pure sighing does not involve the vocal cords, so if you hear barking, growling, groaning, or other vocalizations, that’s another form of expression. Check with your vet about sounds of possible distress. Also seek medical help if a dog’s sigh has an ongoing rattle, rumble, or indication of obstruction.

A dog who sighs while or after lying down is likely expressing pleasure, especially if they end up with their head on their forepaws. A clue to this sigh’s sentiment is the dog’s eyes: half-closed lids indicate contentment. 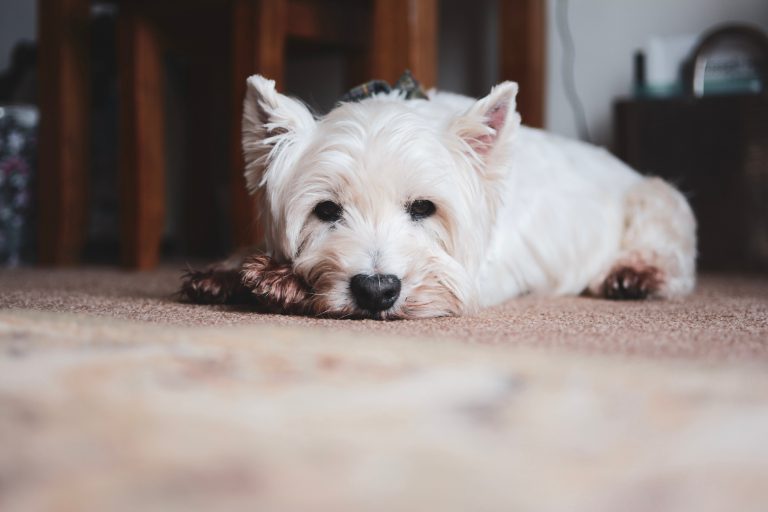 Then again, if your dog sighs while lying down and their eyes remain wide open when they are reclined, it could be an expression of disappointment. Perhaps they have given up on going out again or wanted to keep playing tug of war.

Sighing out of frustration

Similarly, dogs who sigh while lying down or, more likely, sitting up and glaring at you could be telling you they are frustrated. Supporting evidence would be an open face with an alert expression. “Why don’t you get that I’m ready to go for a walk?!?”

After living and evolving among humans for millennia, dogs share many of our behaviors, including sighing when winding down. When the body hits the bed, a deep exhale is a natural response shared by both species and one that both indicates and promotes relaxation. A dog who is falling asleep or is already dozing may sigh as they relax even further.

Sighing to get attention

A dog who sighs while snuggling next to you on the sofa may, yes, be expressing contentment but also, “Hello, I’m right beside you and we sure are cozy and if you’d like to scritch that special place on my neck, that’d be awesome.” Or something like that, in a ploy for attention.

Most sighing is a gentle, benign message, but some sighs can reveal a medical issue, notably arthritis. If a dog sighs while lying on a certain part of the body or moving into a specific position, they may be experiencing discomfort in their joints from arthritis. Look to the dog’s face for any supporting expressions and to any other signs of pain or limited mobility. See your vet for a diagnosis and treatment plan.

Keep an ear out for changes to your dog’s sighing behavior, which could result from physical or mental changes, and ask your vet about them. Excessive sighing is worth mentioning to a vet, even if you interpret the sounds as positive communication. If your dog is sighing several times a day and there are any other signs of discomfort, vomiting or diarrhea, see your vet.

Finally, know that not all dogs are sighers! So if you hear the occasional sigh from your contented canine, count yourself lucky.