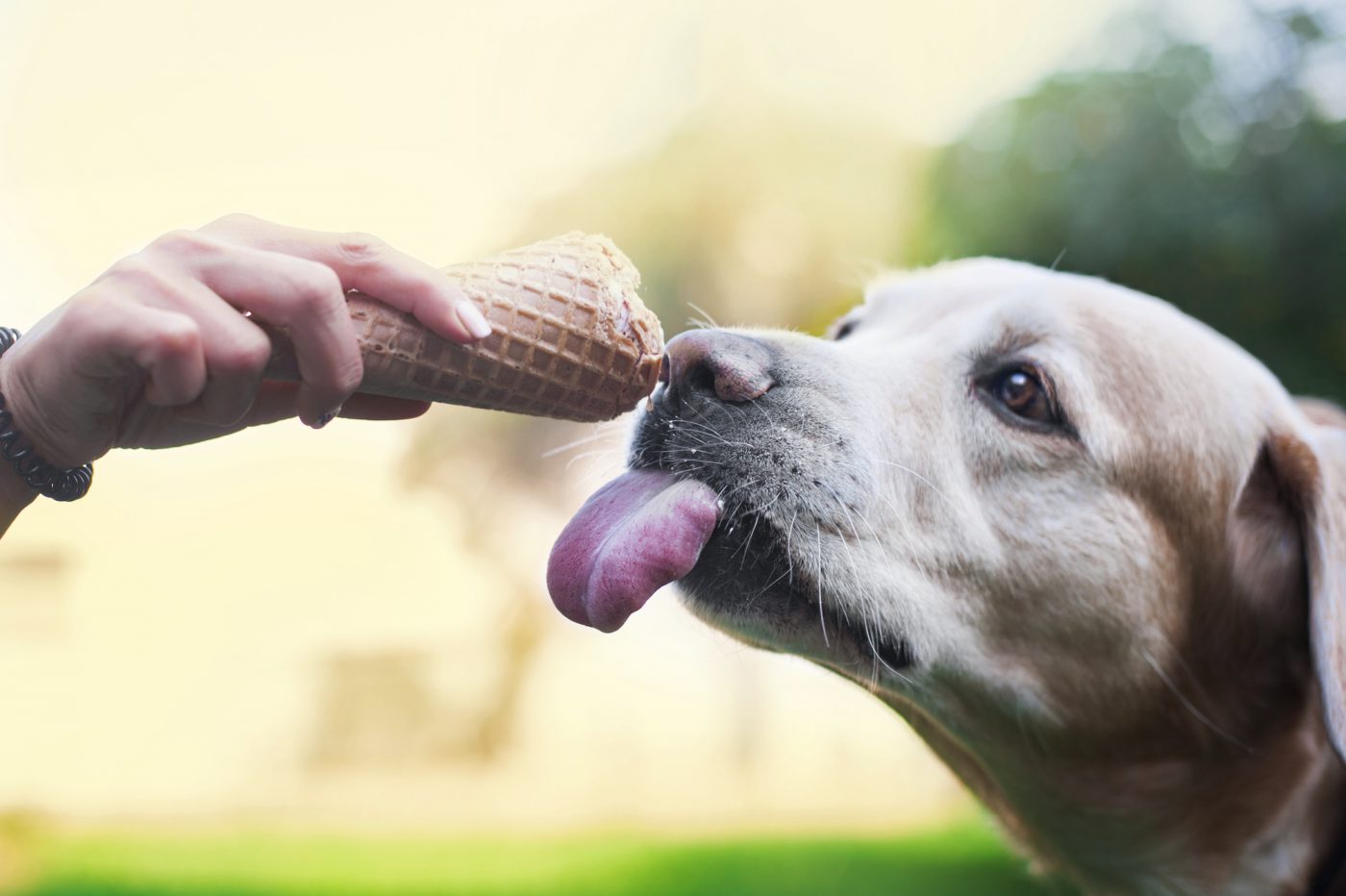 A chemical called xylitol, which many people consume every day, can be deadly for dogs. Compounding the danger: xylitol can be an invisible lurker in foods, and, more recently, it’s started to appear on food labels as “birch sugar.” So even if pet owners know to look out for xylitol, they may see birch sugar—often found in products marketed as “healthy” options—and think it’s OK. To be clear: it’s not OK. Xylitol and birch sugar are the same thing, and they’re both extremely dangerous for dogs, even in small amounts.

By learning where xylitol / birch sugar is hidden and understanding its risk, you can keep your pet safe from a possibly fatal poisoning.

What is xylitol / birch sugar?

Xylitol is found naturally in plants. As an ingredient, it is commonly extracted from birch bark (hence the name birch sugar) or corn cobs to form a white crystalline powder that resembles table sugar. Like other “-ol” substances like sorbitol and erythritol, xylitol is an alcohol sugar approved by the Food and Drug Administration for use in human food and medical/dental products. Typically used as a sugar substitute, xylitol adds sweetness without some of processed sugar’s drawbacks, like high calories, blood sugar spikes, and tooth decay. On the human tongue, xylitol tastes as sweet as sugar, but has 40% fewer calories and does not prompt bacteria to eat your enamel. 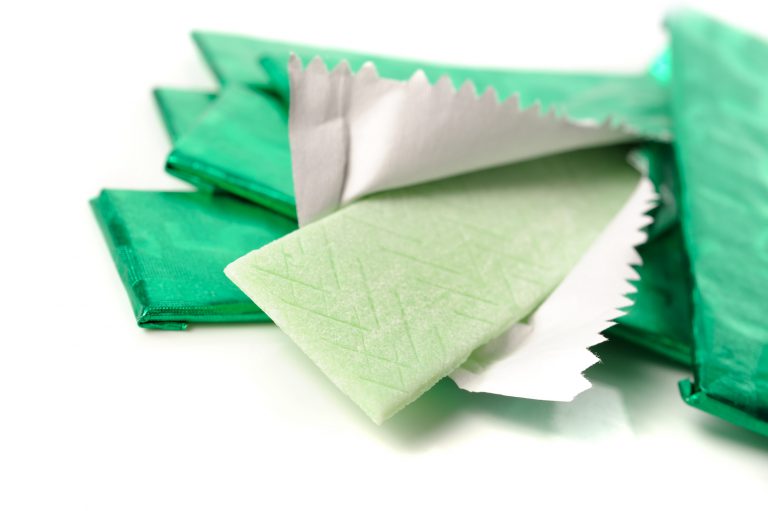 In the case of peanut butter, pumpkin, and other foods that you might feed your dog, check the ingredient list for xylitol, or birch sugar (or birch sap). Do not feed a dog anything that contains xylitol, as even a tiny amount is poisonous. 0.1 g/kg of body weight (0.05 g/pound) is considered a toxic dose for dogs (as an example, an average stick of gum contains 0.22-1.0 g xylitol, so less than a stick of gum would be dangerous for a smaller dog). Nonfood products should always be kept out of reach. 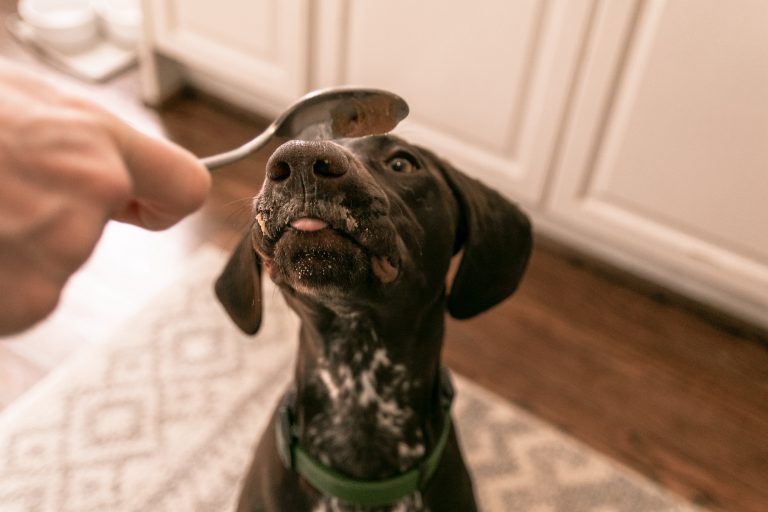 Even in small doses, xylitol can cause low blood sugar (or hypoglycemia), liver failure, seizures, and even death in dogs.

When people eat foods containing sugar, and their blood glucose levels rise, the pancreas produces insulin, which signals the body’s cells to absorb it, thus stabilizing the body’s metabolism. When people eat xylitol, however, it passes slowly and incompletely from the small intestine into the bloodstream, so the metabolic response is less intense than with glucose. The pancreas does not release insulin, there’s no “sugar spike,” and unabsorbed xylitol passes from the body.

When dogs ingest xylitol, it’s a different story. The canine small intestine absorbs xylitol quickly and speeds it into the bloodstream. This rush of xylitol tells the dog’s pancreas to flood the body with insulin—and blood sugar levels plunge, a condition called hypoglycemia. All of this can take place within as little as 10 to 60 minutes. Hypoglycemia’s symptoms include:

Rapid response is critical if you observe any of the above or even suspect your dog has eaten xylitol. Alert your vet immediately. There is no antidote for canine xylitol poisoning, but treatment options include intravenous glucose, to restore blood-sugar levels, and inducing vomiting, to reduce further absorption. Medication to protect the liver may also be administered. Because xylitol poisoning happens so rapidly, your vet will likely begin treatment before an exact diagnosis or determination of how much of the chemical was ingested. The dog will require hospitalization to receive the IV treatment, medication, and monitoring.

If treatment begins promptly, ideally before serious symptoms are observed, the prognosis for dogs with xylitol-induced hypoglycemia is good. If the liver has failed—scientists do not fully understand how xylitol harms the liver—the prognosis is not as optimistic, and the dog may need ongoing liver treatment.

Prevention is the best strategy. Dog owners must keep products with xylitol away from their pets, meaning prevent them from rummaging in your bag (gum, mints, protein bar), exploring pantry shelves (baked goods, mixes, jam), and accessing medicine cabinets (toothpaste, mouthwash, vitamins). As a rule, don’t share packaged food with your dog. As for peanut butter, check the label before dipping into a jar to, say, fill a Kong toy or hide a pill. When caring for your dog’s teeth, use only toothpaste and dental products designed for canines. And remember that many foods that are OK for health-conscious people are not OK for any dogs!