A New Study Reveals The Frustration Behind Separation Anxiety in Dogs 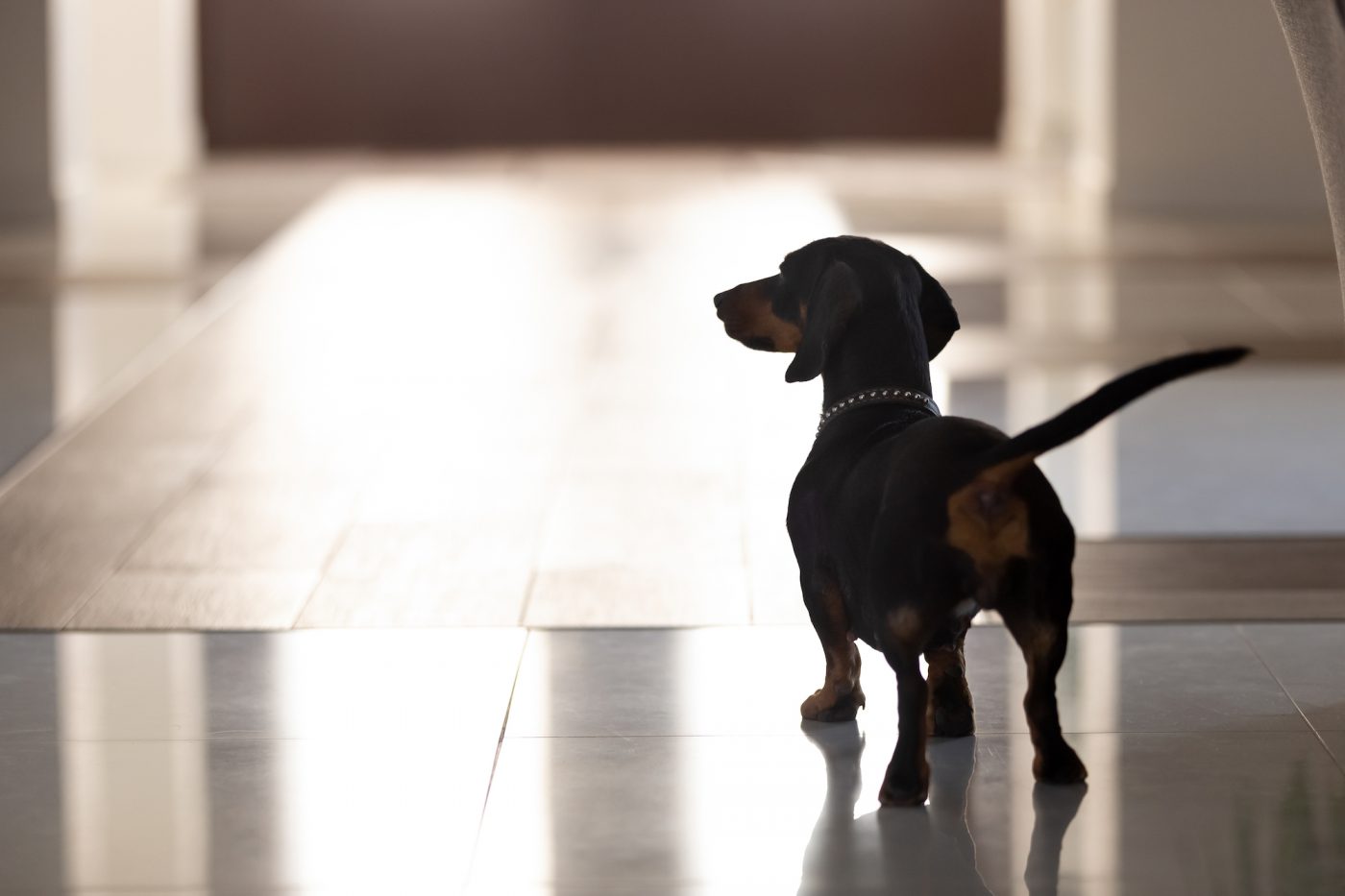 Canine separation anxiety is a difficult condition for dogs, and dog owners. It’s common, yet still widely misunderstood, misdiagnosed, and difficult to treat. It plagues us as dog owners because we feel especially implicated in our dogs’ suffering. New research published earlier this year may shed some light on why this condition is so complicated to deal with—the study’s findings suggest that separation anxiety in dogs should be seen as a symptom of underlying frustrations rather than as a diagnosis in itself.

The study, led by animal behavior specialists at Lincoln University in the U.K. suggests that understanding the root causes of the behavior could be the key to effective treatment. In short, the researchers say that while we’ve tended to focus mainly on the “separation” part of the separation anxiety equation—dealing with the pain of separation—we might do better to focus on the “anxiety” part, which they say comes down to various forms of frustration.

Separation anxiety is a common problem for many dogs, and owners—based on available data, anywhere from 13-18% of dogs suffer from some form of separation-related problems. While most dogs exhibit some signs of melancholy when we leave them, those suffering from separation anxiety will exhibit signs of excessive distress or fear when left alone, including excessive barking or whining, drooling, pacing, soiling the house, destruction of the home environment, or reluctance to eat and drink.

The study: separation anxiety is not a diagnosis

A team of researchers studied data from more than 2,700 dogs representing over 100 breeds and identified four main forms of distress for dogs when separated from their owners. These include: a focus on getting away from something in the house, wanting to get to something outside, reacting to external noises or events, and boredom.

Daniel Mills, professor of Veterinary Behavioral Medicine in the School of Life Sciences at the University of Lincoln and one of the study’s authors, says that, to date, we’ve concentrated on separation anxiety as a final diagnosis, and solutions have focused on making the dog more independent. But he says separation anxiety could be better compared to a stomach problem which could be caused by a wide variety of things that would require very different treatments, so assessing and treating the problem of separation anxiety requires much more focus.

The research suggests that different emotional states combine to produce the distressed and distressing behaviors in dogs we associate with separation anxiety. Although first triggered by the separation, the behaviors are caused by  a combination of risk factors that may include “elements of the dog’s temperament, the type of relationship it has with the owner and how the two of them interact.”

What does Mills want dog owners to take away from the study?  “Separation anxiety is not a diagnosis,” he tells us. “There are at least four common forms.” Dogs who are considered to be suffering from separation anxiety are not hyper-attached, he says, but in many cases the problem relates to coping with frustration. “This could be a reaction to external events or some more chronic state associated with a lack of stimulation. The anxiety bit of the term largely  refers to their anticipation of being left alone and the frustration that will come… We suspect it’s the style of attachment (rather than level of attachment), that might make matters worse.”

As to the type of relationship that would be a risk factor, Mills says “inconsistency may be key.”

Mills says the team behind this study will continue to examine the influence the dog-owner relationship has on problem behaviors triggered by separation. The ongoing research will also look specifically at separation anxiety related to changed work/home patterns brought on by COVID-19 and social distancing.  “There is anecdotal information to indicate that dogs may be more predisposed after the owner has an extended period at home, so we are trying to see what people are doing while at home during COVID,” says Mills.

The team is collecting data from dog owners until the end of the year (or when people return to work in offices). If you are interested in contributing to the research, learn more at the Lincoln site.