Giardia in Dogs—What to Know About Prevention and Treatment 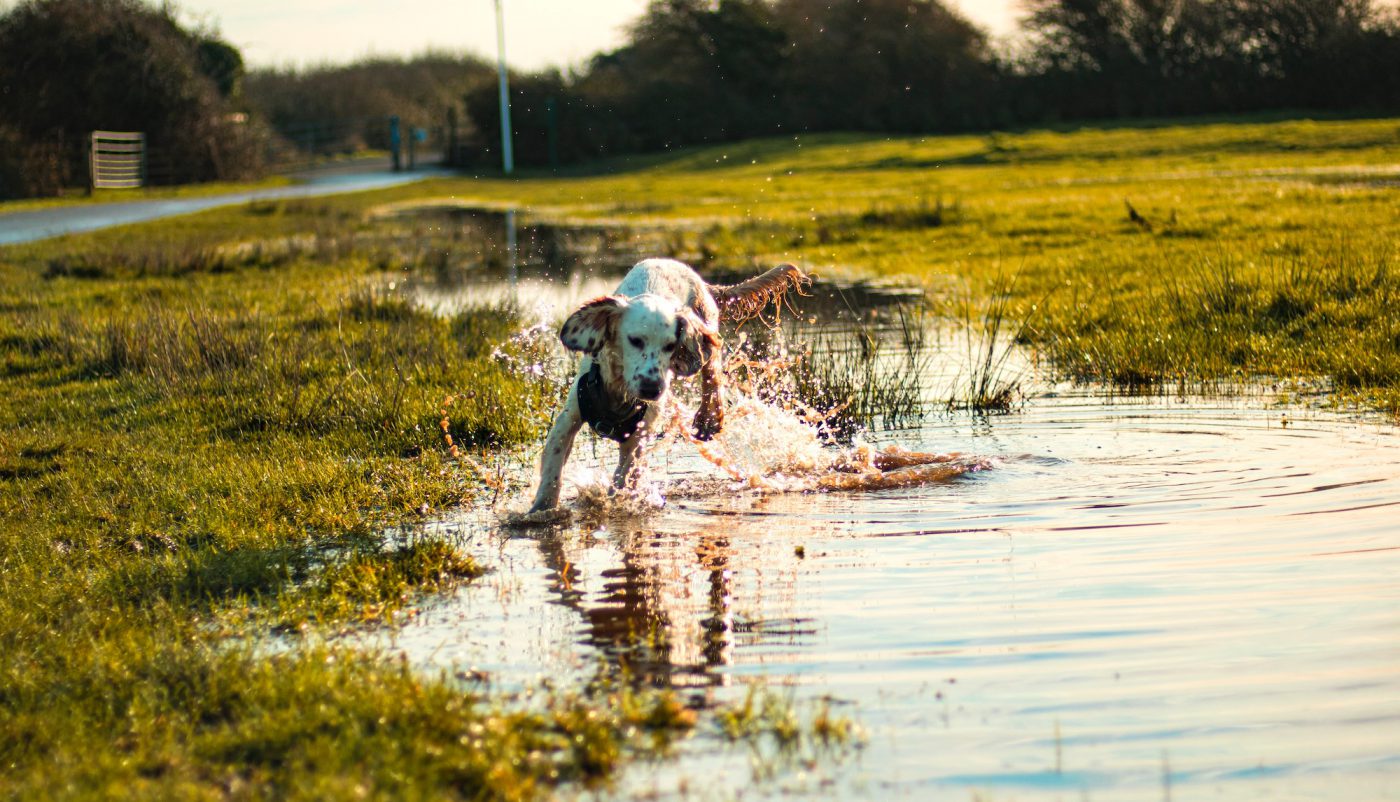 Dogs are curious creatures. They regularly sniff, lick, paw at, or chomp on unfamiliar people, animals, and substances. Curiosity is a healthy behavior for dogs—and it also makes them near-perfect targets for a common health scourge, the parasite known as giardia.

If left untreated, giardia can cause serious health issues, but it’s both treatable and preventable. Here’s what you need to know about this problematic parasite.

Giardia is a single-celled parasite that lives in the small intestines of mammals, reptiles, amphibians, and birds. It causes the infection giardiasis, which can lead to diarrhea, weight loss, and more serious health issues in dogs.

There are seven types of giardia parasites (A through G), two of which, C and D, are dog-specific, and two more of which, A and B, can infect both dogs and people. Due to the nature of how it spreads and the numerous types that can infect dogs, giardia is one of the most common parasites affecting dogs.

How do dogs get giardia?

While there are numerous kinds of giardia, some of which more easily infect dogs than others, all giardia passes through contaminated fecal matter. That’s right: dogs get giardia from ingesting infected poop.

If you’re thinking, my dog isn’t a poop eater so they’re not at risk, think again.

There are two life cycles to giardia: the active trophozoite, which attaches to the intestinal lining of its host, absorbs nutrients, and causes the symptoms of giardiasis, and the mature, hardened cyst that sheds into the infected animal’s fecal matter and is passed into the environment.

Trophozoites mature and become encysted (protected by hard cysts), detach from the intestines, and travel outside the body via fecal matter to find new hosts. The cyst protects the parasite from adverse environmental conditions so well that giardia can survive for several months in water and soil. Animals pick it up by swallowing the cysts.

And given that all dogs love putting things in their mouth, our canine companions are prime candidates for contracting the parasite, independent of their predilection for dining on dookie.

The most common means of contracting giardia are: 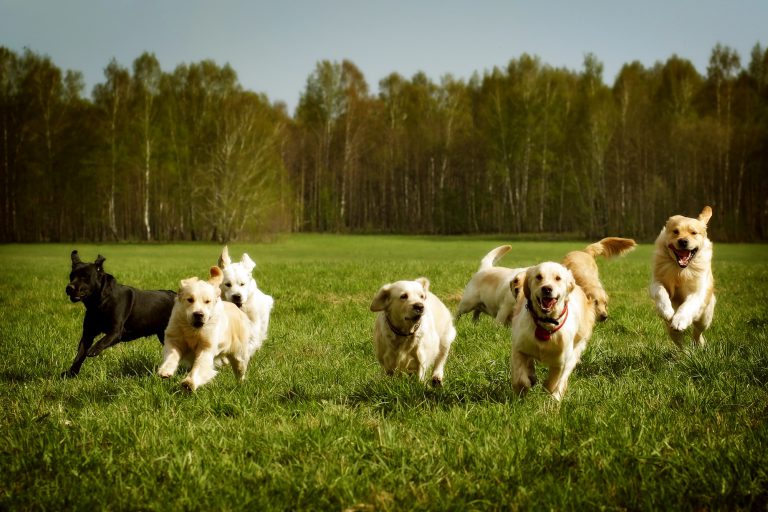 All of this means dog owners need to be hypervigilant if their dogs frequent hiking trails near bodies of water, dog parks, doggie daycares, or any other place where there might be infected fecal matter. Giardia spreads easily by design, so you should always exercise caution when out and about.

On the upside, it’s relatively uncommon for dogs to transmit the parasite to humans. The overwhelming majority of cases found in humans come from drinking contaminated water. That said, it’s always wise to practice good hygiene around your dog, or other dogs and animals. Wash your hands after handling a dog, or dealing with dog poop, and keep your yard clear of animal feces.

What are the symptoms of giardia?

It takes anywhere from five days to two weeks from the time a dog ingests contaminated fecal matter to the time they start shedding cysts, and they can start exhibiting symptoms any time within that window.

Most giardia infections in dogs are asymptomatic, but when dogs do have symptoms, there are a few common ones to look out for:

Symptomatic cases affect puppies and immunocompromised dogs more than mature dogs with more robust immune systems. You should get your dog tested if they show any signs of gastrointestinal distress; research points to giardia being responsible for upwards of 15% of cases involving dogs presenting with gastrointestinal symptoms.

The only way to confirm giardia is to have your vet test for it, generally by looking for cysts, or the giardia antigen (called a SNAP test), in a fecal sample.

How do you treat giardia?

You will also need to bathe your dog frequently, safely dispose of their waste, and disinfect high-traffic areas where they could spread contaminated matter to infect other pets or reinfect themselves. Clean and disinfect food and water bowls, bedding, toys, and any other items your dog comes into contact with. This is especially important if you have other animals in your household. 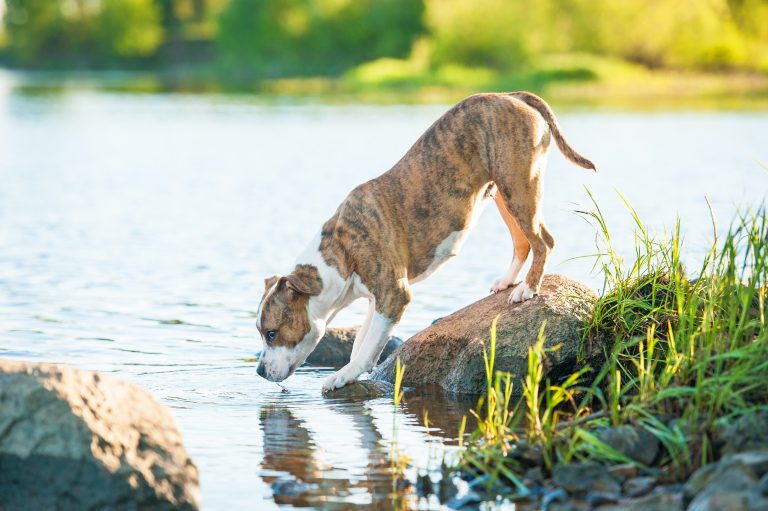 How to prevent giardia

There’s no silver bullet or quick solution to giardia prevention—there’s no over-the-counter preventative akin to heartworm or tick prevention that you can give your dog.

That means the only tried and true way to prevent giardia is to be vigilant about cleanliness and exposure.

This can be a challenge for those of us with curious pups who like to explore the world mouth-first, and for anyone with active dogs who frequent dog parks, daycares, and hiking trails.

One of the most important prevention protocols—always make sure your dog has access to clean, fresh water. That means bringing a collapsible bowl and bottle of water wherever you go. Never let them drink from puddles, streams, or even the shared water bowls at dog parks.

If your dog rolls or steps in poop, clean them thoroughly to prevent transmission.

Finally, make sure your vet performs a fecal exam every year (or every 6 months in high-risks areas like New York City). Dogs can spread giardia even when they don’t have symptoms, so it’s important to make sure your dog isn’t shedding cysts and infecting other animals.