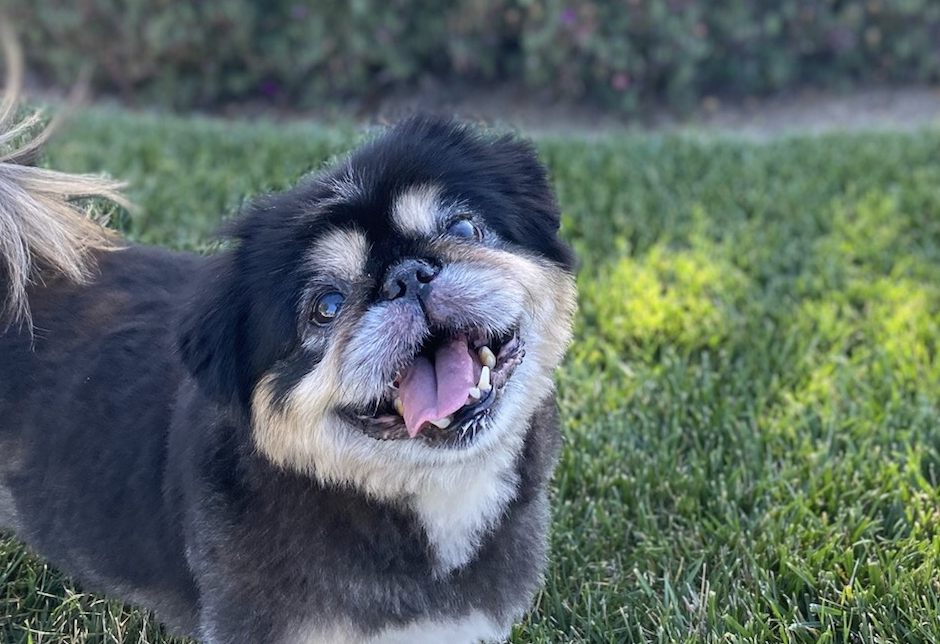 Sylvia Guillen had tried everything, including different foods and expensive medications, to help her 13-year-old Pekingese, Obi, with his severe skin problems. When she tried switching to a fresh diet from The Farmer’s Dog, Obi’s hair grew back, his skin was healed, he had new energy—and his mom was spending less on his care. This is their story.

But, growing up, Obi was the first Pekingese Sylvia had with bad skin allergies and she was at a loss as to how to handle them. 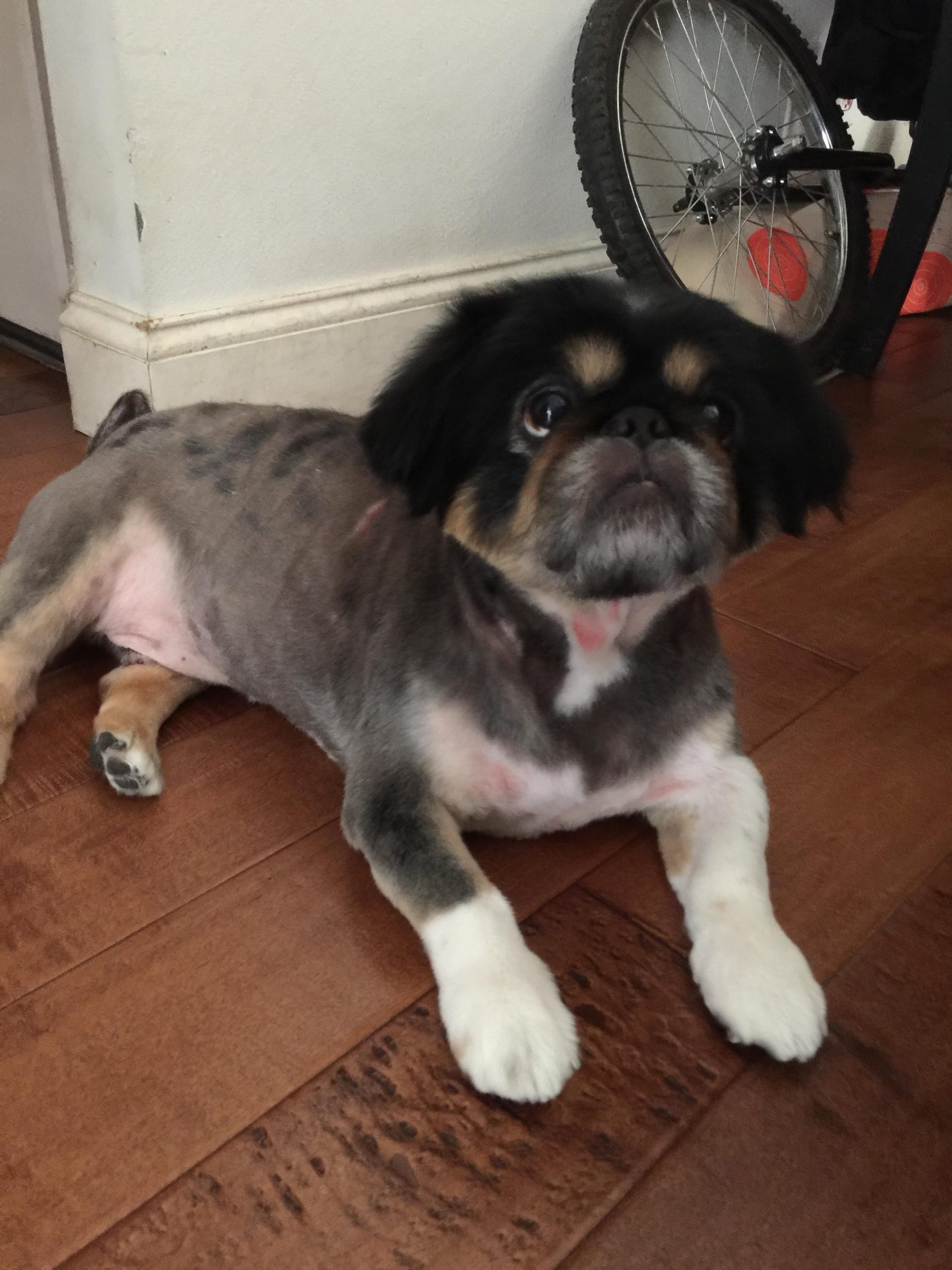 Starting when he was around five years old, Obi developed a severe skin allergy. At one point, he lost all his hair. “He had open wounds. He’d get these crusty patches,” says Sylvia. “They’d flair up everywhere. It was really bad to the point where I took him to dermatologists and specialists and did all this allergy testing.”

She “tried everything on the market” to solve Obi’s skin problems. At times, medications helped, but would ultimately stop working. Different diets, medicated shampoos and baths every three days, and the medication Cytopoint, were among the treatments she tried, each adding expense and frustration when Obi’s problems persisted. “He’d chew his paws then scratch his eyes and get an eye infection and an ear infection,” she says.”I should have named him Mercedes because I could have been driving one.”

On top of it all, Obi was picky—he didn’t like his previous diet of kibble. “I used to have to put cheese and eggs on it,” she says.

After having exhausted all other options, Sylvia heard about The Farmer’s Dog and set up a plan for Obi. The transformation was dramatic, in his skin, his appetite for eating, and his demeanor. She started noticing changes after about six weeks—Obi’s allergies subsided. His hot spots went away completely—no more crust or red spots. His coat was healthy, and he didn’t lick his paws chronically anymore. 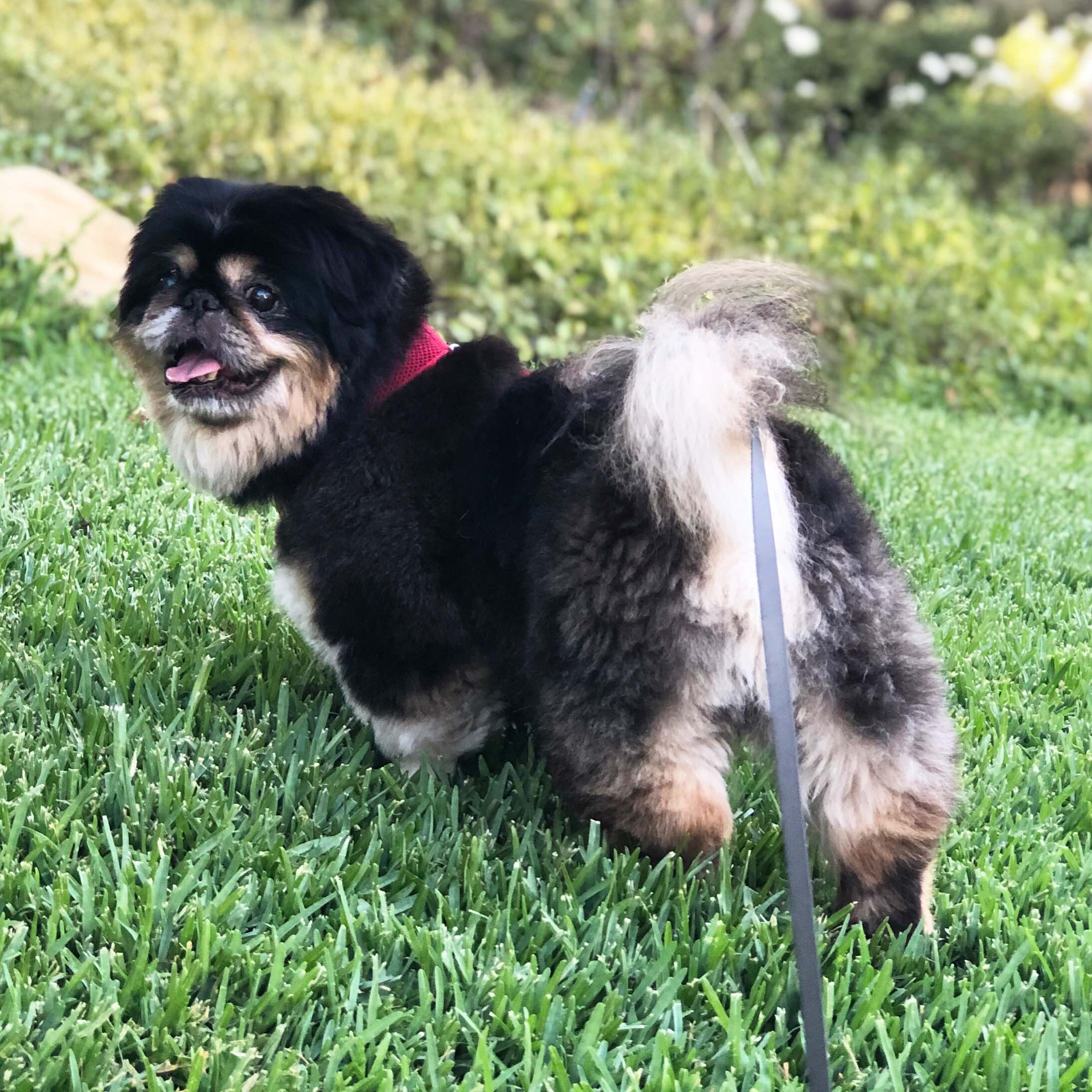 Sylvia noticed some other changes—she didn’t have to bargain with Obi to eat. And he was moving with a new energy. “The added energy I wasn’t expecting,” she says. “I started noticing his walks. If you look at his previous walks, he strolled. Now he’s running and jumping.”

The only downside? Sylvia had set up an Instagram account for her pup under the handle “ItchyObi.” “That name may have to be changed since he’s not itchy anymore,” she says.

There was another place Sylvia noticed a significant difference—her bank account. She noticed there was more money than usual in the account she had set up for his care because she was saving on expensive meds for Obi. “(The Farmer’s Dog) saved me so much,” she says. “When you crunch the numbers, kibble is still expensive, and then you’re buying products and special shampoos and Cytopoint injections. And that’s not even considering if your dog is comfortable.”

Overall, the change to a fresh diet “has made a really huge difference in his life,” says Sylvia, “and it’s even caused me to be more active.”