Dani (aka Daenerys Targaryen) the French bulldog suffered from diarrhea, and her family suffered from her terrible gas. After switching to fresh food, Dani feels better, and her mom, Eileen, can breathe easier. This is their story.

A Game of Thrones fan

It took Eileen Hoff and her late partner, Carol, several years before they were ready for another dog after they lost their beloved Great Dane. But when it was time, they knew they wanted to bring a French bulldog into their lives.”They’re funny; they’re fresh,” says Eileen.

Enter Dani, full name Daenerys Targaryen, Mother of Dragons. “She’s a Game of Thrones fan,” says Eileen. “She’ll sit and watch TV with me. She loves food and people cooking on TV. She loves other dogs but she loves people more. She knows she’s being funny.”

Dani is also a great watchdog, and, more importantly, she’s been a “lifeline” since Eileen’s partner passed away. 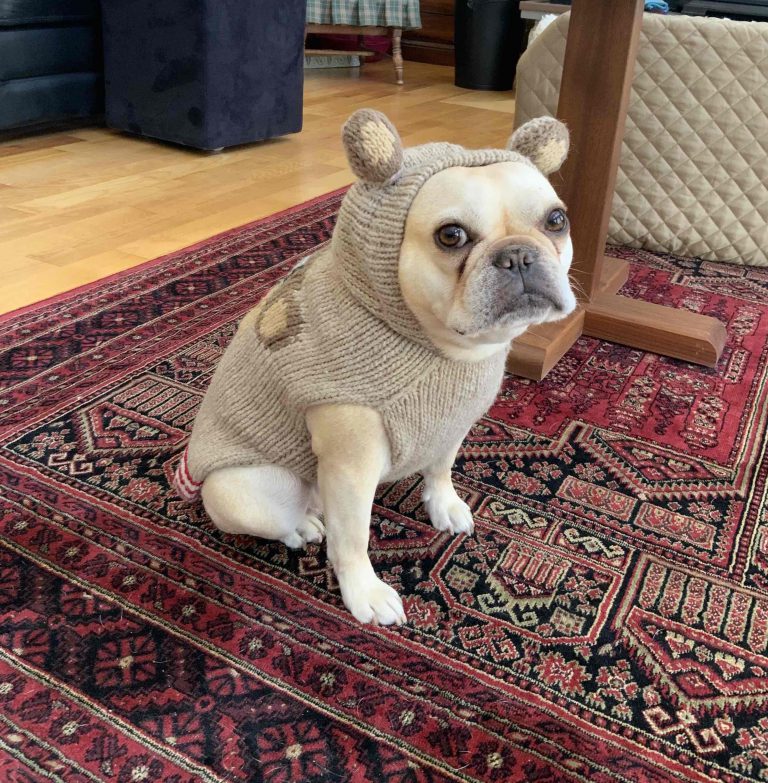 One seemingly funny part of living with Dani: her room-clearing gas. But while Frenchies’ famous farts can be amusing, Dani’s were the sign of ongoing digestion problems. “We had fans next to the chair; your eyes would water,” says Eileen. “And she had diarrhea. Her digestion was not OK.”

After trying a range of different kinds of pet foods, Eileen dug deep into researching diet options for Dani. When she discovered fresh food, she sought an expert opinion: “My vets are my friends,” she says. “They said ‘we need to see the ingredients.’ They were like ok this is good.’” After Eileen started feeding fresh food, Dani’s digestive issues cleared up, and there was a distinct improvement in the air quality  around the house. “She’s never had diarrhea on this food,” says Eileen. The Farmer’s Dog plans also made it easy to watch Dani’s weight. And her poops are smaller, and well-formed. “My family jokes with me, ‘oh, are you talking about the dog’s (poop) again?’” Eileen says.

Find out more about a fresh-food plan for your little fire-starter.