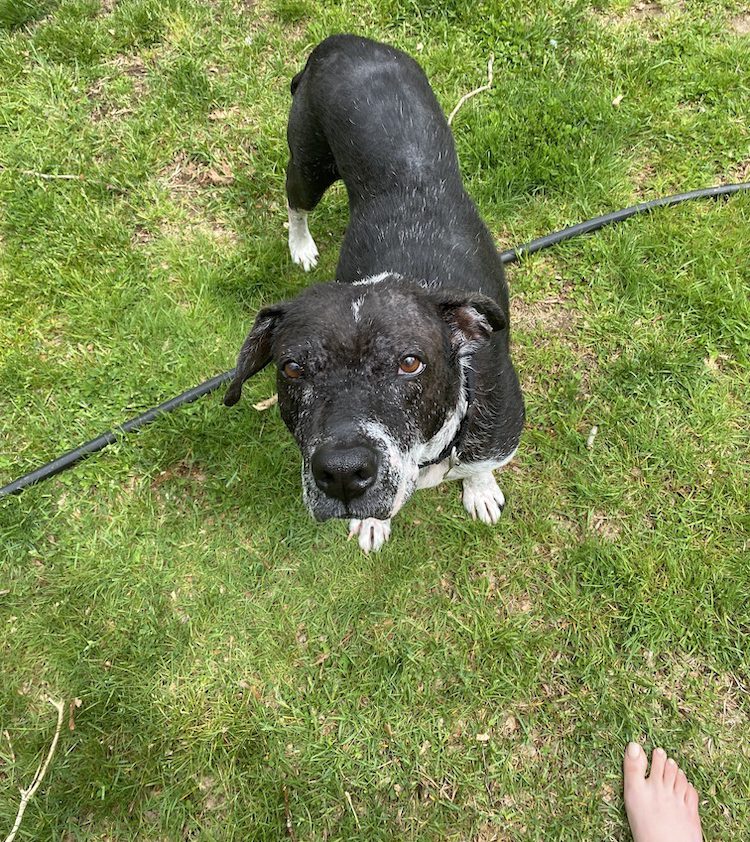 Dino is a sweet dog, but his appearance—including mangled ears and missing patches of fur—scared strangers. Perhaps due to the way others perceived him, he could be nervous and shy. After switching to fresh food, Dino is is growing his fur back, getting more positive attention, and gaining confidence. Dino’s mom, Danielle (who works here at The Farmer’s Dog), can barely contain her joy at his transformation.

Danielle’s friends were fostering Dino when she met him in December of 2020. He’d endured a difficult past, including malnourishment and fights. The pit bull mix had been living on the streets in Texas, and was sometimes attacked by other dogs after being taken into his first foster home there before moving to stay with Danielle’s friends in New York City.

While Dino is generally “not a kissy dog,” he was affectionate with Danielle right away. From the moment they met, she remembers, “He was all over me.” As she visited Dino more and more to walk and play with him, their bond got stronger. One day, when a houseguest was shouting enthusiastically at a sporting event on television, Dino became frightened, walked around the couch, and plopped his entire 80-pound frame on Danielle’s lap.

So, when Danielle was set to get married and move to Long Island, she let her husband know her terms: “You have no choice,” she remembers telling him. “I can’t live without this dog. He’s my soul mate.” Her husband brought the dog into their house as a wedding gift in April of 2021, and they’ve been together since. 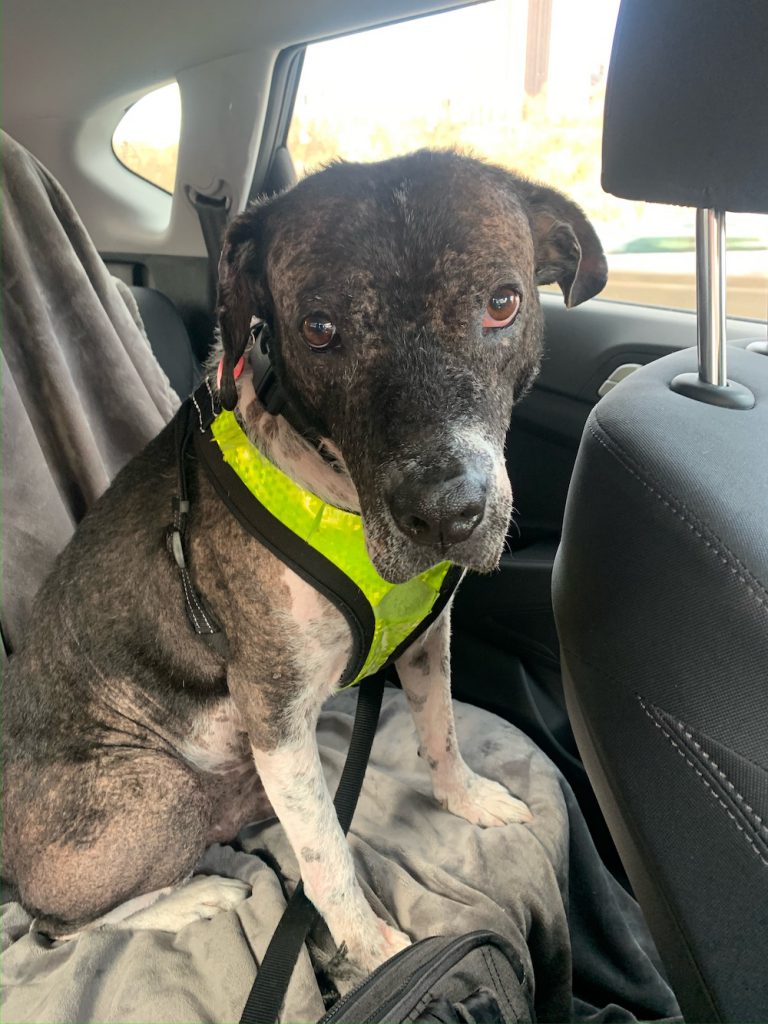 Danielle was overjoyed to have Dino in her house, and he finally felt like he had a home of his own after moving around for so long. “He didn’t bark” in his foster home, she recalls, but now “barks at the trucks outside like every normal dog. He knows that this is his house.”

Even though Dino was friendly, many strangers were afraid to approach him because of his looks. Danielle and her husband took him to several vets and tried changing his food, including to prescription diets. “We tried every freaking kibble in the book,” she recalls, but nothing seemed to help. 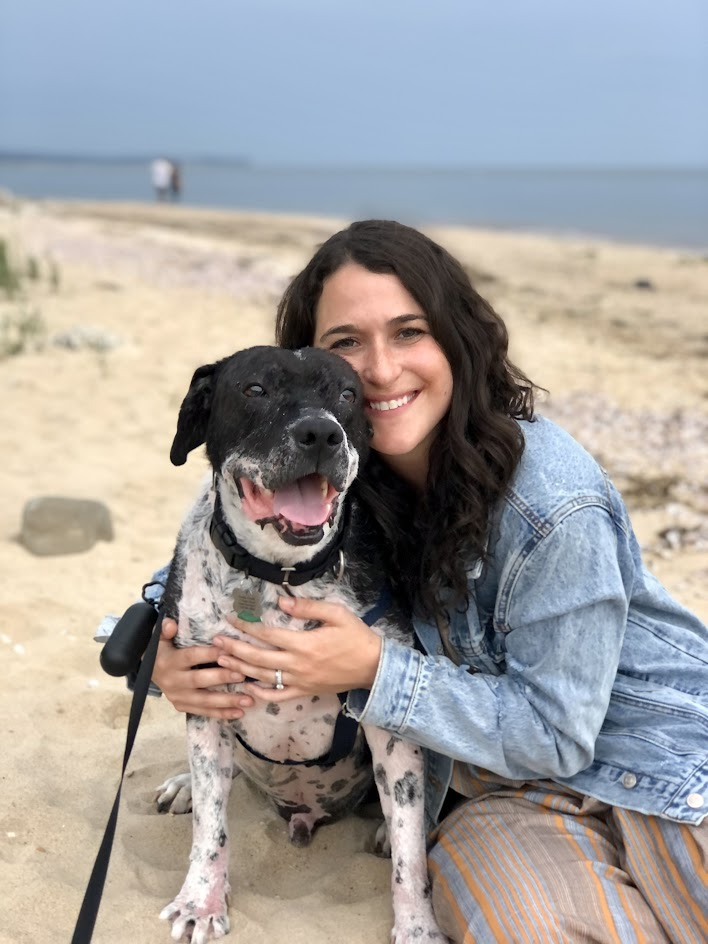 Dino and Danielle at the beach.

Not a swamp monster

In January 2022, Danielle started her new job at The Farmer’s Dog and began feeding Dino fresh food. Almost immediately, she could see the improvement.

“He’s thrilled,” she says. “He loves the food.” Dino’s so enthusiastic about his new diet that his humans have had to start using a puzzle bowl to slow down his eating. (Not that a puzzle bowl is ever a bad idea—it’s a fun way to keep your dog’s mind active during mealtimes).

With better health, Dino is free to spend more energy on his favorite things, like swimming at the beach, playing in the grass of his yard, and barking to remind his humans that it’s time for breakfast if they ever try to sleep in.

Dino’s improved coat has also made a difference in his social life.

“People have been scared of him for so long—and now he’s finally looking like he’s not a swamp monster, so people are petting him in public,” Danielle says. “I’ve seen this new confidence in him when he meets people. It’s really cool.”