Why Does My Dog Scratch the Ground After Pooping? 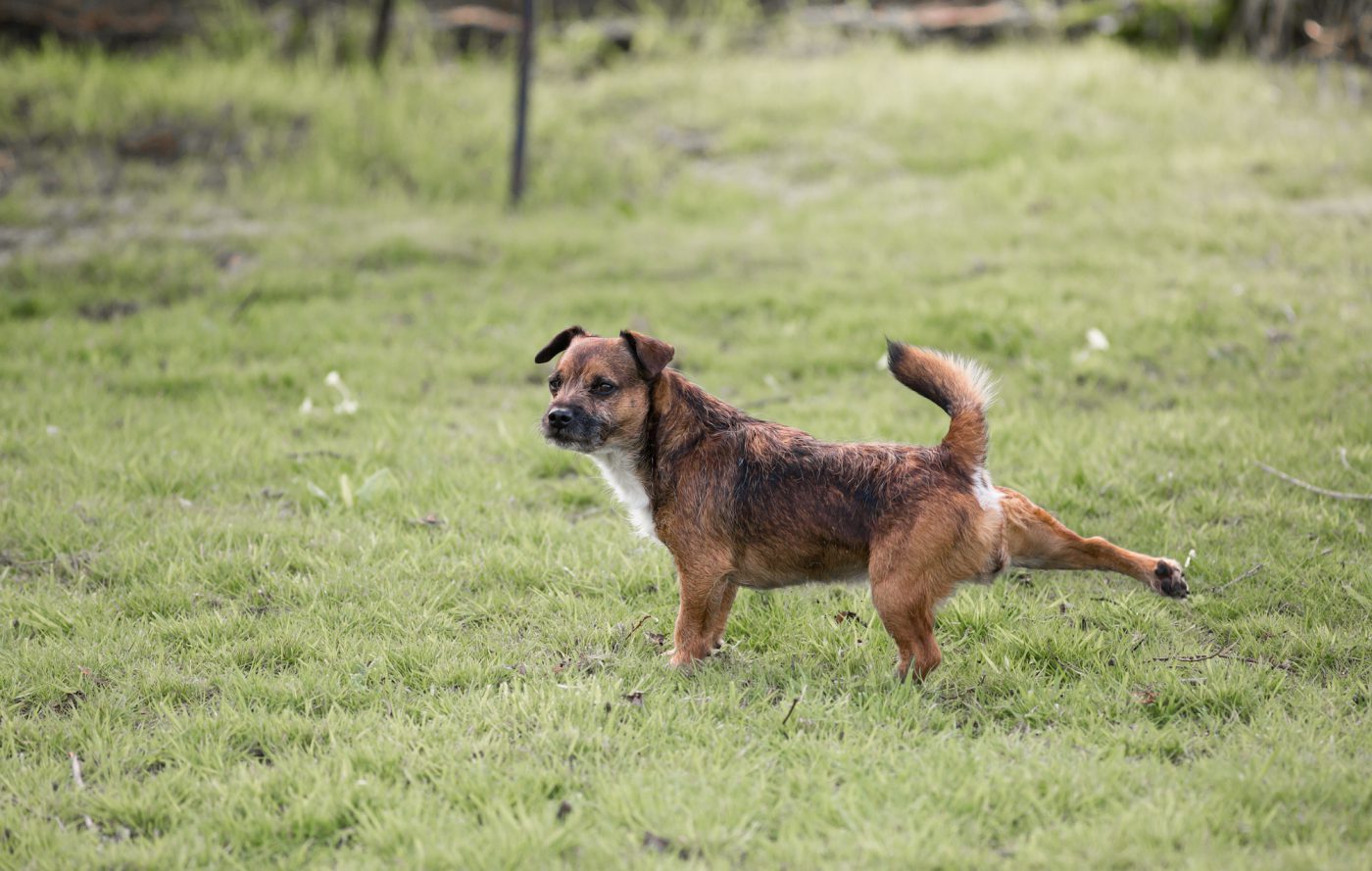 Dogs live in our world, and typically must conform to our ways and interpret our signals. So, it’s fun to be reminded once in a while that dogs are dogs, and they have their own way of seeing and communicating with the world that we don’t understand.

Scratching at the ground after pooping is one such occasion. It’s something that no one taught your dog how to do, yet they’re driven to do it.

There are a number of possible explanations for why your dog scratches the ground after pooping, peeing, or sometimes just when sniffing around.

Known as ground scraping or scratching, pawing the ground is a multi-sensory act for a dog, or what researchers call a “composite signal.”

Scraping involves a dog’s powerful sense of smell, but also the sound of scratching and the visual cue that the activity might offer other dogs.

Animal behavior experts have studied ground scraping in wolves and coyotes, and to a lesser extent in dogs. Observed in wild canids, ground pawing is considered a marking behavior that either leaves a scent message from the paws, helps to share the odor of the urine or feces they just dropped, or masks bathroom odors, and thus avoids tipping off possible prey.

One clue that reinforces this explanation: the sweat glands found in dog’s paws, which in addition to serving as a cooling and heating mechanism also generate odor. You may have noticed a popcorn or corn chip smell from your dog’s feet. Nicknamed “Frito feet,” it results when foot sweat combines with bacteria and yeast.  These paw glands also excrete pheromones. We cannot comprehend how complex this scent is to a dog’s nose.

In domestic dogs, Dr. Andrea Y. Tu, DVM, Medical Director of Behavior Vets of New York, notes, pawing at the ground could be a learned behavior to cover up the scent they involuntarily left behind while peeing or pooping. To a dog’s nose, the scent left behind from pawing is thought to last longer than that of evaporated urine or dried feces. 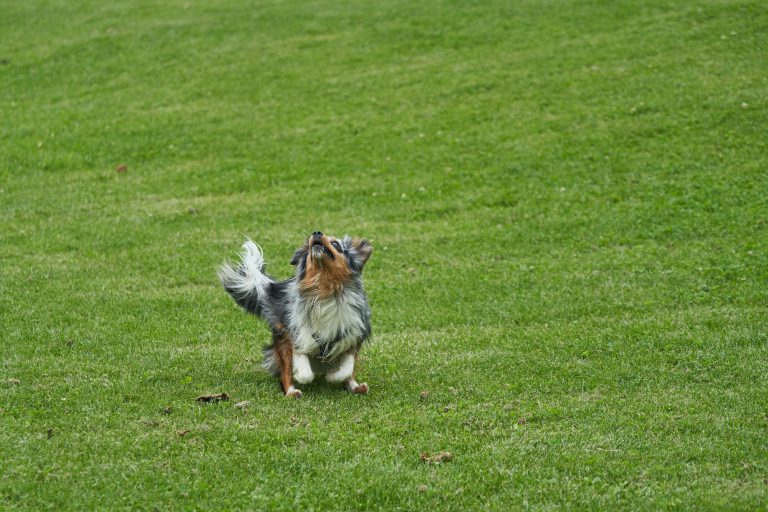 Scratching the ground can also serve as a visual marking to alert other animals. That visual marking may be the scraping action itself. Animal behavior expert and professor emeritus of Ecology and Evolutionary Biology at the University of Colorado, Boulder Marc Bekoff cites research by Dr. R.F. Ewer that suggests the act may be an intimidation display, and notes cases where dogs only began scraping when another dog joined their household. The visual demonstration may also just consist of  the marks left on the ground.

It’s useful to look at the context to help determine what’s driving the behavior, Dr. Bekoff tells us. “It could be to lay out a visible marker on top of the scent, it could be to try to cover it up and conceal they were there, or it could be because they feel exuberant— it feels good,” he says.

And that’s the most important conclusion—in general, ground scraping is normal, healthy behavior and probably makes your dog feel good. Experts advise you let post-pee-or-poop pawing play out naturally. And let the scratching come to a conclusion before scooping up, so you don’t get showered with grass (or worse).

Conclusion: When your dog paws the ground they are probably leaving a scent mark, or just making themselves feel good.