How to Treat Separation Anxiety in Pandemic Puppies—in Every Situation 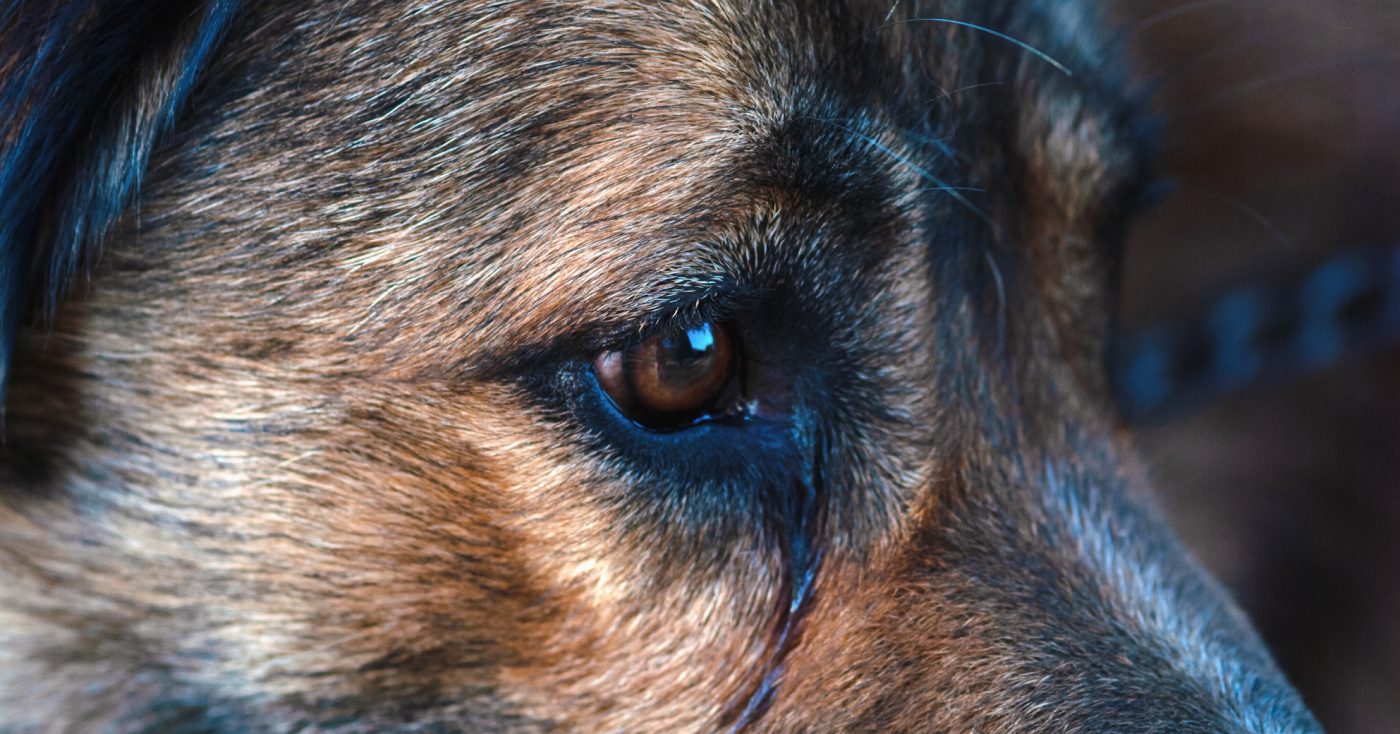 It’s fun to be the molten center of your dog’s entire world—until suddenly it isn’t. When they find it unacceptable to be temporarily deprived of your company, something has gone horribly wrong in the dog-human dynamic. Thousands of folks with pandemic pups found out as much the hard way this past year, while attempting to return to the office.

Even before vaccines first became widely available, trainers around the country started sounding the alarm about the potential for intense separation anxiety inherent in our new routines. Legions of newly acquired dogs who were heretofore happily joined at the lap with their humans were about to get tossed into the deep end of independence without any emotional floaties. Now that this hypothetical has become a reality with more and more people going back to work, trainers have gotten a firmer grasp on the extent of the problem, and how to effectively treat separation anxiety in pandemic pups.

Before the coronavirus forced a majority of workers to spend their days at home for months or years, leaving one’s dog alone for much of the day was the norm. Maybe you had a dog walker or daycare if you could afford it, but many people would simply head out in the morning and hope for the best. Younger dogs would cry it out at first but get used to lots of alone time out of necessity, and the world continued to turn. With pandemic puppies belatedly going through that process, however, the world kind of stopped turning. All they’d ever experienced was spending all day, every day, with humans who were as present and vital as the sun. And then the sun suddenly started going away for much of the day, every day. For a lot of dogs, the loss was devastating on a level they were incapable of handling.

“We’ve been doing this for 20 years and some of the problems these pandemic dogs are having just seem more profound, deeper, and with more of them than anything we’ve seen before,” says Denise Herman, founder and head trainer of New York-based Empire of the Dog.

The kind of separation anxiety-related complaints trainers began receiving last year, when people first went back to the office, were mainly about destruction, noise, and trauma. People were coming home from work to find destroyed furniture, neighbors complaining of endless barking, or dogs soaked in stress-drool. Erin Lanz, a trainer at The Canine Coach in the Twin Cities, recalls a summer 2021 client whose dog would pull books off the shelf and tear them to ribbons. Separation anxiety among pandemic dogs is such a common problem, some trainers such as Malena DiMartini and Julie Naismith have dug in and become dedicated specialists.

The good news is that—with patience—the problem is treatable, and the trainers interviewed for this article have had success with it. Although every dog’s separation anxiety is different, here are some proven tips for getting your pandemic pup more comfortable with being alone. 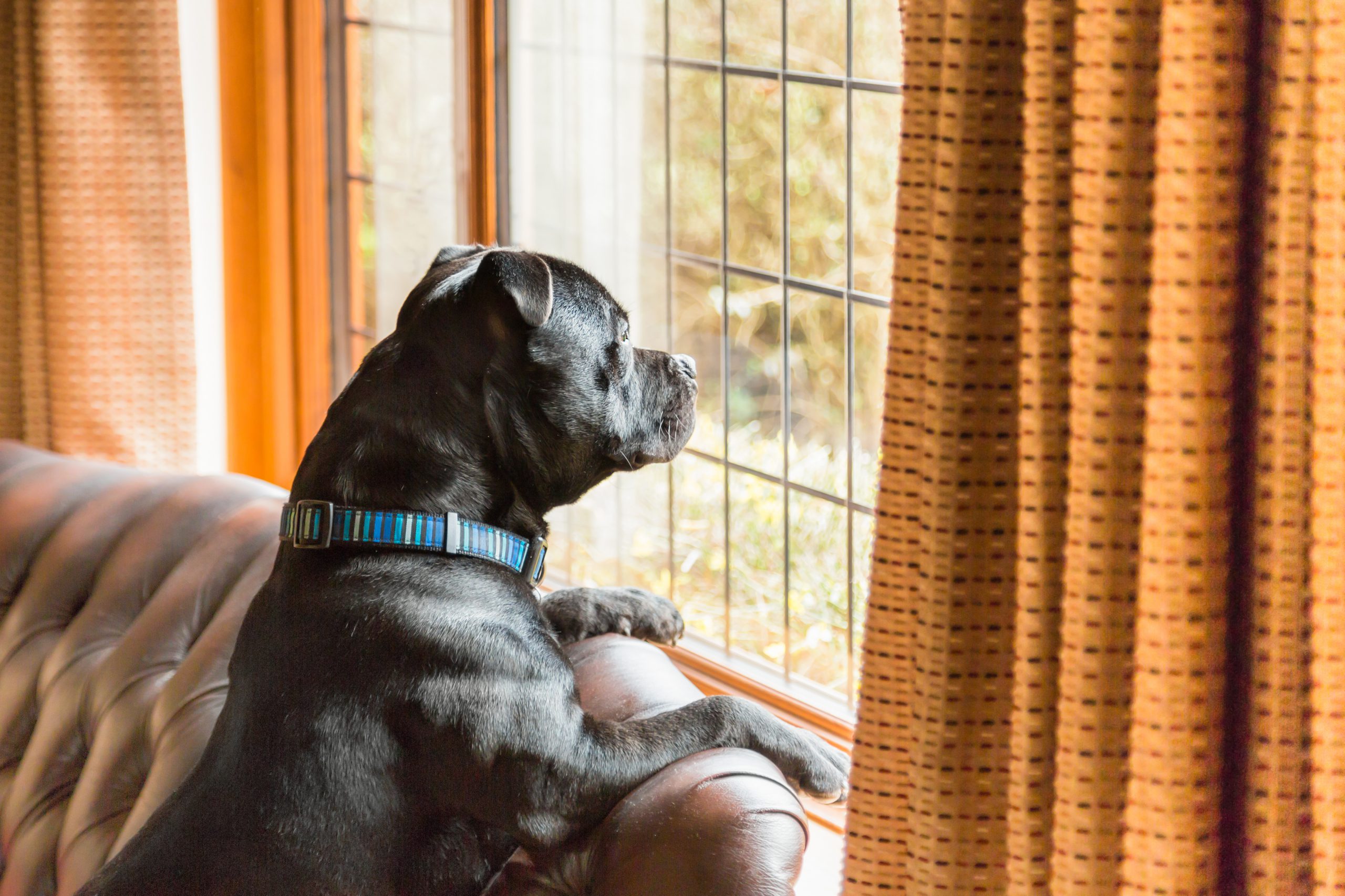 FOMO or Oh No

First of all, it’s important to know just what exactly your dog goes through when you go away.

“Separation anxiety is a spectrum,” Lanz says. “On one end, there’s FOMO (Fear of Missing Out), which is when they’re just upset about being alone with nothing to do, but they are typically able to calm themselves down—perhaps with some barking and destruction—within about 15-20 minutes. On the other end of the spectrum are dogs with true clinical separation anxiety, where the destruction is located in doors and thresholds because they are trying to get out and get to their people. The majority of pandemic dogs fall somewhere in between.”

Having some sense of where your dog exists along this spectrum will help determine the best course of action. Using a smart home camera or something similar, you can observe what happens in your apartment once you leave. (Perhaps some kind of Dog Toy Story scenario, although one has never “officially” been reported before.) If your agitated dog calms down within 20 minutes or so, the issue is likely just FOMO and it’s time to figure out how to make those first 20 minutes more painless going forward. For the dogs who continue wreaking havoc or just being generally distressed long after, consider contacting both a vet and a trainer to determine the best plan for helping your pup cope and manage their stress.

The pandemic may have thrown a monkey wrench into the process by which puppies develop independence, but that doesn’t mean it’s too late to teach them now. They just need to get super familiar with the experience of finding themselves alone and then discovering enriching activities to keep them occupied for a while. The way that trainers recommend doing so is through exposure therapy, starting with frequent micro-absences. Leave your dog a Kong filled with whipped sweet potato or peanut butter as you go get the mail, pick up chips from a bodega, or just stand outside for 10 minutes. Your dog needs to get used to the idea that you just leave sometimes now—and there’s always something fun to do when you go.

“You want them to think, ‘You’ve left 20 times this week and 19 of those times, I don’t remember feeling bad, so I don’t anticipate feeling bad the next time,’” Herman says. “It’s a numbers game. It’s not just your dog being able to handle three hours or more away. If you do 20 10-minute absences, and your dog feels good for 19 of those, they’re starting to feel better about absences in general.”

The more your dog gets used to the start of an absence, the more comfortable he or she gets with the entire duration of it. Of course, it might take more than a Kong to override the panic pandemic puppies feel at seeing their human—the very sun!—walk out the door. Try using a snuffle mat or treat-dispensing puzzle toy. Make a foraging bin out of a laundry basket with stinky high-value treats hidden beneath old, tattered toys. Dislodging food from difficult places engages the part of a dog’s brain that is still genetically locked in its hunter-gatherer ancestry. It’s their version of video games.

Lanz also suggests leaving a minefield of goodies on the way out the door—perhaps a cookie sheet smeared with peanut butter and shredded cheese on top—and urging your dog to not eat it. That way, once you leave and your dog inevitably does go to town on those goodies, he or she will feel like they’re getting away with something naughty. 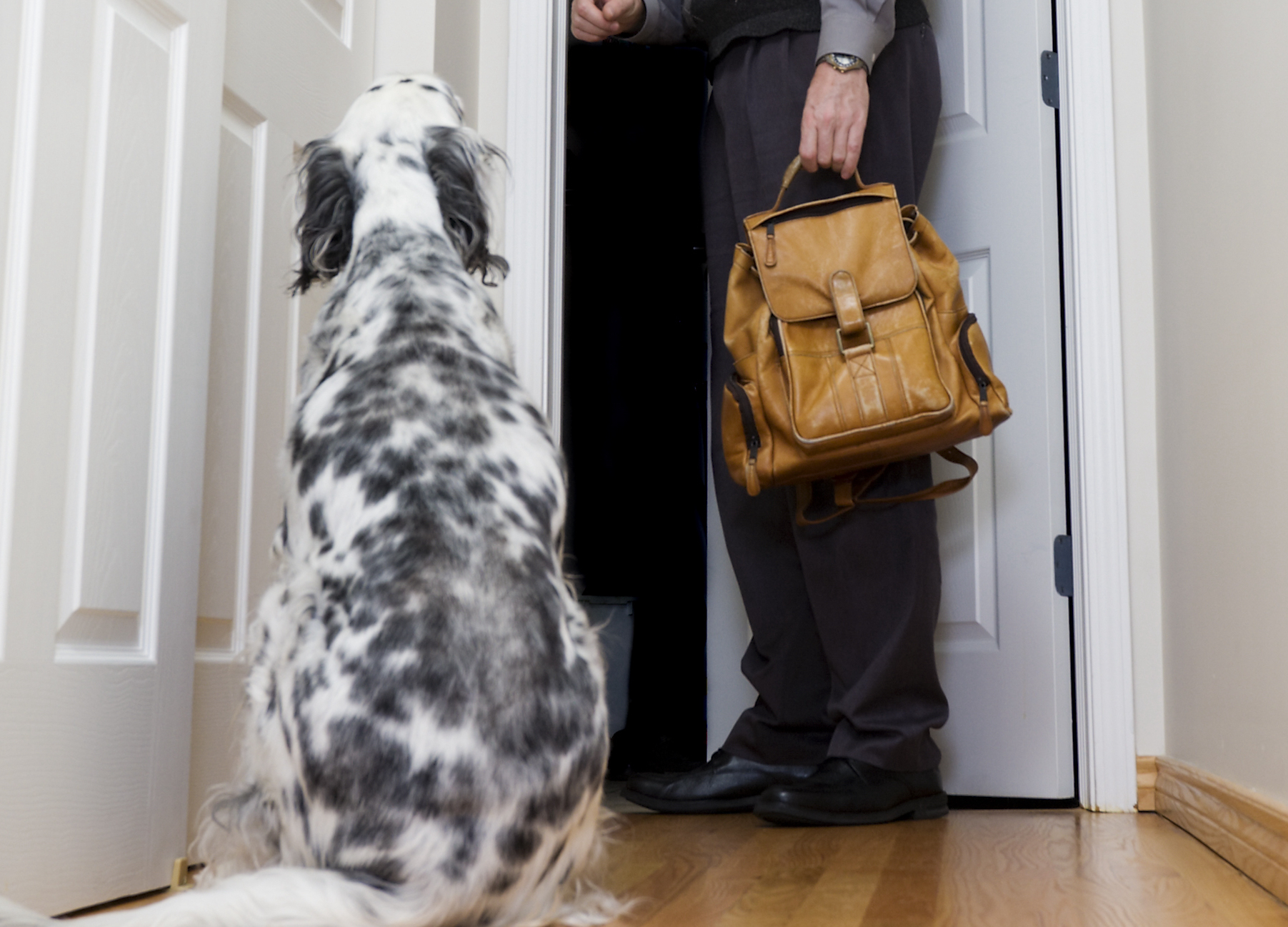 The prospect of being alone for 10 minutes should eventually feel the same to your dog as the prospect of being alone for several hours, so it’s best to leave just as casually in both situations. Any additional fanfare preceding a longer absence is not going to have the intended effect. Cramming in loads of extra attention just before leaving doesn’t fill up your dog’s love tank, so he or she can make withdrawals through the day. All it does is highlight the stark contrast between snuggle time and sudden solitude. Instead, try politely ignoring your dog in the 15-20 minutes before you walk out, so the transition is less jarring. If their response is to demonstrate anxious behavior, refuse to be a part of it. Soothing them just before you leave only makes them itch to be soothed externally even more after you’re gone.

Almost as important as not making a fuss about leaving, though, is doing the same when coming home. If your dog acts like they haven’t seen you for weeks and it’s a miracle you even returned at all, given the tragic circumstances that kept you apart for so long, you don’t want to validate that behavior. No need to ignore your poor dog, just don’t feed their excitement by reflecting it. The more you act as though what just happened is no big deal, the likelier they are to treat it that way when it happens again.

It seems rude for a dog to pick a favorite among his or her parents, but good luck explaining that to a dog. It’s fairly common for dogs to become especially attached to one of their humans—whether because that person was more involved in training, or because the dog simply likes their smell better—and leaving that dog alone with the less preferred person can be just as distressing to them as being left alone entirely. It’s not an insult, it’s just the way it goes sometimes. The way to treat this peculiar form of separation anxiety, though, is to keep your dog distracted with a Kong or puzzle toy while their favorite human is getting ready to leave, so they’re not just ruminating on the imminent departure. The more frequently the second banana takes the dog’s mind off the problem while the primary person is leaving, the less intense the response required after that person is gone.

Suburban dog-parents have a distinct advantage over their city counterparts when it comes to leaving a pandemic pup home alone all day: a bigger buffer between neighbors. Dogs left in a house to bark out their separation anxiety have a much smaller chance of being met with noise complaints than those in an apartment. Furthermore, since the sounds in an apartment building go both ways, there’s the added danger of an upstairs neighbor’s drum practice reactivating your dog into a heightened state right after they have finally self-soothed and calmed down.

For the latter problem, trainer Erin Lanz recommends a daytime white noise machine to help reduce anxiety, stress and fear in dogs. However, there is no magic-bullet solution for getting your dog to simply stop barking when left alone in an apartment all day. As Herman points out, there’s no gadget-based substitute for providing enriching activities and a foundation of independence built up over time.

The bottom line is this: Pandemic pups can be trained out of their separation anxiety, but just like the pandemic itself, there are no quick fixes.