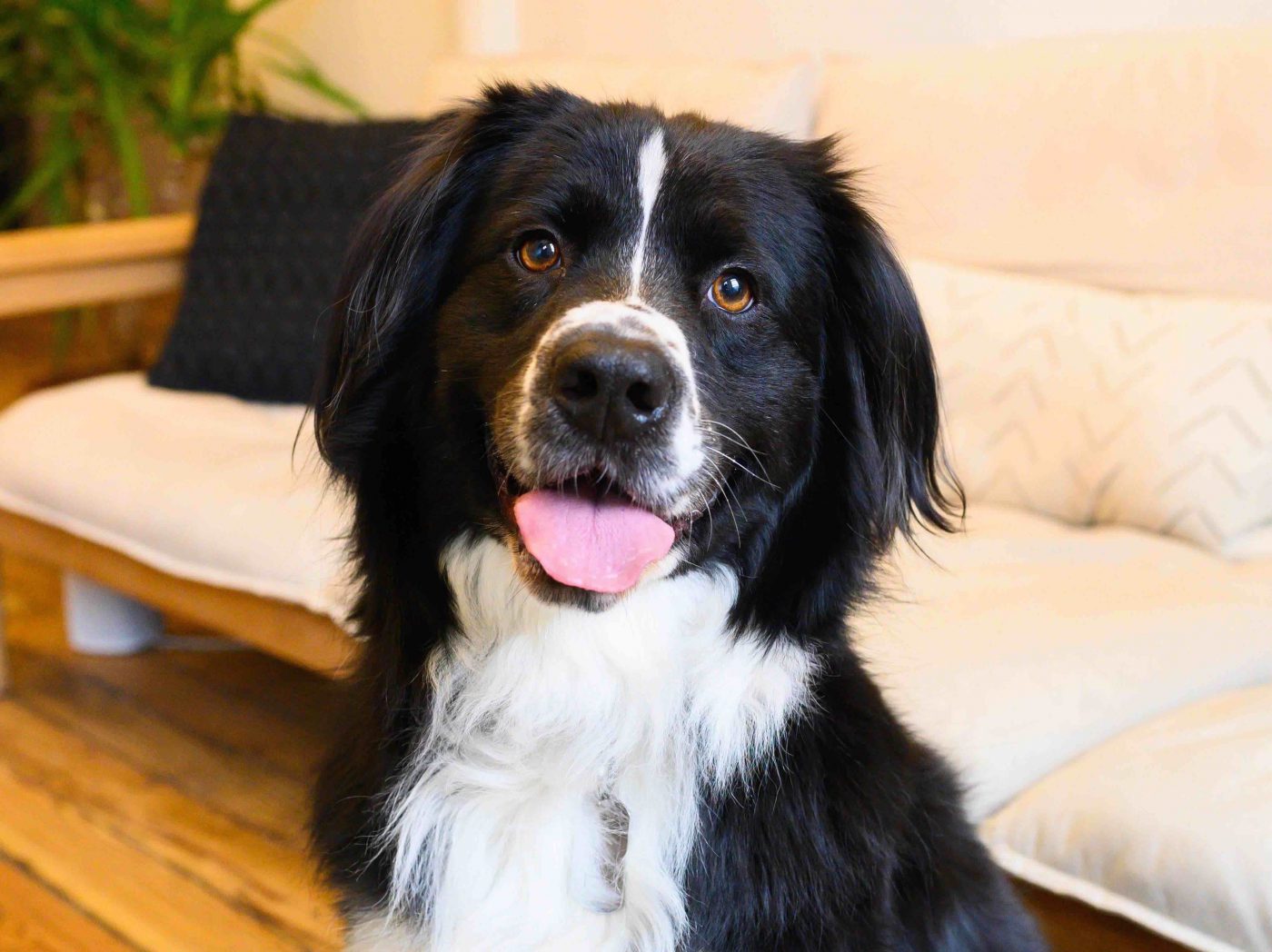 Jennifer Kleiman didn’t think her dog Vali had a significant weight problem until her insurance company informed her that he was on the “obese scale.” When she started feeding Vali The Farmer’s Dog, his weight decreased along with her premiums. And the persistent digestion troubles that Jennifer thought were “just the way it was,” disappeared. Here’s their story.

Braving an ice storm to get “my dog”

Vali came home with Jennifer six years ago. She was living in Charleston, SC, and a shelter in a nearby town was looking for an immediate foster for a six-week-old pup named Valentino. “I saw him online and I said, ‘I don’t know how I know, but that’s my dog,’” Jennifer says. She was compelled to go get her dog, even though a huge ice storm had just hit and driving was ill-advised. The spontaneous decision also meant that she wasn’t exactly prepared for a brand new puppy. “He slept in a laundry basket next to my bed,” she says.

Jennifer had her hands full when she brought Vali home. “When he was a puppy he had some aggression issues,” she says. “He also had mange, and digestion issues. I said, ‘what am I going to do? He’s my pup.'” After the first year and considerable effort, the aggression issues abated. But not the digestion problems. “Before we switched to The Farmer’s Dog, it was totally typical for my dog to throw up four times a week — it was a normal part of our day-to-day,” she says. She was told, essentially, that there was nothing that could really resolve the problem, and that maybe Vali just didn’t get enough mother’s milk as a pup. Jennifer tried several different dry and wet dog foods and consulted several vets. “We were always on a new diet plan or medication and nothing really helped,” she says. “It would get better for a week, and then it just went back to the way it was before, which was four-times-a-week puking.”

Weight gain that was no big deal, until it was

Jennifer and her husband moved to New York when Vali was about five. Even though Jennifer says Vali was never interested in his food, he had what she considered a minor weight issue. When she’d visit the vet, there was no sense of urgency; the advice she received was more along the lines of, “he could stand to lose a few pounds.”

But when she applied for pet insurance, suddenly Vali’s weight became a big issue. “They said ‘your pet is five to six pounds overweight; we consider that obese,’” she says.

A reduction in weight, and insurance premiums

After Jennifer switched to The Farmer’s Dog, Vali reached the insurance company’s, and the vet’s, definition of the ideal weight. “This is the weight that he needs to be — our vet was like, ‘this is what we were hoping for,’” Jennifer says. And even as he dropped the necessary pounds, he also suddenly became a food enthusiast. “Before, you’d put a food bowl down and he’d be like ‘cool I’ll check that in a few hours,’” she says. “Now it’s completely different. Now he cannot wait to eat.”

An end to vomiting, and an attitude change

While Jennifer made the switch to fresh food to address a weight issue, there were several additional, happy consequences. “All the other health benefits kind of fell in line under that,” she says. And that included the vomiting problem. “If you have a dog with health issues and they throw up all the time and you’re just consistently told that they ‘have digestive issues,’ you just assume, well, that’s my dog. You’ve never seen anything else. Now, I can’t remember the last time he threw up. I don’t miss cleaning up throw-up every day.”

Jennifer also noticed changes in Vali’s coat (“his coat’s always been nice but his coat is really shiny,” she says), his overall vigor, and even his personality. “We went to Maine with him this summer shortly after we switched [foods]. I felt like he could hike more and do more things. His stamina seemed different when he was there,” she says. “I also think his personality has shifted a bit. I just think he feels better now. My dog has become so much more cuddly. I wonder, did he just not feel good before? Was he just kind of crabby?? There are weird parts of his personality that have come out that are all a joy.”