No One Is Talking About This: The Puppy Blues 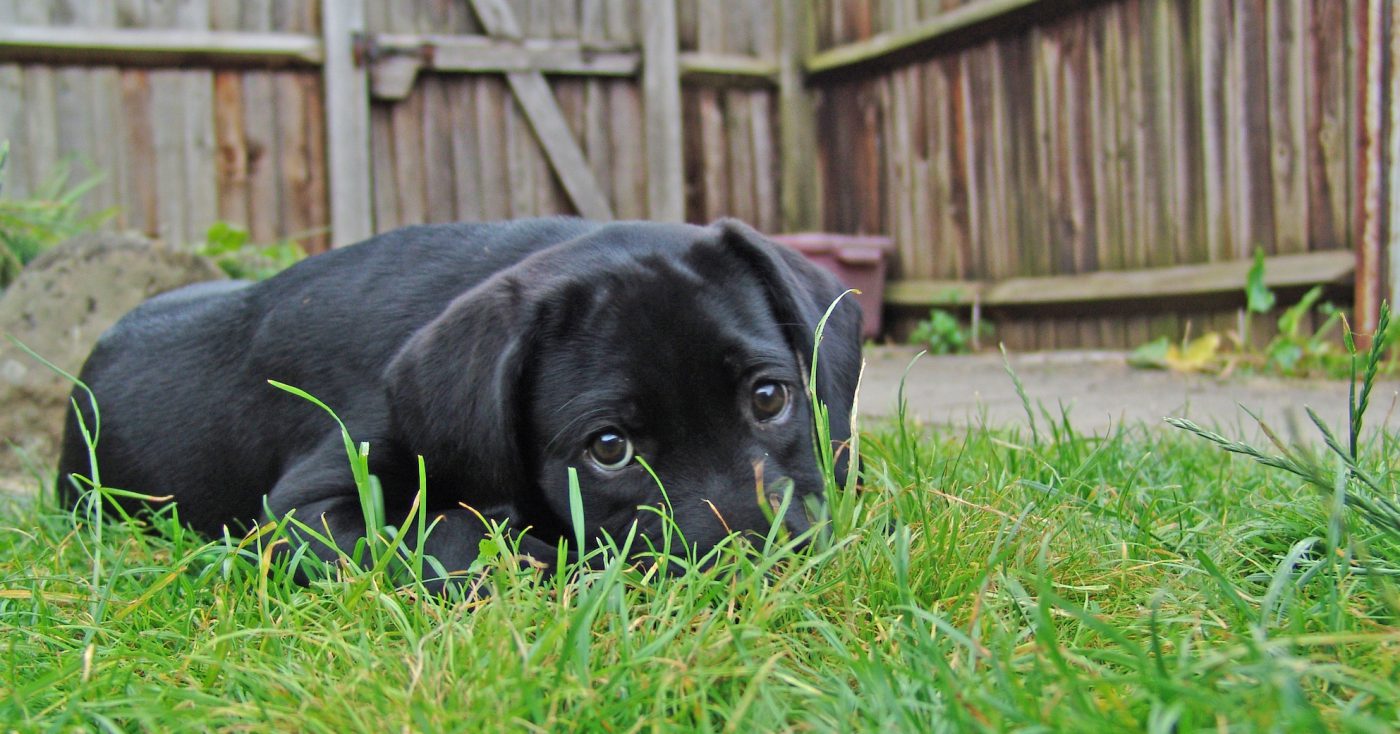 Of course there would be poop—and lots of it. Poop was the puppy-adoption pitfall the world had most thoroughly warned me about, lest I assumed it would all be wagging tails, licked faces, and soft snuggles. I knew going in that puppies are more like human babies than low-maintenance kittens, so I was mentally ready for sleepless nights and poop-filled days. What the world had failed to prepare me for, however, is that puppies are actually more like human babies with the razor-sharp teeth of a xenomorph from Alien, and a compulsive need to use them (mainly, it seemed, for biting me).

By the time my wife, Gabi, and I learned what having a puppy truly entails, we found ourselves exhausted and bleeding, our clothes in tatters, our spirits decimated. Just a week into our foster-to-adopt arrangement, we were at the end of our tether—a somewhat ironic place for dog chaperones to be. As it turns out, this feeling—somewhere between buyer’s remorse and postpartum depression—is so common, it has a name: puppy blues. It’s just that too few people who aren’t currently experiencing it seem to talk about it.

“The first three days, you are going to think you made a horrible mistake,” says Denise Herman, founder of New York-based training operation, Empire of the Dog. “Everyone feels that way. I’m a professional and sometimes when I’m taking care of a new dog, I feel that way. But you just have to ride that wave for a while.”

Here’s what riding that wave was like for us.

The idea of a puppy

Gabi had been lobbying for a dog for years, but adopting one was never my dream. My primary experience with dogs who weren’t viral sensations on Instagram involved having them jump all over me upon entering friends’ homes, while those friends screamed conflicting directions at both of us. In a pandemic, however, you’ll do just about anything to bring joy to your partner’s life, and for me that meant agreeing to go halfsies on a dog. 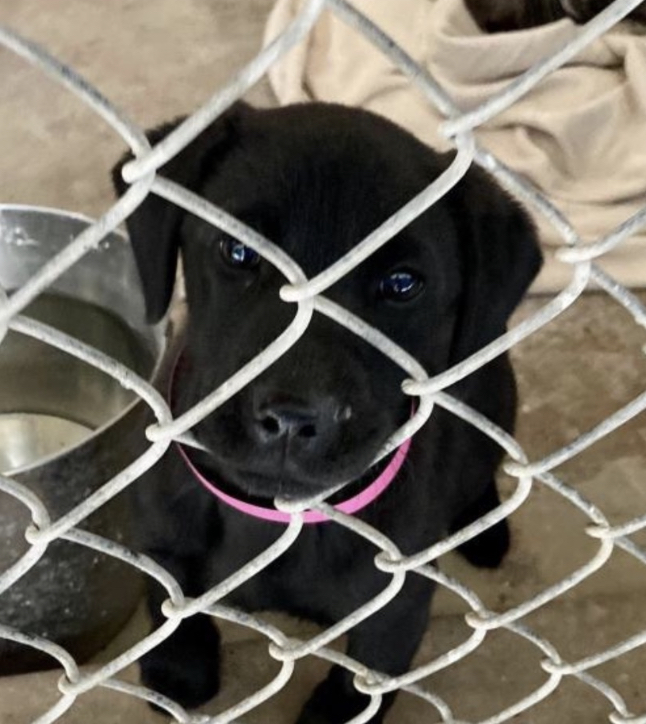 We decided our dog should be a puppy, so that we could get in on the ground floor of our new family member’s personality. This mystery dog would join our two cats, Kit and Meatball, in the fourth-floor apartment in Minneapolis where we had recently moved from Brooklyn. We’d barely begun telling friends we were trying to find a dog—which is far less awkward to hear about than a couple who is “trying” for a baby—when Gabi came across the one we absolutely had to bring home. Olive was a 3-month-old black Lab mix, stuck in a high-kill shelter in Texas. And if that sentence weren’t heartbreaking enough, an accompanying photo of the sad little pup burrowing her wet nose through a chain-link fence sealed the deal.

Olive was crying and yipping when she got off the bus from Texas at Minnesota rescue Ruff Start, but she perked up as soon as she first set paw in our place. With our cats hiding under the bed in our room, the door fortified by a baby gate, Olive happily puttered through every available nook and cranny, a black velveteen blur of boundless energy. She gladly accepted all the affection we gave her, licking our faces as we constantly nuzzled her, and she let me pull her around the apartment on her belly by a rope she bit onto, like a canine Swiffer. Even after Olive took a deluxe-size runny crap on our white shag rug, which we quickly traded for a temporary burner rug, we knew we were in love. “Foster-to-adopt” be damned; we were obviously going to keep her.

The reality of a puppy

Within a few days, however, we got to know the ugly side of Olive, which we referred to by spelling her name backwards: Evil O.

House training proceeded as expected—made worse only by the fact that it was February in Minnesota and every time we took poor Olive outside to do her business, it was -15 degrees. We cleaned up so much dog pee from our floor that it would’ve been a nice change of pace to clean up human pee instead. Crate training was a similarly unpleasant ordeal, buoyed by love. Olive woke us up a bunch those first few nights, but she was easy to pacify, and once we started draping our clothes around her crate—comforting her with our olfactory presence— she mostly stopped waking us up at all. What caught us by surprise, however, was all the brazen biting and the nonstop demand for focused attention. 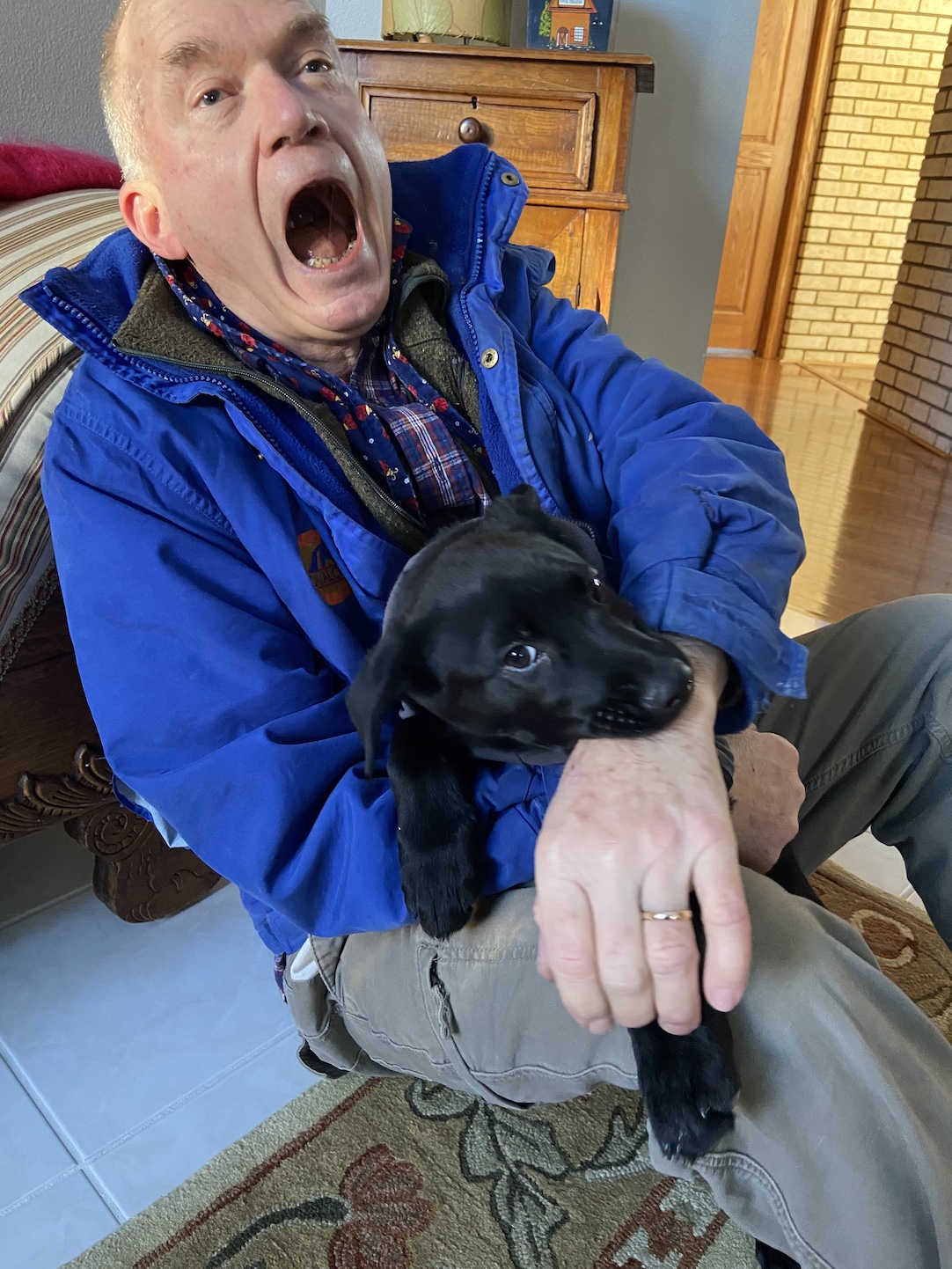 Petting or playing with Olive almost always led to her making dental divots in our hand-flesh, and anytime she wasn’t asleep, she was bouncing off the walls. If we’d had a yard, we could’ve just let her burn off her zoomies outside, but we were four stories high, in the snowy depths of winter. We’d planned for her arrival, but now we sort of needed a plan to account for every hour of every day.

Even worse than the wounds on our fingers, though, or the work that went undone since we couldn’t exactly call in “puppy” to our jobs, was the feeling of hopelessness. Olive was a clear and present danger to us and anyone she encountered, and, for all we knew, she could get even worse. We imagined spending upwards of two decades with a full-time Evil O, the reincarnated soul of a particularly exuberant baby shark.

Technically, our time with Olive had an expiration date. We could choose to only do the “foster” part of “foster-to-adopt” and be free in 10 days. But just as we were haunted by the hypothetical dog we might get stuck with, we didn’t want to regret missing out on the lovable pooch Olive might mature into. We called up Ruff Start and asked for an extension on making up our minds.

According to Herman, everything we experienced in our hour of highest doubt was completely normal. Biting and space/time management are extremely common puppy problems, to the point where it would be weird if we hadn’t had any difficulty there. Newborn puppies are sleepy blobs with low energy, but at around 12 weeks, they start to explore the world—and they use their mouths to do so.

“In those early months, they’re learning how to modulate jaw pressure,” Herman says. “They need to experiment and get feedback, preferably from their own species.”

When Olive was in that Texas shelter, the staff kept her in a cage by herself. She had no other littermates to learn bite-inhibition from, and so she started cold with us. According to Herman, we could have saved ourselves a lot of grief—and a lot of band-aids—by petting and handling Olive only when she was already tired or occupied by a chew toy. Putting one’s hands anywhere near a wide-awake three-month old puppy is always a gamble, and just because we’d been fortunate in the first day or two with Olive was no reason to keep pressing our luck. 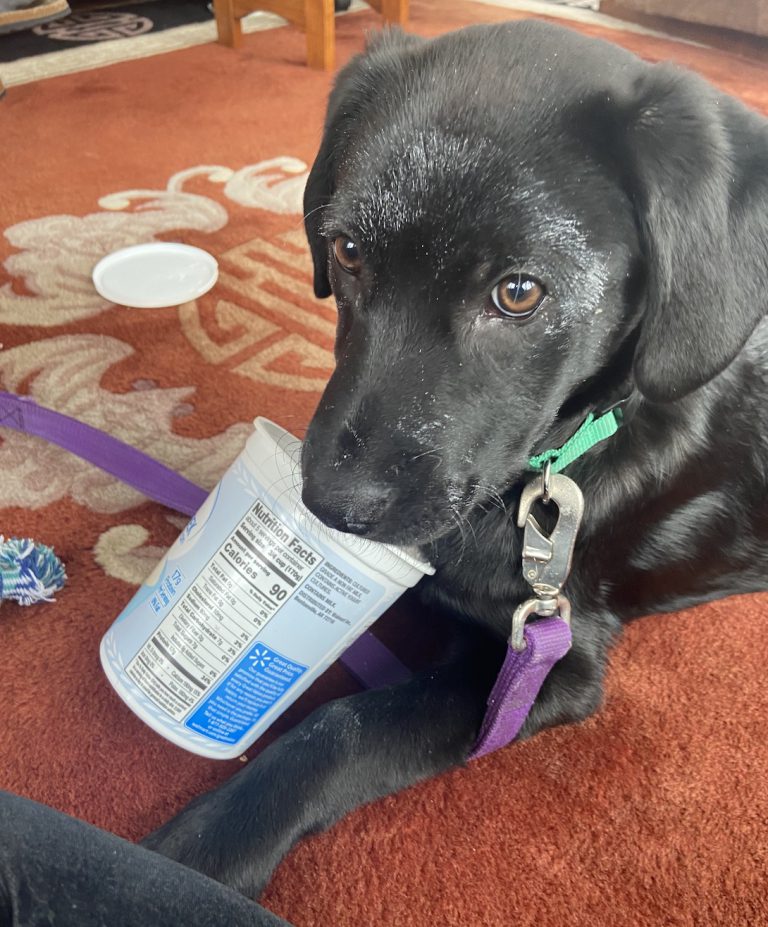 It’s not personal, it’s a puppy

We hit the jackpot, however, when we started keeping her on a leash inside the house at all times. Doing so made it easier to keep her from biting us whenever she got rambunctious—which was almost always—but as Herman points out, doing so is also useful for space management. Tethering your puppy in whichever room you’re going to be for a while is a manageable point in between keeping the puppy in a crate or letting her run loose. Herman also recommends liberal use of the crate throughout the day, though, both to help the puppy get used to it, and to give yourself more room to breathe.

Also critical is bearing in mind that the biting, barking, and general mayhem are never personal, which can be counterintuitive when the creature whose poop you clean up rewards you by gnawing on your cuticle or snarling for what feels like no good reason.

“Your dog is just being a dog, there is literally no malice there,” Herman says. “Even when they’re doing the most annoying things in the world.”

By keeping Olive on a leash indoors, and attaching a playpen area around her crate, we became better equipped to handle the challenges of raising a typical puppy. Many more challenges arose later on, and new ones still come up from time to time, but taking those early steps helped us see a path forward, and rid us of our puppy blues. By the end of the second week, we let the rescue know we were ready for the “adopt” part of “foster-to-adopt.”

Well over a year later, we now realize that the reason few dog parents tend to talk about puppy blues is that once you get to the other side, with a lovable pup who is (mostly!) well-behaved, a lot of people simply forget the full-on horror of those early days.

“When you’re going through it, at every moment you’re like, ‘This is horrible! When will it end?’” Herman says. “But then it does end and you let it go—unlike everything that happened to you in middle school.”

Tips for Getting Your Puppy Through Their Evil Phase

Confinement is your friend

As Herman notes above, try to limit petting time to when your puppy’s jaws are otherwise engaged. When they inevitably do bite you hard enough to cause pain, stop playing. You can also let them know that you didn’t like what just happened by making a yelping sound, or exclaiming “Ouch!” (no screaming—just a firm word will do).  Read more here.

Do the (almost) impossible—and leave them alone

By sheer force of cuteness, if not from their behavior, puppies demand attention. But getting your pup used to happily playing by themselves, and not smothering them with hugs at every possible moment, will set them up for success later on. Practice giving affection when they’ve done something you want to encourage.

When the puppy blues get bad, they can get pretty bad. Even the most committed carer will be pushed to their limit and think about doing the unthinkable (sending the puppy to live with relatives). Stick to routines just one more day. You— and your pup—will get through it.