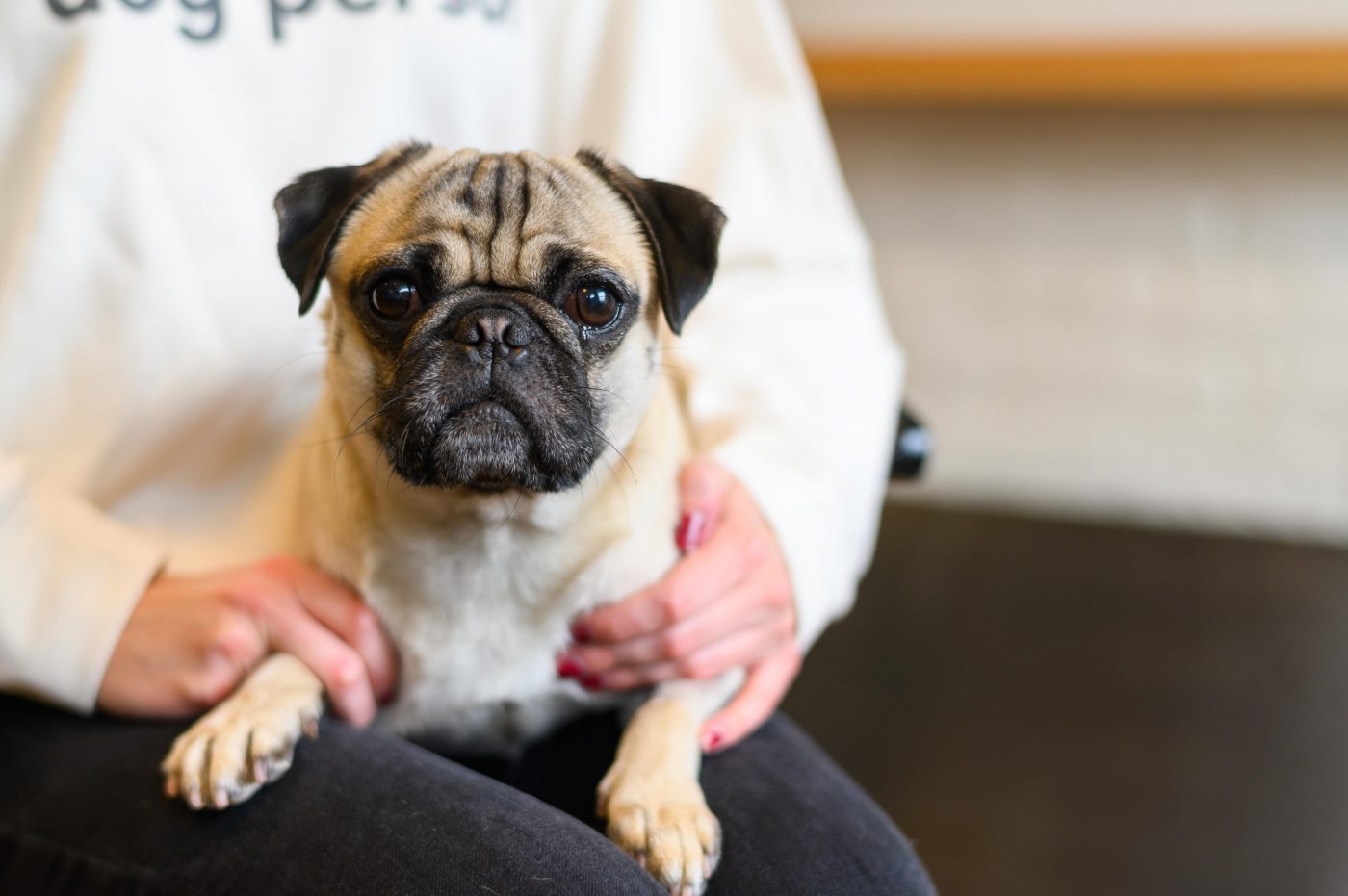 Taylor Percoski’s pug, Legend Chubbs, had a serious, ongoing hair loss problem, and was lacking energy—he simply wasn’t feeling well. His situation was compounded by the fact that he wouldn’t eat his own food. When Taylor started feeding Chubbs fresh food, his hair grew back in all its glory, and he couldn’t wait to eat. Here’s their story.

A Legend is born

Taylor Percoski got her pug, Legend Chubbs, as a present when she graduated college. She was living in California at the time, but Chubbs accompanied her on a move to Colorado, and then to New York, where they currently live.

When Chubbs was a puppy, Taylor started feeding him a premium kibble brand. “That’s what I thought was good for him,” she says. But soon after, her dog started to lose his hair. “He started to get patches everywhere,” she says. “We thought it was maybe an allergy to the grass in Colorado.”

Taylor brought Chubbs to the vet and tried various treatments to address his hair loss. “Everyone thought it was a staph infection,” she says. “Or they said it was an allergy. They put him on medicine and it didn’t help at all.” After two rounds of antibiotics, his condition didn’t go away. “It kept getting worse,” Taylor says. “He looked like a Dalmatian; he had so much hair loss.”

Taylor tried switching Chubbs from the chicken formula she was feeding to a commercial food with salmon. “Someone told me he might be allergic to chicken, so I switched,” she says. She said Chubbs’ hair loss slowed down but ultimately persisted. And there was another problem—he wouldn’t eat. “I had to sit on the ground to hand feed him morning and night,” she says. “I had to put cheese or cereal or something else on it to catch his attention.” It was confounding because she says Chubbs wasn’t a picky eater as a rule; he loved just about any “regular” food she gave him. “He eats carrots, he eats peas; he’ll eat anything,” she says. And yet he wasn’t eating his food, while pleading for the food that his humans were eating. “I thought, I have to switch this; he’s clearly hungry,” she says.

Chubbs also just wasn’t feeling well. He didn’t have the energy typical of a puppy. In fact, he didn’t have any energy. “When you have a dog you just know if they’re not feeling well,” Taylor says. “He was low on energy and he was a puppy. He was so lethargic. I just knew he did not feel good at all.” 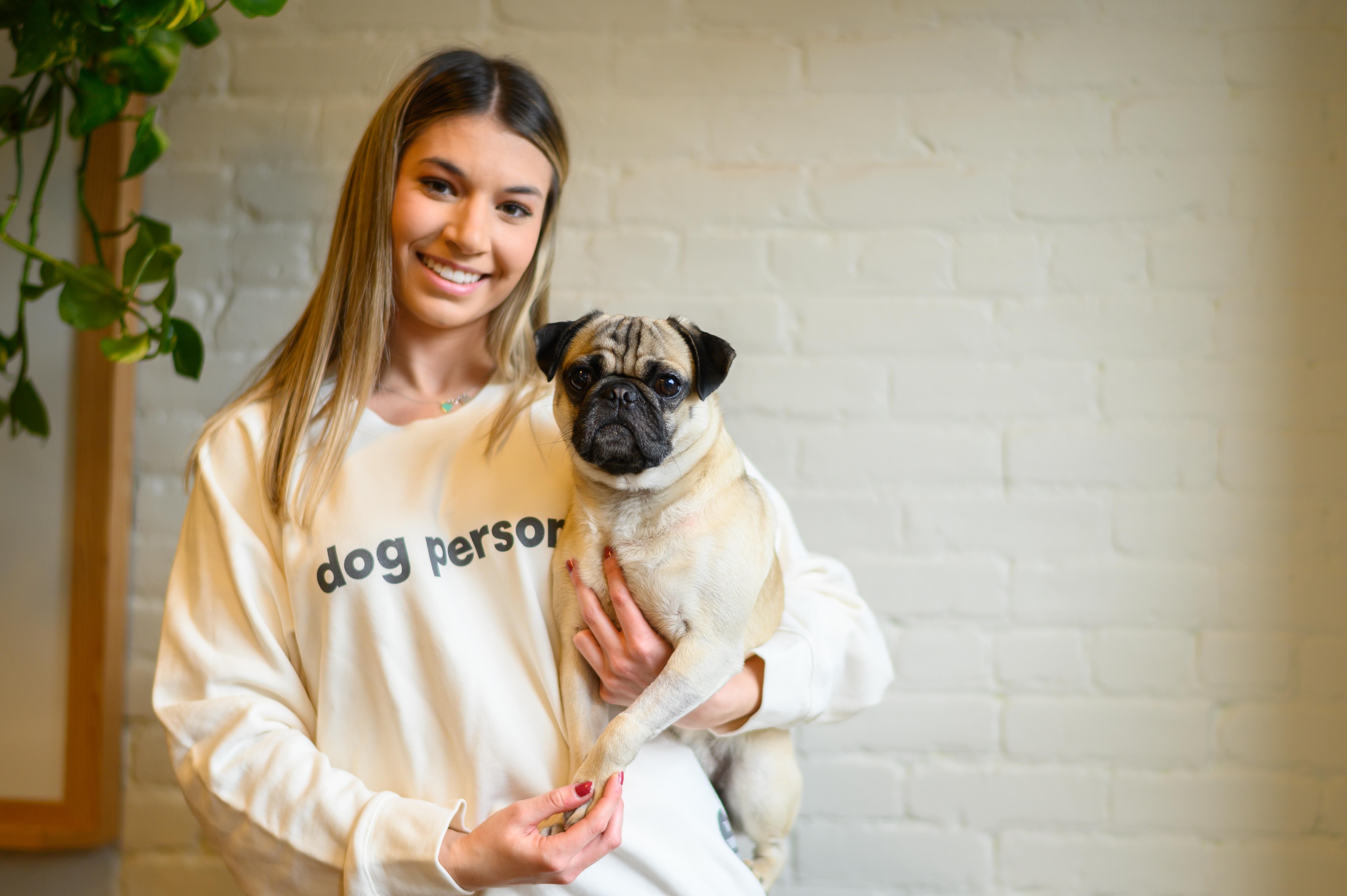 Taylor says that after within two months of eliminating chicken and processed food and feeding The Farmer’s Dog, Chubbs had all his hair back. A year later, she says, “he cannot get enough of his food. He’ll run to where I put the plate down. It’s so easy. I never have to add anything.” Chubbs still has all his hair, and more. “He has a lot more energy and definitely loves his food. He looks healthy. I know he feels healthy too.”

There was one seeming downside… Chubbs was suddenly svelte. “Everyone keeps telling me that his name doesn’t match his body!” Taylor says. “Everyone says he’s the most fit puppy.