Why Does My Dog Poop So Much? 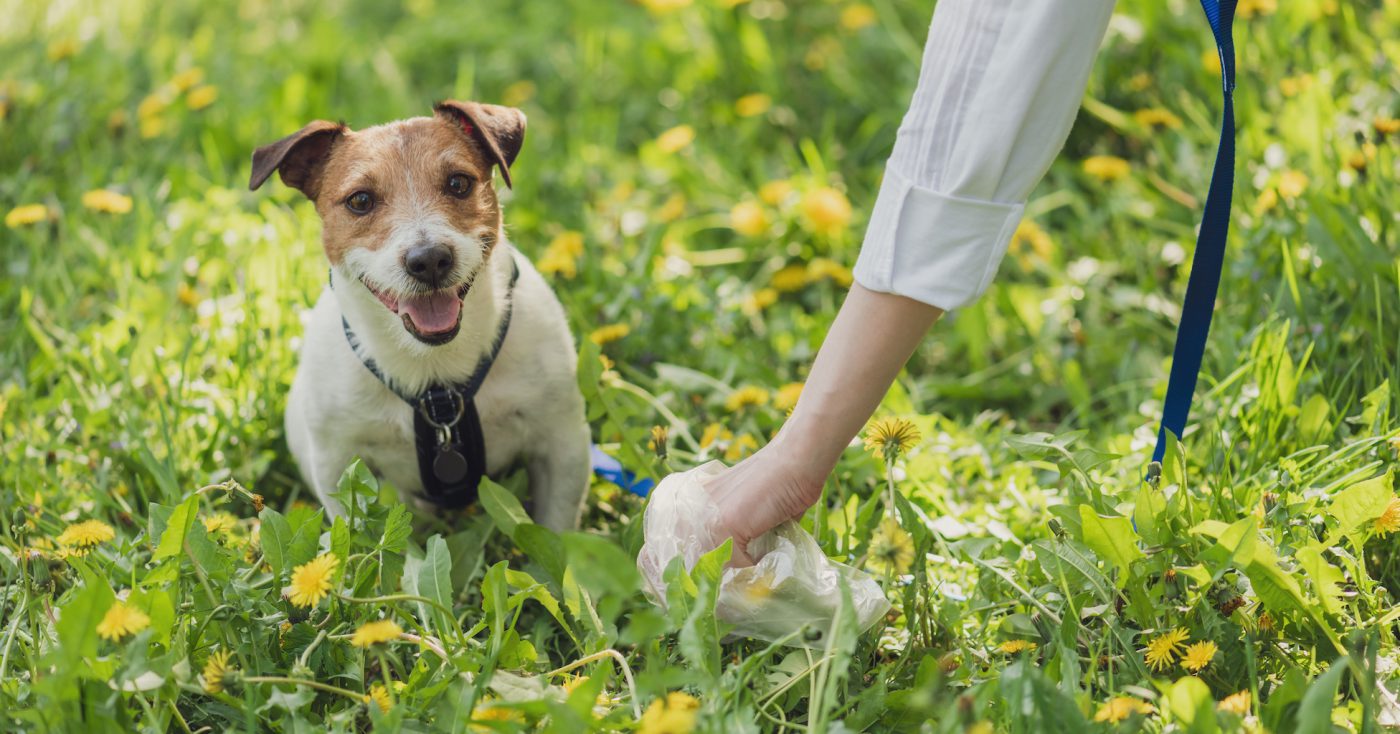 Anyone tasked with scooping poop might, at some point, wonder how it’s possible for their beloved pet to… produce quite so much. Before you go declaring yours the poopiest of pups, let’s take a look at the norms, and how much poop is too much.

How often should a dog poop?

Most healthy adult dogs relieve themselves at least once and up to three times a day. In young dogs especially, three times a day may be the norm, and if you’ve got a puppy, you might be picking up as many as five poops a day. However, it’s not only the frequency that matters, but also the quantity (and quality) of the poop.

If, for example, your dog is pooping a little more frequently than you expect but the poop looks healthy (firm, but not hard, not too large, with a chocolatey color), you might have no cause for concern (read all about how to identify a “high-quality poop” here).

So, when should you be worried? If your once-a-day pooper suddenly starts going five times a day, and there are variations in color, consistency, and volume, there’s probably something going on.

How to determine if there’s excessive frequency or volume

Without some sort of baseline, it’s difficult to tell if your dog’s bowel movements are out of the ordinary. It’s always a good idea to keep track of the frequency, quantity and appearance of your dog’s stools. We’re not talking about a detailed scientific study here, just keeping some mental (or even physical) notes.

If you notice changes in any of their poop’s qualities, make a note of the change, and what might be going on in their daily life that may have contributed to stomach upset.

Here’s a chart that shows what healthy poops look like, and which poops indicate possible digestive issues. 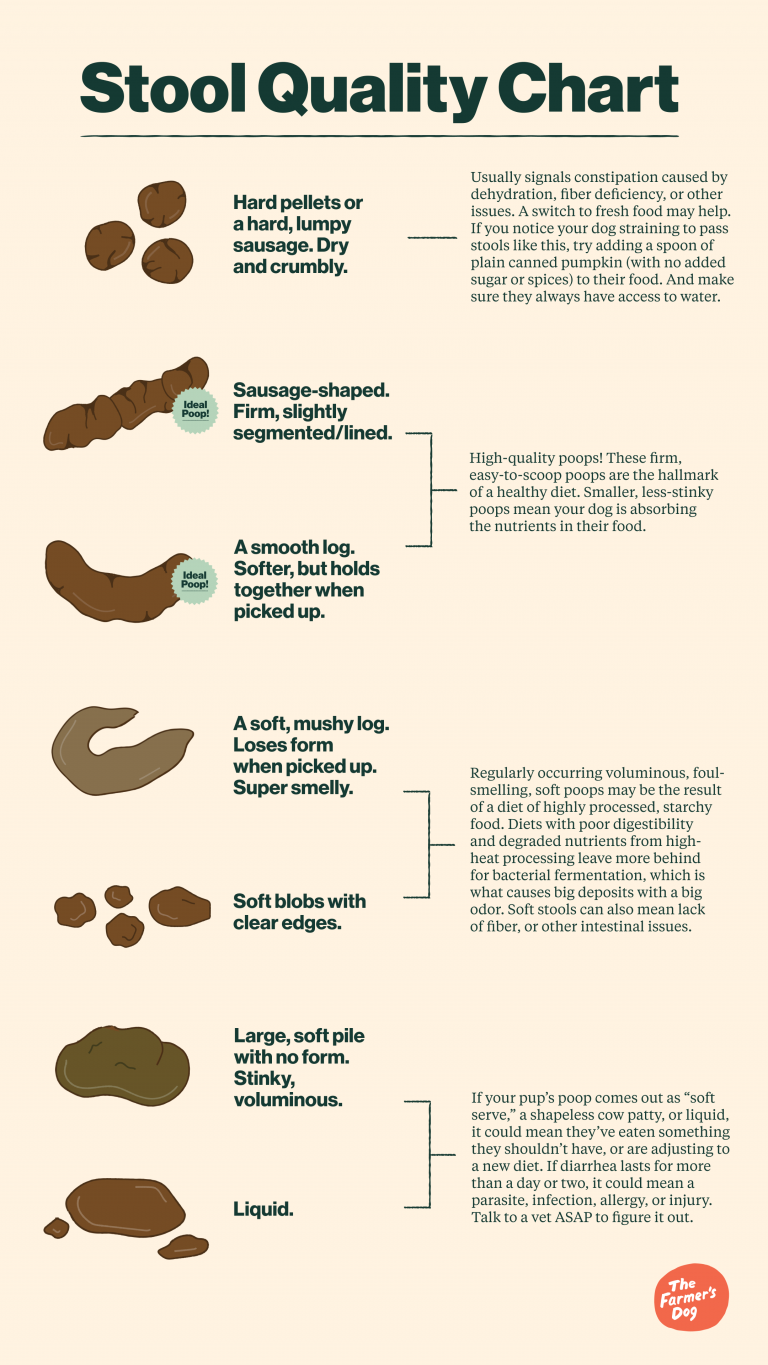 If your dog is suddenly pooping too much, you’re likely looking at diarrhea.

Diarrhea is when your dog is producing loose or watery stools, typically more frequently than they normally poop. Diarrhea itself isn’t a disease per se; it’s an indicator of other conditions or digestive mishaps.

Diarrhea can be caused by a wide array of things, some serious, some less so. Some of these causes include dietary indiscretion (eating something they shouldn’t have), a sudden change in diet, parasites (especially roundworm or hookworm), bacterial or viral infections, emotional distress, or serious illnesses.

If your dog’s poop has been looking normal and they have a bout or two of diarrhea, it’s typically nothing to worry about. Sudden diarrhea or other gastrointestinal glitches can often be a result of acute causes, such  “garbage gut.”

If the diarrhea lasts for more than a day or two, you should see your vet.

And pay attention to anything else that may seem out of the ordinary between rounds of poop, as it’s often the other signs that accompany diarrhea that can signal trouble. If your dog is uninterested in eating or drinking, appearing lethargic, or experiencing other GI upset like persistent vomiting, check in with your vet. They may want to perform a fecal exam to identify possible intestinal parasites, or abdominal X-rays and ultrasound to screen and visualize the gastrointestinal tract.

In the same way that stress and anxiety may cause constipation, these conditions can also cause your dog to poop excessively. Changes in environment or routine—like moving, traveling, or the introduction of a new family member—can cause acute stress-related colitis. Signs of this condition include diarrhea, and more frequent defecation.

If you think that stress might be causing digestive disruption in your dog, look out for other signs such as frequent whining or barking, pacing, shaking or excessive shedding and panting. And speak to your vet about some of the ways you can resolve the issue.

Whether your canine friend is the victim of unintentional overfeeding (something that’s common when eating a kibble diet, due to imprecise portion recommendations) or has a sneaky habit of stealing scraps and raiding the garbage, high calorie intake may result in a higher poop output. Poop aside, too much food also contributes to weight gain. Excess weight is a very serious health issue, so make sure your dog is eating the appropriate number of calories a day—don’t rely on the “ballparks” on kibble bags. For more information on getting portions right, read our guide. Signing up for a pre-portioned fresh-food plan also takes the guesswork, and risk of overfeeding, out of the equation.

And do what you can to prevent your dog sneaking food off the counter or out of the garbage—if your pup is stealing scraps, it can result in more serious problems than a little extra poop.

Food quality can also play a role in the volume of your pup’s poop, and digestibility is an important measure of pet food quality.

Digestibility is, simply, how much of a food’s nutritional value can be absorbed into your dog’s bloodstream. If a food is highly digestible, it means that your dog is actually getting the nourishment the food is designed (or advertised) to provide.

Studies have shown that fresh, lightly cooked food is highly digestible. Kibble often contains starchy fillers, and protein in the form of powdered “meal.”  That’s why, if you switch from kibble to a fresh diet, you may notice that there’s less for you to clean up at potty time. Voluminous, intensely smelly poops are a hallmark of a diet of highly processed kibble. Research has found that dogs fed fresh, human-grade food produced significantly less fecal matter than those on a diet of kibble.

So, digestibility directly affects how much poop is produced each day— and it also affects a dog’s long-term well-being.

When to seek veterinary treatment

If your dog seems content as a thrice-a-day pooper and the poops (and the pup) appear healthy, you may have nothing to worry about. Similarly, if they have a few extra poops one day, but otherwise seem fine, and their pooping schedule returns to normal, it’s no cause for alarm.

However, if you notice they have lost weight, appear lethargic, that blood or mucus has appeared in the stool and/or they have diarrhea that doesn’t resolve within 48 hours, you should call your vet.

Your dog’s prolific pooping doesn’t necessarily mean that there’s anything wrong with them. If they’re eating a healthy diet, and producing two or three small, “high-quality poops” a day, that’s a good thing. However, changes in defecation patterns can signal  a problem that requires attention. If you notice any other changes in behavior or any symptoms in addition to increased defecation, it’s best to get your pet checked out by a vet.

And if your dog regularly produces a LOT of huge, extra stinky poops, consider switching from kibble to a fresh diet! 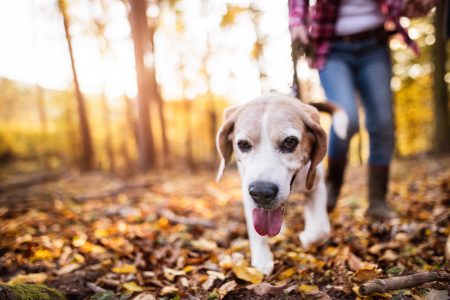 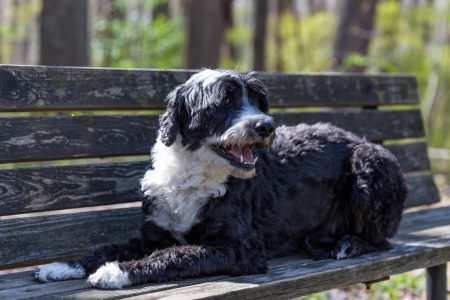 Is There Such A Thing As A Hypoallergenic Dog?

If you or a loved on have a dog allergy, no doubt you want...