Why Does My Dog Howl? 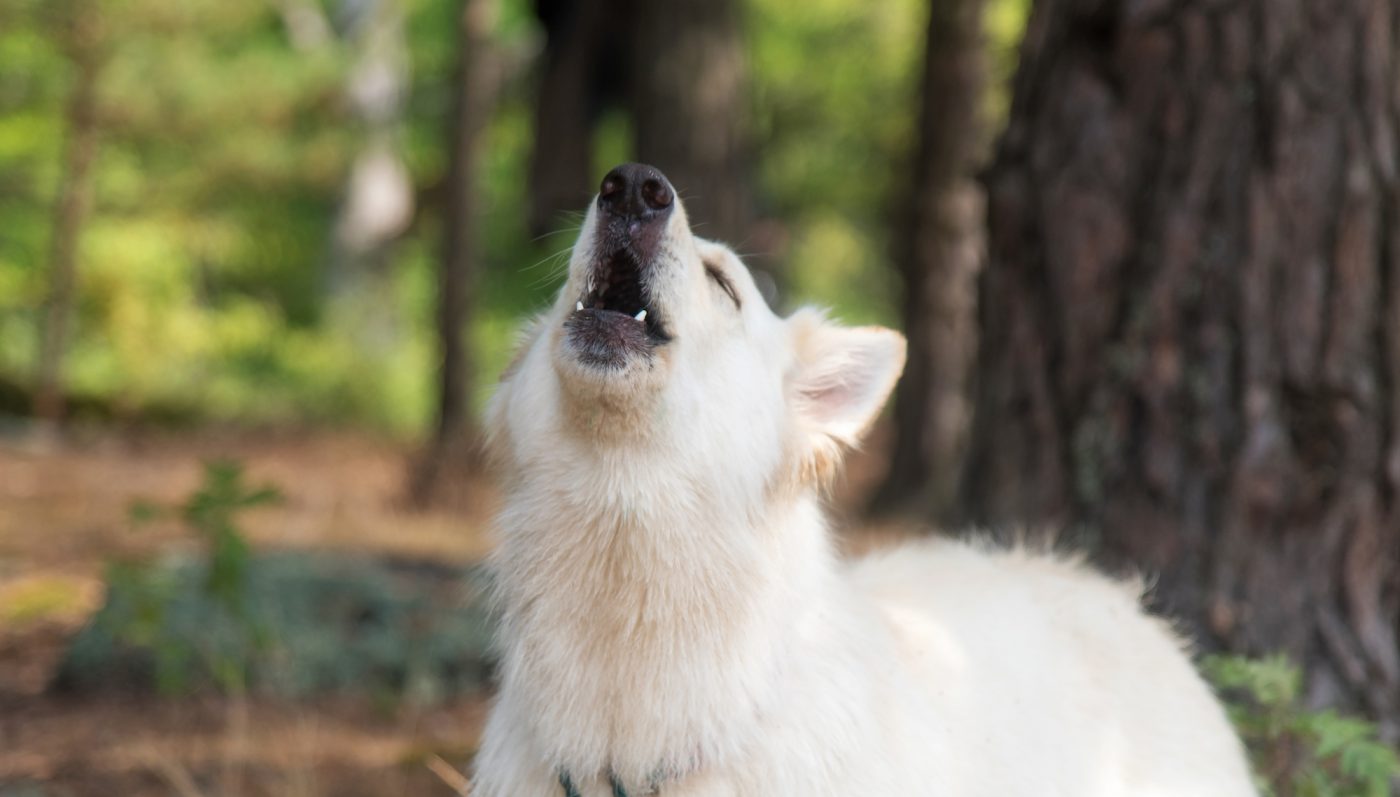 Howling is one very obvious and (depending who you ask) beautiful indication of dogs’ ancestry. We know wolves howl to communicate, though the whole story behind their complex howls is still something of a mystery. Howling in dogs is likewise a bit of a mystery, though we can piece together some of the likely causes.

Dogs might also howl when we don’t hear a thing, but in this case it’s important to keep in mind a dog’s ears are more sensitive than ours when it comes to hearing at a distance—if we can hear a sound 100 feet away, they can hear it at 400 feet.

Howling as a call and response instinct

In many cases when your dog is howling at a certain noise, they’re howling in response to what’s perceived as another howl. In howling back your dog is saying, “I’m here,” “I’m paying attention,” or they could be saying to you, “I want you to notice something.”  In such cases, your dog may not be distressed, but may think they are responding to the call of another animal in need, or need to convey this “alert.” Dogs are also thought to howl in response to another “howl” as a way of announcing, “this is my territory.”

Howling in response to short-term stimuli like sirens and music should cease when the provoking noise does, so it shouldn’t be an issue (in fact, many dog owners find it delightful in small doses). Counterconditioning can be effective if the noise is recurring and unavoidable—say you live near a hospital (read more about counterconditioning and dealing with noises here). 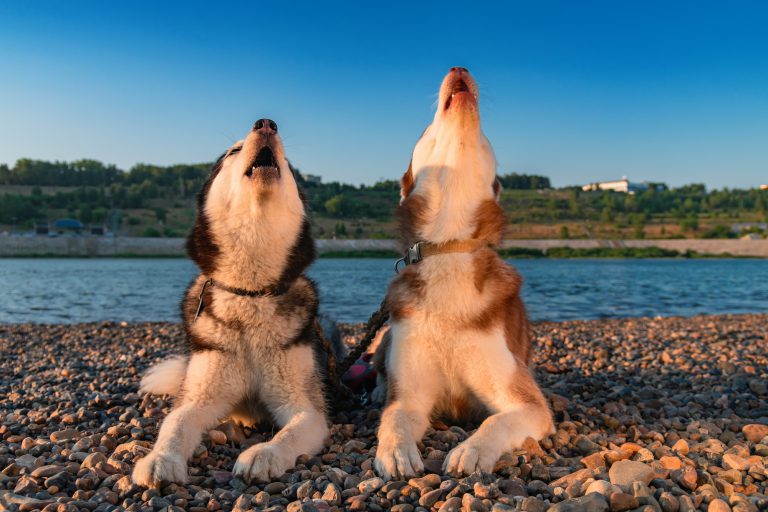 Howling is a way for dogs and their cousins to communicate over long distances, so howling when the owner is away could be a sign of separation anxiety. “They will howl and then pause,” says Dr. Andrea Y. Tu, DVM, Medical Director of Behavior Vets of New York. “It’s like a dog saying, ‘Hey, are you there?’ And if no one responds, a dog with separation anxiety could become more distressed.” You might hear about this from a neighbor who hears your dog howling when you’re away. Other clues to separation anxiety include pacing, destruction and elimination. They might get visibly anxious when you prepare to leave and ecstatic when you return.

To lessen mild separation stress, and in turn the howling, try counterconditioning, whereby the separation is associated with something positive rather than anxiety. On your way out the door you might provide, for example, a favorite plaything or a treat. A peanut butter–stuffed puzzle toy can provide both treat and mental distraction. Remove the toy when you return to strengthen its association with your departure. Read more about managing and preventing separation anxiety here.

Howling can also signal other kinds of distress. A vocal dog could be telling you they’re in pain or sick.  If your dog is howling constantly, or seems in distress, check in with your veterinarian to eliminate any medical causes.