Why Is My Dog Licking? 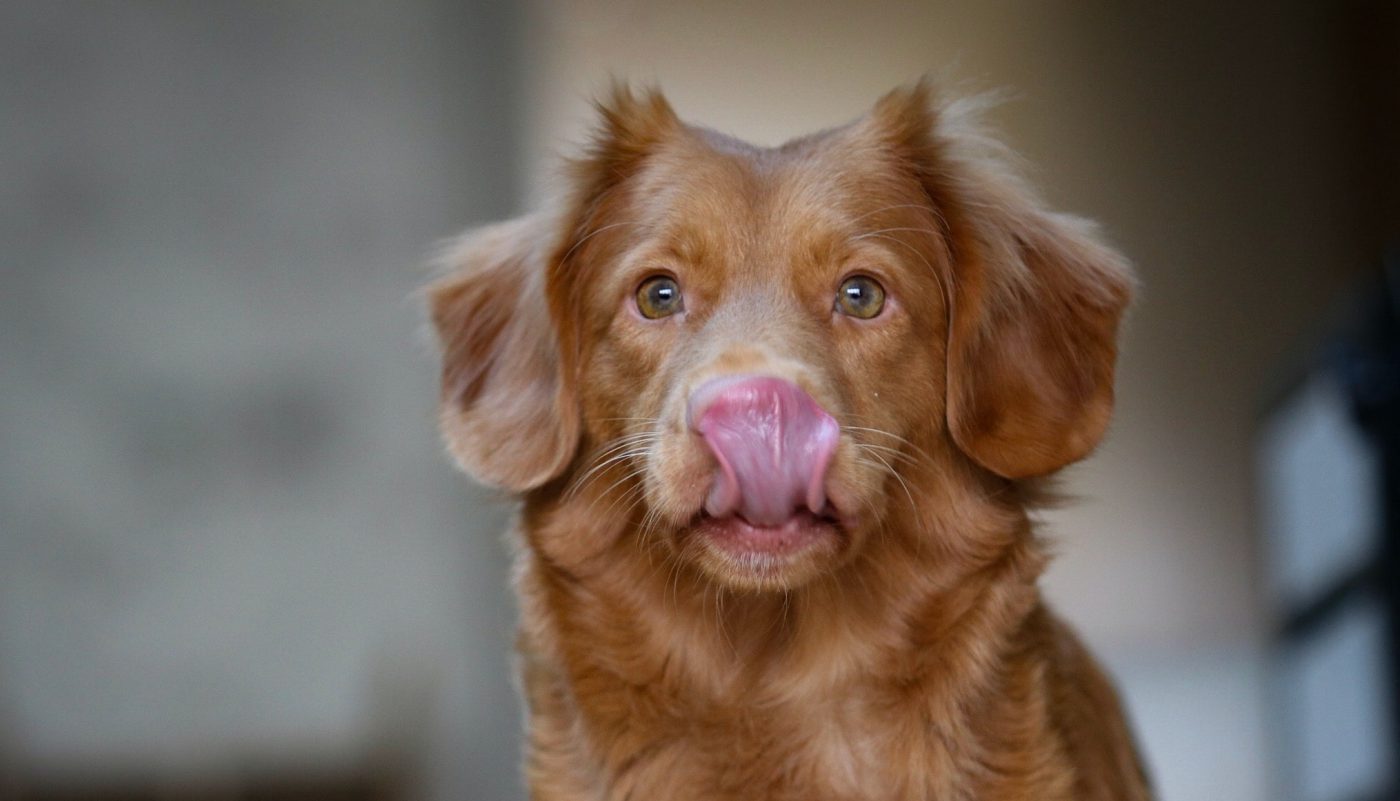 Dogs can make pretty much anything adorable, even things that would be revolting coming from a human. Case in point: licking their chops, and licking your face. While (usually) delightful, it’s worth paying attention to what’s prompting the licking.

What does licking mean?

All dogs lick for a variety of reasons, ranging from routine (tasting) to serious (stress). When assessing this canine behavior, keep context in mind. If your dog is proactively engaging with you and licking you, it’s likely they are showing affection. If your dog is reacting to some other stimulus by licking their lips and nose repeatedly, it could be a signal of stress.

Some simple dog behaviors can be interpreted with the help of what’s known as the Ladder of Aggression. The ladder helps explain the level of anxiety or stress that motivates behaviors, with lower-anxiety behaviors, like yawning, or turning their head away, on the bottom, scaling up to aggressive episodes. Licking is on one of the lower rungs and it could be what’s known as a displacement behavior. “They need an outlet for their nervous energy,” says Andrea Y. Tu, DVM, medical director of Behavior Vets of New York. “And licking is one possible very low-level sign that an animal is uncomfortable.” Often, humans think that dog bites or other acts of aggression “come out of nowhere,” but more often, dogs are actually giving us lots of these lower-level warning signals if we know where to look.

Where a dog licks is an indication of the behavior’s motivation. 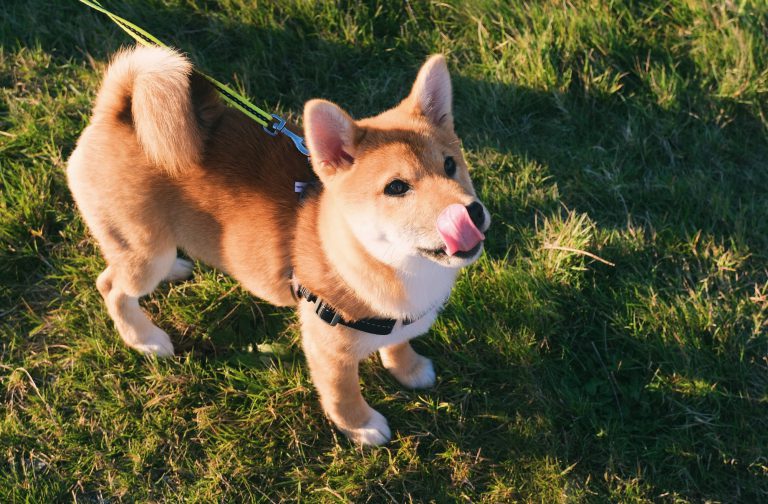 Why is my dog licking their lips and nose?

If you’re holding a juicy bone in front of your dog, a lip-lick probably means they’re excited to dig in. But if your dog is responding to a specific situation or some form of interaction or attention by licking their nose, it may be a sign of stress or worry. Lip licking in this context may be what’s known as an appeasement or calming gesture— a way of trying to dial down a perceived threat. Norwegian dog trainer Turid Rugaas introduced the concept of calming signals to describe a series of behaviors that dogs engage in when they feel threatened. They include looking away, freezing, raising one paw—and licking the nose or lips.

When you see this behavior, pay attention to what’s going on around them—they may need some space.

Why is my dog licking my face?

Affection tops the list of likely reasons your dog licks your face. While experts note that wolf puppies lick their mothers’ mouths to prompt her to regurgitate her food for them, it’s not likely your dog is expecting some partially digested elk when they lick you. The behavior may have its evolutionary roots in this behavior, but licking is also now just a form of friendly greeting for dogs and their wild cousins. A licking dog may also be mirroring a comforting act from their puppyhood, when their mothers licked them to clean them (and to prompt them to pee and poop). A licking dog could also be expressing respect by exhibiting submissive behavior.

A dog’s sensitive tongue could also be tasting your skin’s surface because they like the salt (or traces of whatever you just ate) or to help determine how you’re feeling.

Why is my dog licking their paws?

A closer look at the licked area can often reveal the reason for paw licking: dirt or grime, ice buildup, or cut or itchy skin. Take a look for any objects or insects stuck in your dog’s paw or paw pads. Clean the area with a damp towel, and call your vet if you are not sure if this is a skin condition that can be treated at home, or something more serious. A dog could also be licking their paws to provide comfort or draw attention to a condition you can’t see. While some licking is normal, excessive paw licking can indicate pain or stress, and it can also be a sign of environmental or food allergies, which can lead to secondary yeast or bacterial infections.

Excessive licking can also be an obsessive behavior. Consult your vet if your pup’s paw licking is constant to determine if there’s a medical or behavioral condition involved.

Why is my dog licking a surface?

Excessive licking of surfaces, or ELS, is when a dog frequently licks the floor, wall or other areas. While this behavior was once commonly assumed to be behavioral, with dogs diagnosed and treated for obsessive-compulsive behavior, one study linked ELS with a range of gastrointestinal disorders such as bacterial infection and irritable bowel syndrome. The good news: treatment of the underlying disorder often reduced (in 59% of dogs) or resolved (53%) the ELS.

When is dog licking a problem?

Again, if your dog is doing a lot of licking in response to a specific situation or some form of interaction or attention, it can be sign of stress. Other types of licking that become obsessive could indicate the dog is stressed or bored, or, as noted above, could be a sign of an underlying health issue.

How do I get my dog to stop licking excessively?

Try to determine the cause of the licking. If your dog is licking their lips and nose when confronted with a stressful situation, take note of what they’re reacting to and be sure to remove them from that interaction or environment before their response escalates. If they’re responding this way to a common situation like meeting new people, work with a trainer on counter-conditioning or desensitization exercises. But be mindful of not forcing your dog into situations where they’re uncomfortable. If they are licking you, or someone or something else excessively, try increasing their stimulation with exercise, play and human contact. A trainer can help with redirection strategies, and your vet can help rule out any hidden medical or behavioral causes.