Can My Dog Eat Popcorn? 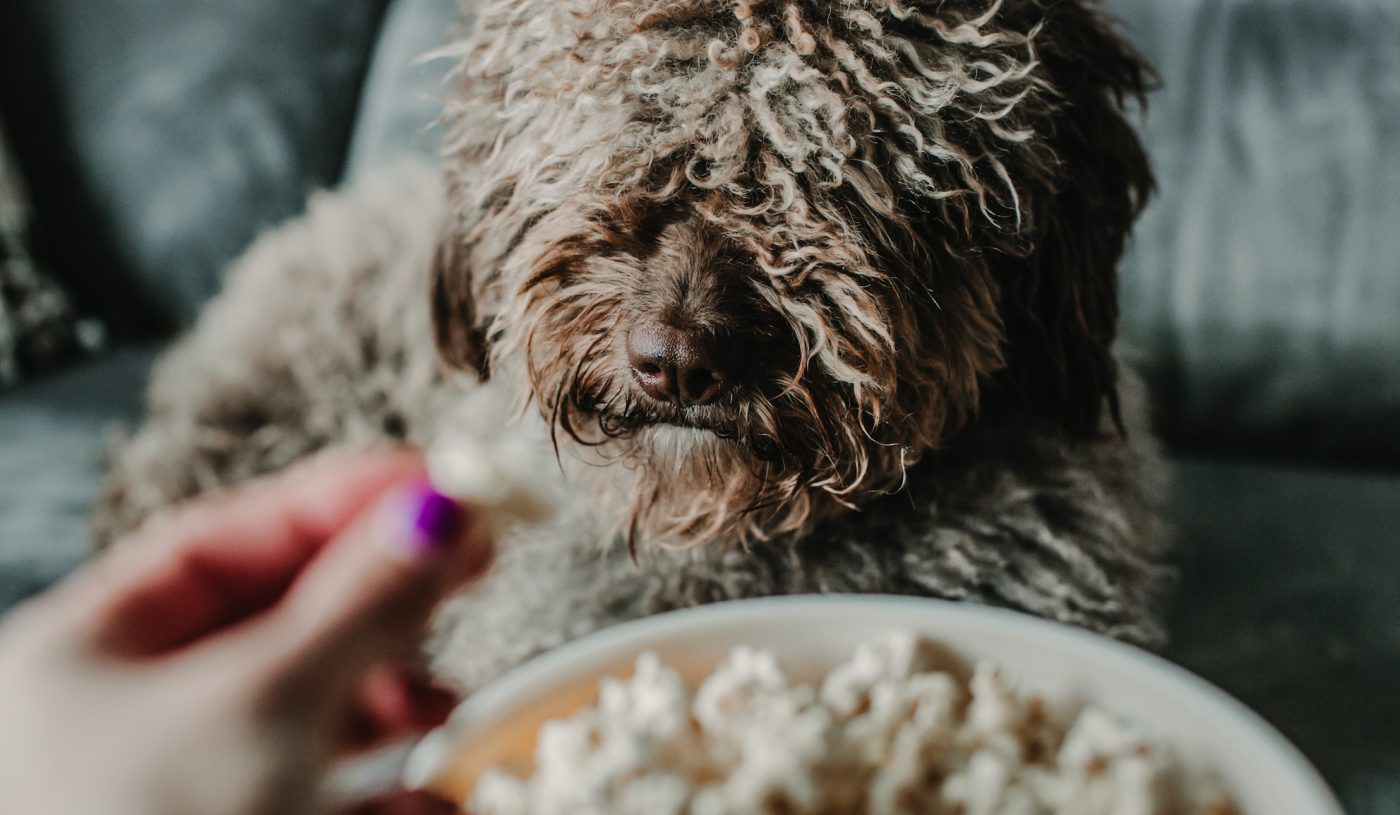 Can your dog eat popcorn? They can, in that it’s not toxic—but with a big caveat.

Popcorn is, as the name implies, corn that puffs up and pops when exposed to heat. But it’s not the same corn you find on the cob at the grocery store or farmers market; it comes from a particular type of flint maize that was first selected and bred by Native Americans roughly 5,000 years ago.

Compared to the corn that is often found in processed dog food recipes, air popped corn kernels have a higher water content, which expands when heated and is what causes the explosion that puffs up into the low-calorie treat people and dogs know and love.

A one-cup serving of plain, air-popped popcorn has 31 calories, less than a milligram of sodium, 6 grams of carbohydrates, 1 gram of protein, 26 grams of potassium, and 29 grams of phosphorus. 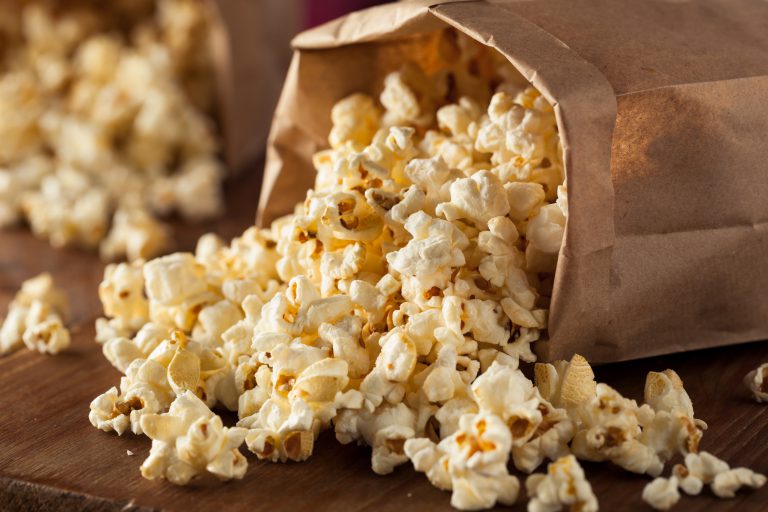 The benefits and drawbacks of popcorn

Popcorn is a low-calorie snack that is a decent source of key vitamins and minerals, and a good source of fiber, magnesium, phosphorus, zinc, and other minerals. In other words, nutritionally speaking, it’s… fine. There are a lots of other treats that pack way more of a nutritional punch, so popcorn isn’t something to feed for a health boost.

The individual pieces do make popcorn a good training tool, especially if you’re trying to control your dog’s calorie intake. Each individual piece has less than 1 calorie. So, some dog owners may wish to give these puffed perks to their dog occasionally.

But where sharing popcorn with your pooch gets tricky is with all the different means of preparing and seasoning popcorn. The most common preparations—movie theater and microwaved popcorn—are full of fats and salt and should be avoided at all costs. Not only are they high-calorie, but a one-cup serving of buttered, salted popcorn is approximately 80 calories and has about 30 mg of sodium. While sodium is an important mineral for dogs, they have relatively low sodium needs, and 30 mg is far too much for a snack.

Too much salt can cause extreme thirst and frequent urination and even result in kidney failure, heart failure, and other serious, potentially fatal health problems. While a few pieces of buttered popcorn dropped on the floor aren’t going to lead to kidney failure, it’s best to avoid giving your dog too many high-sodium items. So, you should always avoid popcorn with added salt, butter, oil, other seasonings, and preservatives—and, let’s face it, that’s most kinds of popcorn. Unpopped kernels can also be a choking hazard and harm teeth.

Conclusion: If your dog loves this treat, it’s fine to share the occasional few piece of plain, air-popped popcorn. Feed a few pieces to small dogs and a small handful to bigger dogs, occasionally. But don’t make it a go-to snack, and definitely don’t share any “enhanced” popcorn at all.