Hungry Eyes: Why Is My Dog Staring at Me, You, The Wall 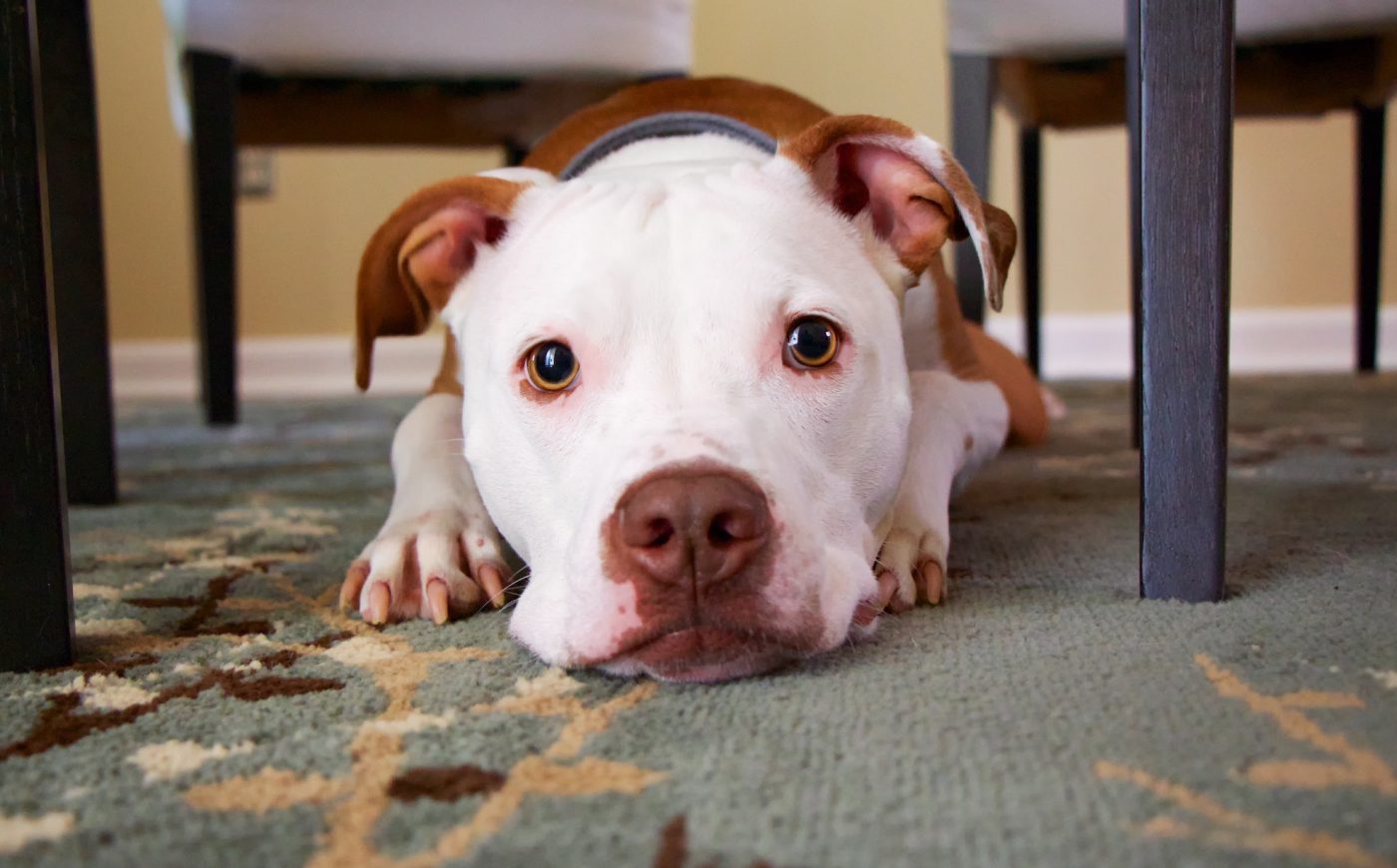 Everyone stares into space while collecting their thoughts (or lack thereof) and dogs are no exception. But there’s something disconcerting about a dog staring intensely at the wall, or a person.

Indeed, for dogs, eye contact is an important form of communication. It can mean affection, or the opposite, so it pays to understand what certain stares are saying.

Why is my dog staring at me?

If your dog is directing a lingering stare at YOU, it’s likely because they want to communicate something, or they just like looking at you!

To understand: They may be trying to figure out something you’ve said or a command given (see head tilting).

Because they want something: They may also be trying to communicate something they want, like to go outside, or, more typically, food. You may have unwittingly created a staring monster by giving them a treat when they leveled their adoring gaze at you.

Affection: A long gaze from your pup can also mean the same thing it means when we exchange long looks with others we love—it feels good, and builds our loving bond. Studies have shown the existence of an “interspecies oxytocin-mediated positive loop facilitated and modulated by gazing.” In simpler terms, when we stare into each other’s eyes, it increases levels of oxytocin, the so-called love hormone, in both dog and human, which makes us inclined to stare, and the cycle continues.

Why is ANOTHER dog staring at me?

To convey stress: When a dog stares intently at another person (not a family member), they could be trying to convey stress, perhaps to diffuse further confrontation. Dogs are smart and try to avoid a fight as much as possible, says Dr. Andrea Y. Tu, DVM, and medical director of Behavior Vets of New York.

As as early step on the Ladder of Aggression: Some simple dog behaviors, like staring, can be interpreted with the help of what’s known as the Ladder of Aggression, Dr. Tu says. The ladder helps explain the level of anxiety or stress that motivates behaviors, with lower anxiety behaviors on the bottom, scaling up to aggressive episodes. On the Ladder of Aggression, staring and stiffening ranks above low-key signals like licking. “As good dog owners, we should try to recognize these early signs of stress and help remove the source of our dogs’ fears when they are asking nicely, and never force them to go up that ladder and ‘yell’ (growl or snap) to get our attention,” she says. Pay attention to staring behavior and diffuse the stress source. “They are saying ‘get away’ very clearly,” Dr. Tu says, “and they could be nervous or anxious enough that the next level is a growl, snap, air bite ,or bite.”

If a dog you don’t know gives you a hard, unblinking stare with a stiff posture, don’t proceed with what you’re doing, as this could be a precursor to aggression.

When a dog is staring, at you or another dog, pay attention to the other body language that is paired with the eye contact, says trainer and founder of Dream Come True K9, Blake Rodriguez. A stiffening or general tenseness or change in body language with eye contact can be signs of impending trouble. Rodriguez says that very stiff stillness is the cue to watch out for; it’s a stiffness that is a bit different than just “regular” stillness that can simply mean your dog is focused on something.

Why is my dog staring into space?

One reasonable explanation for staring at the wall or some other space or object is that the dog’s superior senses are picking up on something humans can’t. Perhaps they see a tiny bug, hear a bird outside or smell the neighbor’s dinner (while many horror movies would suggest that they may also be picking up on an otherworldly spirit, we can find no peer-reviewed studies to support that claim). If you sit with a staring dog at their level, you can sometimes discern—and remedy—what has caught their attention.

When your dog stares too much

Staring requires a vet’s attention when it becomes frequent or compulsive. It could be a sign of cognitive dysfunction syndrome (CDS), otherwise known as canine dementia, or a more serious neurological issue in the brain. According to a  study by the Animal Behavior Clinic at the University of California, Davis, CDS is common, affecting 28% of dogs age 11 to 12 and 60% of dogs age 15 to 16. One symptom of CDS is disorientation, which is often expressed by staring. Other serious conditions that could result in staring are seizures or partial seizures, which can spark confusion and staring, even if convulsions are not present. Causes range from poisoning to inflammation or growths on the brain. When not related to illness, compulsive staring is often caused by conflict or stress, and a vet’s help can often alleviate it.

Conclusion: If your dog seems content and is staring at you, it’s because it feels as good to them as it does to you! If they’re staring when you’re eating, love may be secondary to a desire for a tasty bite.