Why Does My Dog Sniff Butts? 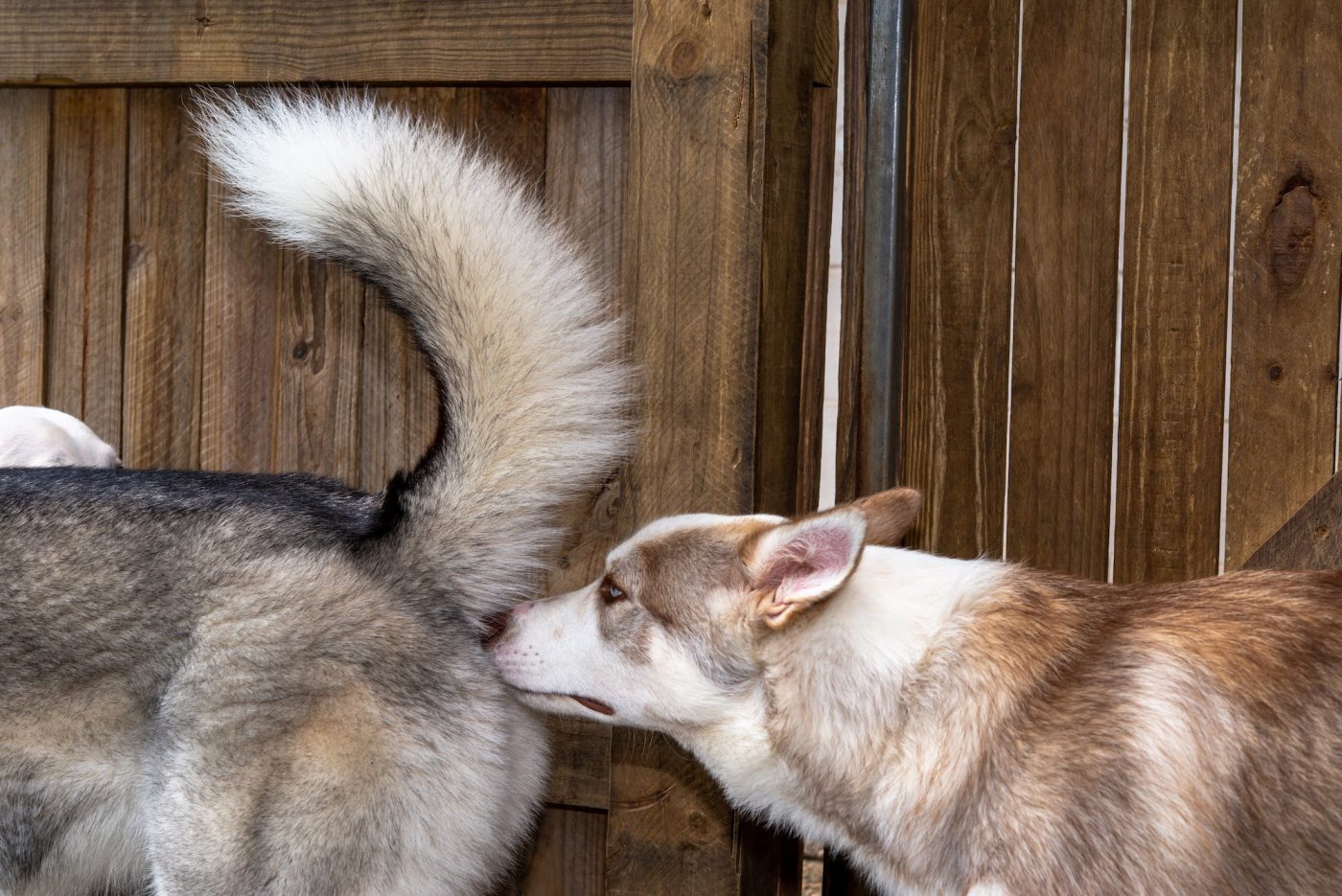 While dogs and humans have many things in common, this signature canine maneuver is where we part ways. What’s embarrassing to us, though, is not only proper etiquette for dogs, it’s a truly amazing form of chemical communication.

Why do dogs sniff each other’s butts?

When your dog smells another’s behind, they’re not sniffing poop, they are reading their life story, and catching up on what’s new, through their scent. “Dogs secrete pheromones, which are aerosolized hormones, through specialized glands at their backsides and near their ears,” says Andrea Y. Tu, DVM, and medical director of Behavior Vets of New York. Unfamiliar dogs inherently know not to sniff near each other’s ears, lest approaching a canine stranger head-on is perceived as aggressive and met with a bite. So sniffing a fellow dog’s butt is, Dr. Tu says, “the polite and non confrontational way for dogs to get to know each other.” 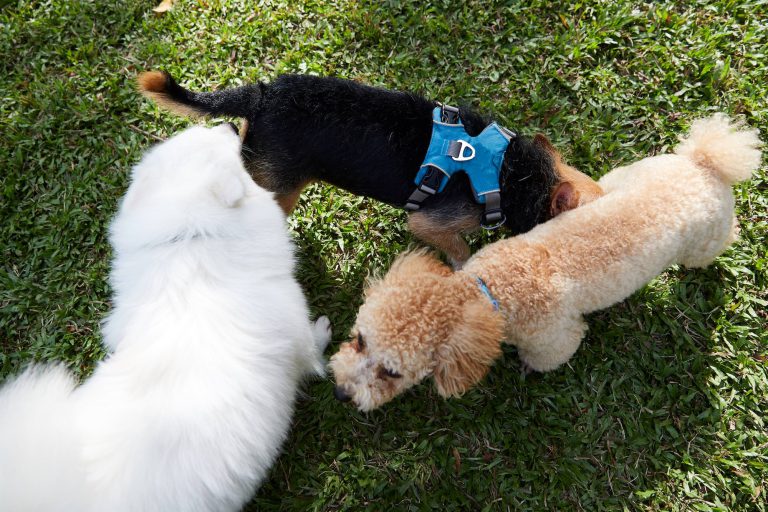 Dogs have a great sense of smell

“Sniffing” is actually an inadequate word for a dog’s olfactory superpowers. Compared with ours, the canine sense of smell is thousands of times more acute. While humans have about five million olfactory receptors in their noses, dogs are said to have around 300 million. Though their brain is smaller than ours, there’s a much larger proportion of it to processing smell. Their noses also feature what’s called the Jacobson’s organ. Called the “second nose,” it’s located in the nasal cavity near the roof of the mouth, and wired to a whole other part of a dog’s brain than the rest of the nose. This amazing organ plays a part in butt sniffing. It allows dogs to detect and interpret specific compounds, including the compounds in another dog’s anal sacs.

So, when your dog sniffs a butt, they can learn about another dog’s identity, gender, health, mood, diet, whether they’ve met before, and more.

Can I train my dog to not sniff other dogs’ butts?

Of course, if you want your dog’s attention on something else while they’re sniffing another dog’s butt, you should work on recall and other exercises that ensure your dog is paying attention to you when needed. But in itself, butt sniffing is a natural, healthy behavior, and unless your dog is acting aggressively toward another canine when they are in greeting mode, they should be allowed to communicate in this way. You may turn up your nose at butt sniffing, but it’s yet another amazing capability of dogs, so let your pup sniff away. In fact, if people could tell as much about each other with a quick butt sniff, we all might get along a little better.